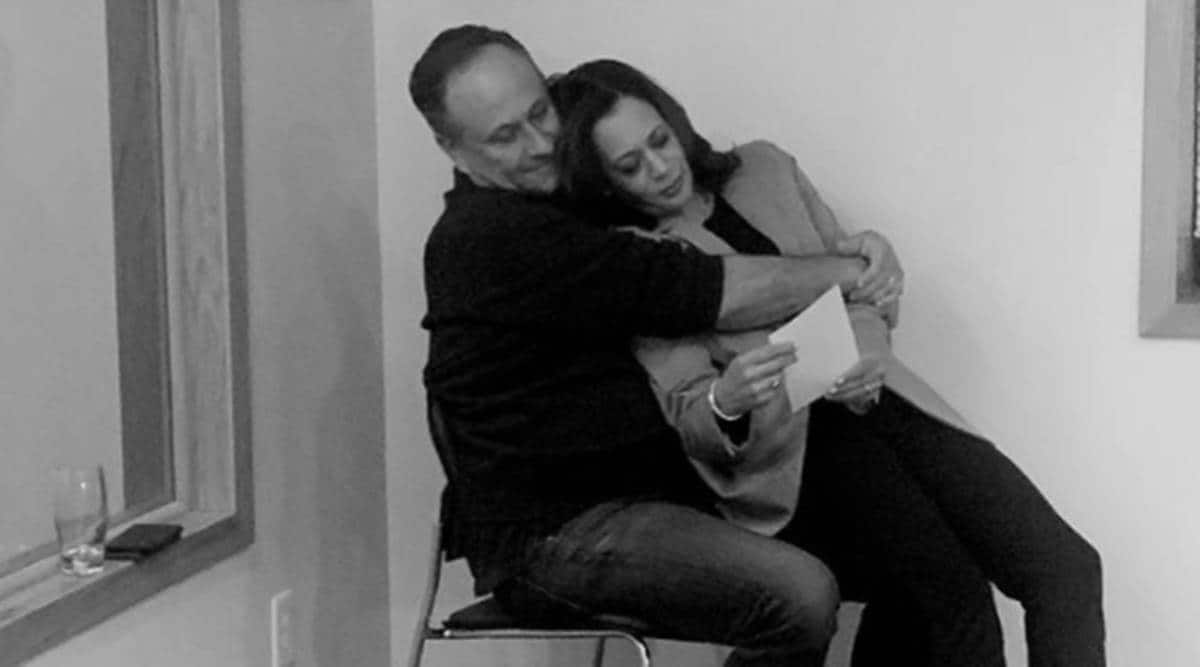 The couple got married on August 22, 2014 at Santa Barbara, California. Harris is a stepmother to her husband’s two children from his previous marriage. (Photo: Instagram/@douglasemhoff)

They have been married for six years now, and been together for longer than that, but US vice president-elect Kamala Harris and husband Doug Emhoff have been learning new things about each other, and sharing the same with the world.

In a recent interview for CBS News Sunday Morning, the couple shared some lesser-known facts about their relationship, including when Harris had to Google Emhoff before their first date in 2013.

“My best friend set us up on a blind date. She said, ‘Just trust me’. She wanted me to just kind of go into it. And she said, ‘Don’t Google him’, and I did,” Harris told host Jane Pauley, while Emhoff looked surprised.

On his part, Emhoff — who already knew a bit about Harris (who was then California’s attorney general) — revealed: “One of my buddies was in town and we went to the Laker game… I told him the story. I said, ‘What do you think I should text her?’ We sat there in the stands and came up with this text which was something like, ‘Hey, it’s Doug. Awkward. I’m texting you.'”

The rest is history. But, if there is one other thing that Harris loves deeply — after her husband — it is “Chucks”. She has been spotted wearing them on numerous occasions, and during the interview, she even admitted that Converse are her “casual go-to”.

“You know, I grew up with Chucks. I just love them. They’re comfortable,” she said, while her husband joked she has “several closets full of them”.

“When I met her, it was Chucks and jeans,” he said.

In a few days, Doug Emhoff will make history as the first husband of a female vice president in the US. Previously, during an interview with CNN, when anchor Jake Tapper had asked Harris to clarify how Americans should refer to Emhoff, she had said: “I think that the term has evolved into the ‘second gentleman’.”

And when asked if she would also call her husband that, Harris had said: “No, I’ll call him ‘honey’.”

The couple got married on August 22, 2014 in Santa Barbara, California. Harris is a stepmother to her husband’s two children from his previous marriage.

Explained: What happens when Pakistani civilians die in Indian custody?