Acting not my work, it’s my passion: Sandhya Mridul

Sandhya Mridul said she joined the profession for the love for her craft and hence cashing in on her success was never an option.

Kanan Gill said his Netflix original comedy special, titled Yours Sincerely, is about rediscovering the goals he had set for himself when he was younger.

COVID-19: Free online photography classes you can try at home

Today we are going to recommend you a few photography tutorial classes online, which are completely free of cost, for you to acquire or polish your photography skills.

If you don’t have a smart TV at home you can simply mirror your smartphone to your television and broadcast the phone’s content on the bigger screen. Here’s how you can do it.

PUBG Mobile temporarily suspended: Here’s why you are unable to play the game

Many players around the world are currently seeing a notification on opening the game which states that PUBG's servers are temporarily suspended and are not available for playing. 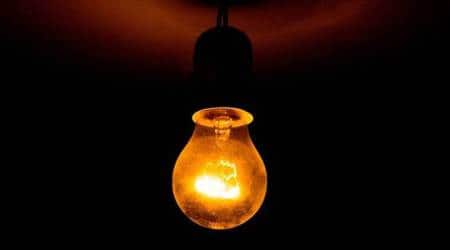 With the peak load demand down to almost half due to the lockdown, the utilities are putting together a plan to handle the nine minutes of lights out smoothly. 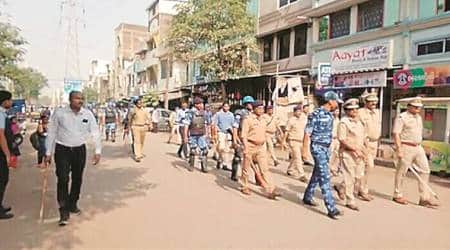 Apartment president, three others arrested for not allowing teacher to stay in her house

Refusing to let the teacher stay on the grounds that her son might have been infected with the coronavirus, the teacher was forced to spend the night at Surat Municipal School No. 2 where she teaches. Ahmedabad: Children take to online lessons to make up for the lost time

While the children are spending time in playing games and online study, the elders are more concerned about ensuring the lockdown and social distancing in the Pol. Teltumbde was booked under the Unlawful Activities (Prevention) Act for alleged Maoist links, following the violence at Koregaon Bhima village. According to police and health officials, the victim, Vinod Chaurasia, a resident of Satyam society in Palanpur city, was placed under home quarantine on March 20, after he had returned from Morbi district. He was tested negative for COVID-19. The Gujarat government on Friday told the Gujarat HC that the officers and personnel of Special Operation Groups have been directed to keep a watch on religious places of importance in their jurisdictions and report violations, if any, and take necessary actions. 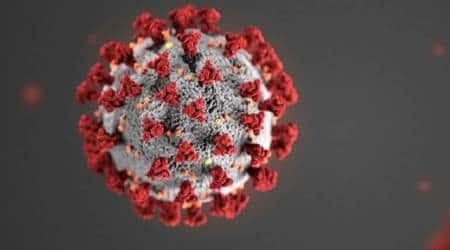 According to police, out of 103 people, 57 are from Ahmedabad, 20 from Bhavnagar, 12 from Mehsana, 8 from Surat, 4 from Botad and two from Navsari. Gujarat: Eighth casualty buried 85 km away from home, amid opposition from local residents

The 78-year-old man, a native of Godhra, was admitted at a private hospital in Vadodara, where he had tested positive for the virus and died on late Thursday. As per the notification, the government has offered contract-based appointment to retired officers and personnel from and below the rank of police sub-inspector for the next two months. 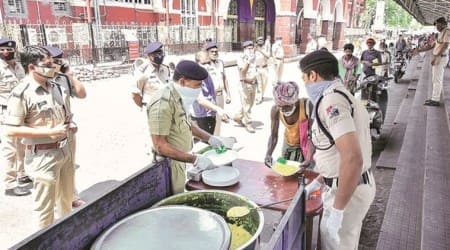 The food is prepared family members of the policemen and those policemen who are kept in reserve force of the district. As per the official government website maintaining records of mandis across the country, prior to the lockdown around 11-16 tonnes of brinjals arrived at the Vadodara APMCs which reduced to 6-7 tonnes after the lockdown. 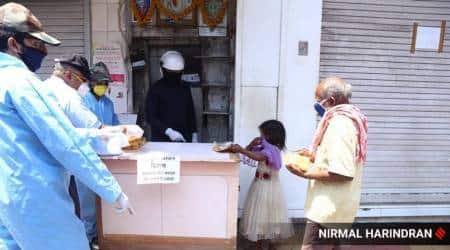 A community kitchen has been set up wherein grocery items are been brought, cooked twice during afternoon and evening and distributed among around 1,500 families. A 52-year-old man in Vadodara succumbed earlier in the day. The man and his wife had toured Sri Lanka. Their daughter, son and daughter-in-law are also infected. Lowest number of samples tested in a day, positive cases rise to 88 in Gujarat

The state has been testing an average of 100 samples a day since March 24. The number of COVID-19 cases in the state reached 88 on Thursday, while the death toll rose to seven with one person dying in Vadodara. Gujarat Director General of Police (DGP) Shivanand Jha said that the lockdown has not been completely imposed in the state, despite the police using over 80% of its workforce and machinery. After AMC makes names public: One complaint registered on resident in contact with COVID-19 positive case The state has been testing on an average at least 100 samples a day since March 24. The accelerator will be supported by UNICEF and various affiliations of the Gujarat University. The Ahmedabad Municipal Corporation (AMC) and the Ahmedabad Smart City project are also partners of the accelerator.