Everything you need to know about the 2022 Emmys

The 74th Primetime Emmy Awards are set for Monday, Sept. 12, at the Microsoft Theatre in Los Angeles. 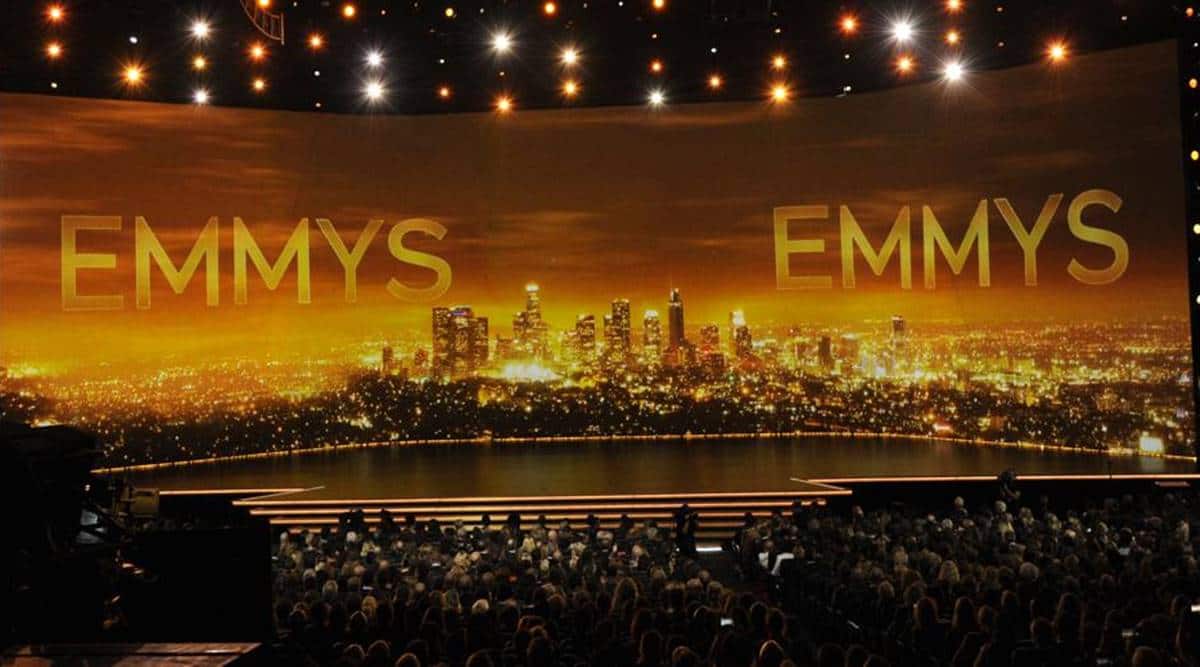 FILE - This Sept. 22, 2019 file photo shows a view of the stage at the 71st Primetime Emmy Awards in Los Angeles. (Photo by Chris Pizzello/Invision/AP, File)

The industry is expected to put on its Monday best, swan down the red carpet and celebrate itself and the wealth of shows across streaming services, cable and, to a degree that pales compared to years’ past, old-school network fare. The 74th Primetime Emmy Awards are set for Monday, Sept. 12, at the Microsoft Theatre in Los Angeles

Also Read |From Zendaya to Toni Colette: Here are all the 2022 Emmy lead actress nominees

But what’s a Hollywood awards show without a TV audience? A low-rated disappointment, and that’s where you come in. If you decide to do your bit and tune in, here’s a roadmap to everything you need to know about the 2022 Emmys.

The roughly three-hour ceremony will begin at 8 p.m. EDT and air live on NBC and, for free, on the streaming service Peacock.

But the Emmys, with 118 total awards, aren’t a one-day affair. Winners in 25 key categories including best drama and comedy series will be announced during the broadcast ceremony, with the rest divvied up between the Sept. 3 and 4 creative arts awards. An edited version of the weekend ceremonies, with categories including sound editing and cinematography, will air at 8 p.m. EDT Sept. 10 on FXX.

The 2022 Emmy Awards will stream exclusively on Lionsgate Play in India. Lionsgate Play subscribers will be able to watch the annual award ceremony from 5.30 am onwards on September 13.

Who is hosting the Emmys ceremony?

The honour usually goes to a comedian with a link to the network airing the event, and NBC stayed the course: It chose Saturday Night Live veteran Kenan Thompson, a first-time Emmy host who’s been preceded in the emcee job by a number of SNL stars. The ceremony has tried going without a host, most recently in 2019, but the results weren’t always pretty. Or entertaining.

Which shows are nominated for the top awards at the Emmys?

Some previous winners are vying again for best series honors, including Ted Lasso, a freshman when it won 2021’s best comedy series, and Succession, which claimed the 2020 best drama award. (The series didn’t air during the eligibility window for 2021, when The Crown won.)

There are also formidable newcomers, including the dystopian drama Squid Game and comedy crime romp Only Murders in the Building.

Among the nominated actors, those hoping to be repeat victors include Jason Sudeikis of Ted Lasso, Jean Smart of Hacks and Zendaya of Euphoria. Check out the full list of Emmy nominees.

What were the most surprising Emmy nods?

So many, where to begin? The farewell season of This Is Us got a single nomination, for original music and lyrics, after reaping Emmys for several cast members in years past. It was a similar case for the last year of “black-ish,” which ended its groundbreaking run with just two creative arts nominations. On the flip side, it was far from a slam dunk that Dave Chappelle’s The Closer, with its controversial anti-transgender comments, would earn a best variety special nomination. It did.

Who decides the Emmy winners?

The more than 17,000 voting members of the TV academy are eligible to decide nominees and winners in 14 categories, including drama, comedy and limited series. The acting awards, including lead, supporting and guest actors, are determined by peer groups, as are directing, writing and other individual areas of achievement. The number of nominees in most categories generally is tied to the number of submissions, with exceptions including best comedy and dramas series: They get eight nominees each.