Master Hirannaiah, known as the pioneer in bridging social and political issues to professional theatre breathed his last in Bangalore on May 2.  Aged 85, his plays and hard-hitting dialogues possessed irreplaceable relevance and enjoyed wide popularity. Master Hirannaiah, who hails from Mysore attained huge following as his play “Lanchavatara” began to feature satirical commentary on contemporary political scenarios since the late 1960s.

Hundreds including top politicians, cine stars and his followers attended the funeral held at his residence in Banashankari, Bangalore.

In a bizarre incident, at least 11 trains from Bangalore Division faced delays and operational issues on Wednesday (May 1) after signalling failed due to railway cables being robbed. This led to many passengers getting stranded at railway stations between Krishnarajapuram and Baiyappanahalli.

According to the Bangalore Division PRO’s office, new cables were laid to restore the services later during the evening. “Signalling failure began at 6.10 pm due to cable theft. We could restore services by 8.40 pm,” the office informed indianexpress.com

As pre-monsoon rains made a cameo also as an after effect of Cyclone Fani, Bangalore city received an average rainfall of 152mm in the last two days. The city has been receiving thundershowers after which waterlogging, power disruption and traffic snarls have been reported from across the city affecting the lives of lakhs of Bangaloreans.

Meanwhile, Bangalore has moved up 10 spots to become the 11th best city in the world for startups, according to a recent ranking system. Bangalore has bypassed Tokyo, Paris and Hong Kong in the last year to achieve this fete in the list that features over 1000 cities from 100 countries. 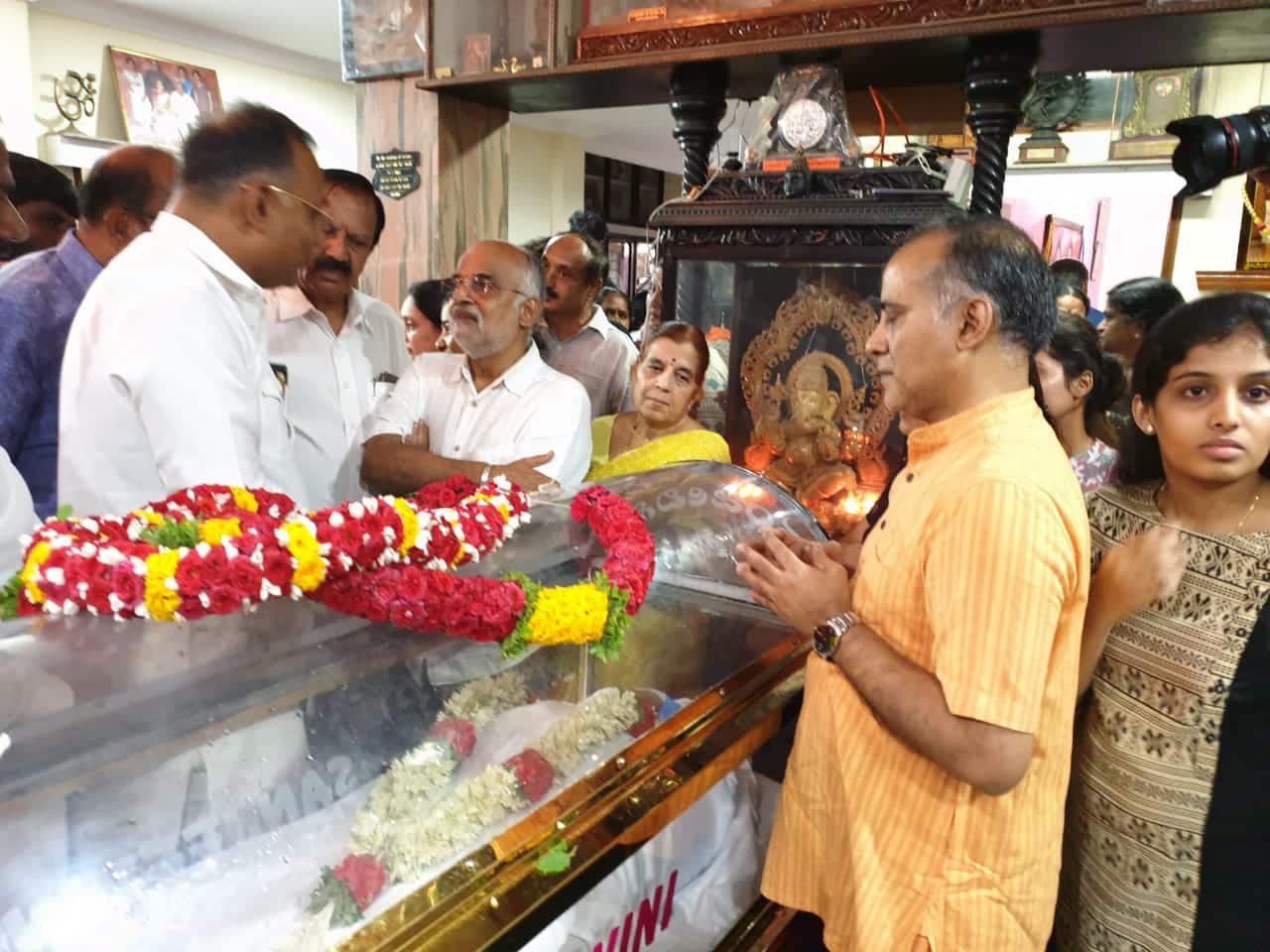 Average Air Quality in and around Bangalore city is moderate on May 2. At 4 pm, PM 2.5 (Fine Particulate matter) is at an unhealthy level if you are near BTM Layout. The same is  at moderate levels near City Railway Station and Hebbal

The National Institute of Advanced Studies (NIAS) in Bangalore will discuss 'Ancient Indian Knowledge System: Holistic Development of Children' on May 8. The discussion is scheduled to be held at the NIAS Lecture Hall from 4 pm next Wednesday.

#Antibiotics are medicines used to prevent and treat bacterial infections. Misuse of antibiotics puts us all at risk. #AntibioticResistance #SwasthaBharat #HealthForAll pic.twitter.com/TWj7zQzkg7

Firefighters arrive at scene, fire put out. No casualties reported

The fire has been put out completely after firefighters rushed to the spot near Bannerghatta.  However, the car got burnt completely. No casualties reported.

Moving cab goes up in flames near Bannerghatta, commuters panic

A moving cab caught fire, reportedly, due to a short circuit at Nice Road next to Bannerghatta.

Fortunately, the driver realised the same right at the beginning and escaped from further trouble.

However, commuters panic at the area while the same is being reported to the nearest police and fire stations Veteran actor Master Hirannaiah's corpse will be kept for public viewing at his residence in Banashankari. The funeral will take place at 6 pm

Former Karnataka CM Jagadish Shettar remembered late Master Hirannaiah for his contributions to the industry. "Master Hirannaiah was known for his ability to present societal issues through his sharp talks. His contribution to the world of theatrics is irreplacable. May his family have all the strength in this difficult times. May the departed's soul rest in peace," he tweeted. 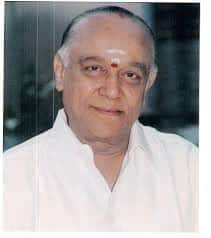 The performer was known for his strong criticism against leaders across political parties in Karnataka in the form of satire shows.

At 10 am, mercury levels in Bangalore are at 27-degree Celsius.

Bangalore today. Rain/thundershowers are likely to make an appearance, mostly by evening. The mercury levels are expected to range between 21 and 33-degree Celsius respectively. 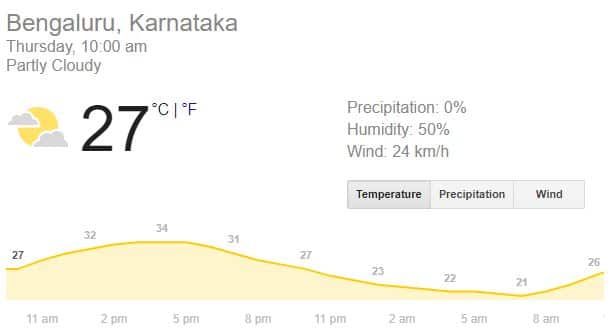 Taking the untoward situations that developed in Sri Lanka after the serial bomb blasts, Air India has waived off all charges for re-booking and re-validation.

The same is subject to availability in same fare class on its flights to/from Colombo for travel till 10th May, 2019, Air India informs. Average Air Quality in Bengaluru is Moderate. At 9 am, PM 2.5 (Fine Particulate matter) is at an unhealthy level if you are near BTM Layout or Silk Board. The same is  at moderate levels near Peenya, Hebbal and Jayanagar

Wondering how to make the day extra productive? Visit this science and tech exhibition then

Are you a science buff who loves innovations? Budding engineers will display innovative projects providing solutions to real life problems in the field of Robotics, rural technology, water purification, electricity generation, communication, programming and more at a science exhibition held in the city.

Organisers say that the event aims to provide a platform for college students, teachers and engineers to interact with innovators. Temperature likely to be between 21 - 33 degree Celsius today

The city will experience maximum and minimum temperatures od 33 and 21 degree Celsius respectively on May 2.

According to IMD,  Bangalore will see a generally cloudy sky today. Rain/thundershowers are likely to make an appearance, mostly by evening.

The weatherman has predicted a generally cloudy sky for Bangalore today. Rain/thundershowers are likely to make an appearance, mostly by evening. The mercury levels are expected to range between 21 and 33-degree Celsius respectively.