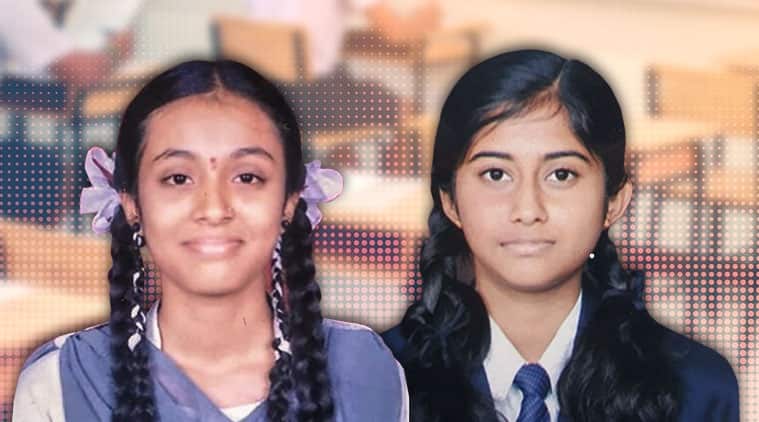 Hailing from a humble background, Naganjali resides in Kagal village near Kumta taluk. Her father, the lone breadwinner of the family, is a retired Border Security Force (BSF) soldier who now drives a tempo for a living. Expressing her delight soon after the results were announced, Naganjali said she was on cloud nine and could not believe herself that she topped the exam scoring centum across subjects. “Even though I had hopes of securing decent marks I never expected to be the state topper. I’m grateful to my school and teachers for their constant efforts to ensure we came out in flying colours,” she says.

Naganjali also adds that the year-long special preparatory sessions offered at school helped her through to achieve such a fete. According to her, the school organised five preparatory exams as the year progressed. “The conducive atmosphere at school encouraged me to prepare better and to spend time from 6 pm to 9 pm on a daily basis after class hours,” she says. The topper says she has got no time to chill as she is all set to start preparing for NEET to get into a prestigious government medical college after pre-university.

Srujana D, the other topper who scored 625 on 625, says revising daily lessons at home is her success mantra that also helped her fare well. “Science and Maths are my favourite subjects and hence I had the urge to learn concepts in depth,” she says. However, the youngster admits that being a state topper was something that she never thought of, even though she expected a score not less than 620.

Notably, Srujana’s dad A.N. Divakar, a high school science teacher is her mentor for the subject while she had a personal tutor to help her with her mathematical lessons. At a meeting held at St Philomena English High School soon after the results came out, Mr Divakar told with a chuckle, “I am a bad father. I never encouraged her (Srujana) to participate in anything but studies. Instead, I kept advising her to study well and sleep tight.”

VIDEO | How to deal with stress over exam results

As many as 11 students scored 624 on 625 to share the second rank of the 2019 Karnataka SSLC examinations. One among them, Shambhavi H.V of Samaja Seva Mandali High School says she stuck to the special study schedule to ensure she had time to prepare best for each subject. “My preparation during the last month before appearing for the exams helped me achieve this. Everyone around me, be it, my parents, friends and teachers always ensured I grow and learn in an encouraging backdrop and that has played a major role in my achievement,” she says.

The other students who ranked second of the Karnataka SSLC 2019 rank list include:

Explained: What is Contempt of Court?