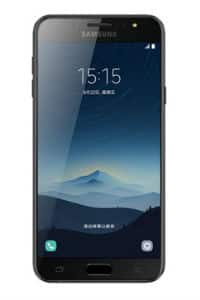 Samsung Galaxy C8 has a dual rear camera of 13 MP + 5 MP, while the front camera is 16 MP. The 13 MP coloured lens comes with ƒ/1.7 aperture, while the 5MP sensor is a monochrome one with f/1.9 aperture. Other features include LED, and auto-focus. The front 16MP shooter has a f/1.9 aperture with LED flash. The phone comes with the new Bixby voice-assistant page.

Samsung Galaxy C8 will let users take portraits with the depth effect. The Galaxy C8 also comes with a facial recognition scanner for unlocking the smartphone. There’s also a fingerprint scanner on the back.