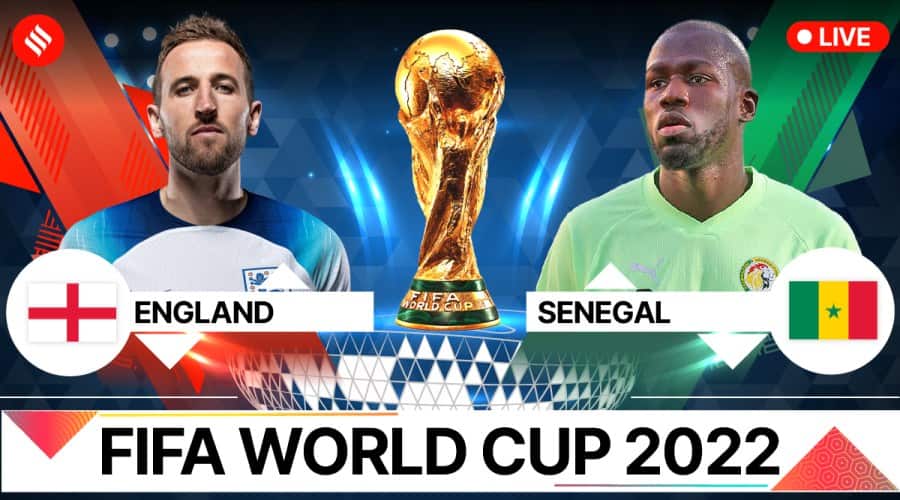 France were relentless on the attack as they pushed for an opening goal but could not unlock a sturdy Poland until just before the break when Mbappe played a pin-point ball through to Giroud, who hammered it past a diving Wojciech Szczesny to claim his 52nd goal for Les Bleus.

I have been asked by team management to be ready to keep wickets in ODIs: KL Rahul

Rahul has sporadically kept wickets and batted in middle-order back in 2021 and in the first ODI against Bangladesh, he did don the big gloves apart from scoring 73 runs.

Giroud, 36, had drawn level with Thierry Henry on 51 after netting a double in the defending champions' 4-1 win over Australia in their opening Group D game.

“Surya has informed us that he will be available for the second Ranji Trophy game. The selection committee today picked the squad for the first Ranji Trophy game (Vs Andhra) which will be led by Ajinkya Rahane,” MCA honorary secretary Ajinkya Naik told The Indian Express.

Bangladesh pulled off an incredible win against India to win a low-scoring thriller in opening ODI by one wicket on Sunday.

Hosts return from the dead to script remarkable comeback win over India in first ODI.

Teams focused on World Cup, not politics, had easier passage to last 16: Wenger

Referring to shock exits by Germany, Belgium and Denmark, Wenger, speaking during a technical analysis of the group stages by world governing body FIFA, said it was notable the teams that focused on football and started well, like Brazil, France and England, had easier passage to the last 16.

Neymar suffered the injury in Brazil's opening 2-0 win over Serbia, which ruled him out of their 1-0 win over Switzerland and the shock defeat by Cameroon, one of a series of injury problems within the squad.

First innings centurion Imam-ul-Haq was not out on 43 off 60 balls while one of four Pakistan debutants, Saud Shakeel, was lucky to be there on 24 after Keaton Jennings couldn’t hold on to a two-handed catch close to the wicket in the penultimate over of the day.

World Cup 2022 Highlights, France vs Poland: Olivier Giroud also registered in the record books after overtaking Thierry Henry as France men's all time record goal scorer with his strike in the first half.

The 34-year-old took a brilliant one handed catch, diving to his right inside the thirty yard circle after an uppish drive from Shakib through the covers off Washington Sundar.

After mixing it up with some left-handed batting, Root finally fell to a conventional right-handed sweep.

‘After 20 years, I still have to be careful’: Yuvraj Singh talks about the presence of senior statesmen in Indian dressing room

Yuvraj credited the Indian Premier League and mentioned how it has made younger players feel more comfortable around the big stars.

A father-son emotional moment at Dutch dugout and why was Daley Blind thinking about shoes after his goal?

A stubborn 82-run stand for the eighth wicket between Chase (55) and Joseph (43) delayed the inevitable for 1 ½ hrs on both sides of the lunch break.

How Australia’s Aziz Behich provoked Messi, but almost rebounded with the goal of the World Cup

Son of a Turkish-Cypriot migrant to Australia, Behich nearly pulled off the best goal of the tournament but it was not to be.

Pant was released following consultation with the BCCI medical team and no replacement has been sought.

Dumfries did it all against the Americans as the Netherlands extended its unbeaten run to 19 games as it pursues an elusive World Cup title.

Recently Steve Waugh has expressed about cricket's crammed schedule, saying the public "has almost overdosed" on the game and the interest levels are on the wane.

Growing up in Calchin, a village of 2000, the 22-year-old had first impressed with a rabona kick goal for River Plate.

This bond, this union we have, it's beautiful, Messi pays tribute to Argentina fans.

Messi has put on the best individual performance we have seen at this World Cup by a mile, says Ferdinand.