‘Jhalak Dikhhla Jaa 7’ to be tougher this season

The show will be judged by Remo D’souza, Madhuri Dixit and Karan Johar.

The newlyweds have reportedly headed to Ireland for a romantic honeymoon after their lavish wedding.

Kim Kardashian and Kanye West, who have made a habit of over-the-top, public displays of affection, got hitched on Saturday in a decidedly private spot: a Renaissance fortress in Florence.

The series, titled 'The Crown' will chronicle the Queen's reign from her ascent to the throne at the age of 26, right through to the present day.

Kim Kardashian was joined by her closest girlfriends for dinner and a bachelorette party.

Kris Jenner who is in Paris for daughter Kim Kardashian's wedding weekend, was spotted on May 20 and 21 wearing her diamond wedding ring.

Rohit Roy wants to do a show like ‘House of Cards’

Rohit Roy feels a show like 'House of Cards' is challenging and out-of-box.

Purab is excited to be a part of the 7th season of the dance show.

Kanye West has angered guests at his wedding to Kim Kardashian by constantly changing their plans.

"I like to play different roles in TV serials and do not want to create a particular image," Sheikh told reporters.

Lea Michele in an appearance on David Letterman show, said it was annoying the way people tried to pit women against each other.

Rohit Shetty says although he is a tough taskmaster, he has never tried to assert himself on the contestants.

Kim Kardashian to visit The Hamptons?

Anupam Kher to host show on real life of celebrities

Matt Davis will reprise his role as Alaric Saltzman on a regular basis when the supernatural drama resumes.

Kim Kardashian, Kanye West to get married in Florence?

Kim Kardashian and Kanye West would apparently hold a pre-wedding dinner in Paris before the nuptials in Florence.

CBS entertainment chairman Nina Tassler made the announcement during the network's press briefing ahead of its presentation to advertisers.

The comedy drew blockbuster numbers back when Charlie Sheen was a key player in the sitcom.

‘Glee’ to end after season six

Creator Ryan Murphy announced that the next season of musical Glee will be its last . 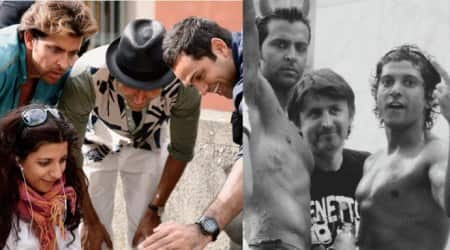