Tamil actor and dermatologist Dr Sethuraman passed away in Chennai after suffering a cardiac arrest.

In India, the first case of Ebola virus was reported in 2014. But, Kamal Haasan discussed it six years before in Dasavathaaram.

Rajinikanth has credited Mullum Malarum director Mahendran several times for making him the actor he is today.

Visu began his career working as an assistant under legendary filmmaker K Balachander. His first movie was Pattina Pravesam (1977) and got his first break with hit comedy movie Thillu Mullu, which starred Rajinikanth.

Rajinikanth posted a video where he said that the Janata Curfew can break the chain of transmission. He also added that India is trying to avoid the third stage of the COVID-19 pandemic and it is our duty to stop it from escalating further.

Kamal Haasan also expressed solidarity with Prime Minister Narendra Modi’s call for a Janta Curfew. He even asked fellow actors Ajith, Vijay, Rajinikanth and others to follow the PM’s request for a self-curfew from 7 am to 9 pm on March 22.

Actor Amala Paul has reportedly tied the knot with her boyfriend Bhavinder Singh in a private ceremony. Neither Amala or Bhavinder have announced their marriage officially yet.

Kavin and Amritha starrer Lift is touted to be an edge-of-the-seat thriller.

Reliable sources confirm that Arunraja Kamaraj is in talks with Karthi, but nothing has been finalised yet.

Vijay to play a dean in Master?

Since the story of Valimai is set against the backdrop of a bike race, Huma Qureshi is leaving no stone unturned to match up to Ajith's bike-riding skills.

Anaika Soti to feature in Santhanam’s next

Anaika Soti will play the female lead in Santhanam's next, directed by K Johnson.

Touted to be a thriller, Nayanthara-starrer Netrikann is produced by Vignesh Shivn under the banner Rowdy Pictures.

Though rumours mills are abuzz that Mysskin will collaborate with Simbu, sources now indicate Sudha has bagged the opportunity.

Suhas and Sharf are writing Dhanush's next movie, which will be directed by Karthick Naren.

Ayyappanum Koshiyum to get a Tamil remake

Kathiresan, known for producing Aadukalam and Jigarthanda, has bagged the Tamil remake rights of Ayyappanum Koshiyum, written and directed by Sachy.

Vijay is the second highest-paid actor in Tamil cinema, after Rajinikanth, who is said to have received Rs 118 crore for AR Murugadoss' Darbar.

Prashanth in Ashwin Saravanan’s next?

Sources say that Prashanth will play an important role in Ashwin Saravanan's next, starring Samantha Akkineni in the lead role. 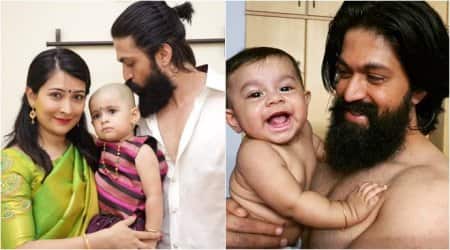