Hong Sangsoo’s delightful The Woman Who Ran is a slender wisp of a film, only 77 minutes, and extremely minimalistic in its execution. But the depths that it mines is quite astonishing.

Harvey Weinstein is gone, but Hollywood is still a man’s world

The entertainment industry has been doing things a certain way for decades, and not every aspect of it has been quick to change. Even as Harvey Weinstein was found guilty Monday of two felony sex crimes, Hollywood largely remains a man’s world.

Hunters, which features veteran actor Al Pacino and Logan Lerman in the lead, is about a group of Nazi hunters who track down and kill several SS soldiers hiding out in the United States.

As Gautham Vasudev Menon turns a year older, we chat with him over a steaming hot cuppa green tea. 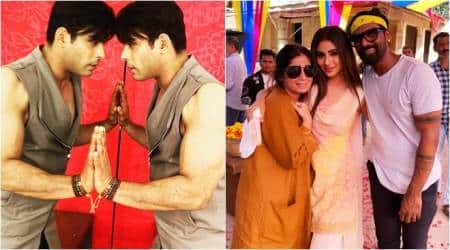