Money Heist Season 5: What to expect from the Netflix series

The team of Money Heist has been hinting at what lays ahead in its season five. This has left fans speculating about the fate of the Netflix show's major characters, including The Professor, Lisbon, Alicia Sierra and others.

Patty Jenkins, who helmed the original Wonder Woman and is coming back to direct Wonder Woman 1984, has said that the third movie will be her last.

Lata Mangeshkar said she couldn't send rakhi to PM Narendra Modi because of the coronavirus pandemic.

Due to the cloud's tendency to fade, scientists find it hard to study. However, Mars Express' Visual Monitoring camera makes it possible to get a photograph of the planet in a single frame instead of a combination of photos strung together.

Today we will be comparing various OTT platforms like Disney+ Hotstar, Amazon Prime Video, Netflix, Zee5 and more, on the basis of subscription prices, downloads, streaming options, and other key parameters.

Amazon Prime Day 2020: 10 best product launches to watch out for

You may want to look at these new products before going for existing products on discounted products on Amazon Prime Days sale from August 6 to 7. Soon after the attack, security forces cordoned off the area and launched a manhunt to nab the attackers. As of late Saturday, the operation was still on. Amid spike in Covid-19 cases, J&K prepares for Amarnath Yatra via shorter route

The 41-day Amarnath yatra was to begin on June 23, but owing to Covid-19, authorities are yet to make an announcement. On August 14 last year, Faesal was prevented from boarding a flight from New Delhi to Istanbul. He was then flown back to Srinagar and placed under detention at the Sher-e-Kashmir International Conference Centre along with other political leaders. They identified the deceased as Head Constable Amin Bhagat. A senior health official told The Sunday Express that Bhagat was declared brought dead at a hospital in the area. 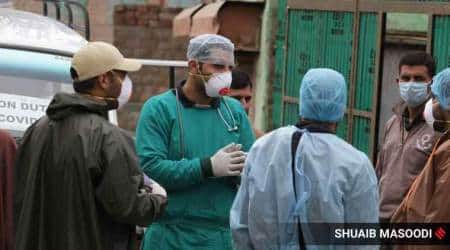 Kashmir: Day after doctor tests positive, hospital asks his patients to report back

Government Medical College, Baramulla, has warned people against hiding their contact history with the doctor. 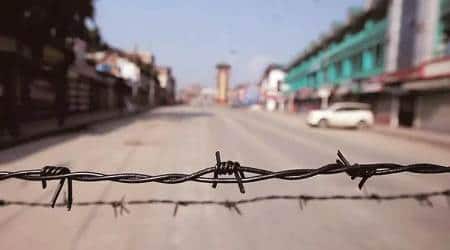 “You being the probable MLA candidate of National Conference are a potential threat to peace and tranquility, as you belong to the party whose manifesto is to agitate against the abrogation of Article 370, 35-A,” stated the detention document. “The youngest hiker in the drive was three-year-old Aizel from the business town of Sopore. She accompanied her father who is an avid hiker,” a statement by SAVAE said. PDP hits back at Jaitley, says Article 35A ‘neither a charity nor a concession to J&K’

Naeem Akhtar said that “it seems the Sangh Parivar considers itself above the Supreme Court and that is why Mr Jaitley has chosen to patronisingly pronounce that Article 35-A is constitutionally vulnerable.” “One fails to understand why my government’s historic decision to levy no stamp duty on property registered in the names of females was revoked,” Mufti said in a tweet. According to the local Meteorological Department, the temperature in Srinagar was recorded at -0.7 degrees Celsius on Thursday night. Suraya Begum delivered a girl around 8.30 pm. The baby died soon after birth. Now all weather road-connectivity to Ladakh in J&K

The road will also be a strategic advantage in the Kargil region which saw transgression from the Pakistani side in 1999. CISF to take over Srinagar Airport

The CISF has been seeking the job of providing security to airports in Jammu and Kashmir for a long time. 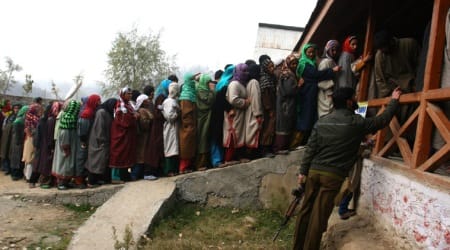 On 10 August, two persons barged inside the Jammu and Kashmir Bank branch and attacked bank guard Mumtaz Ahmad with pepper spray and a sharp-edged weapon in an attempt to snatch his 12-bore rifle, a police spokesman said. 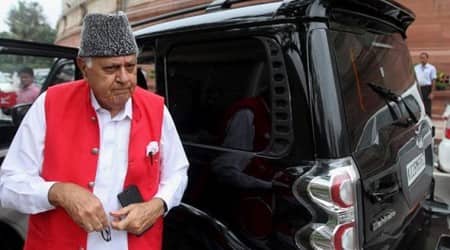 The National Conference patron and Lok Sabha MP said his party had never been a promoter of governor’s rule but it appeared to be the only way to arrest growing unrest in the state, which he asserted is fast slipping into anarchy under the PDP-BJP government. 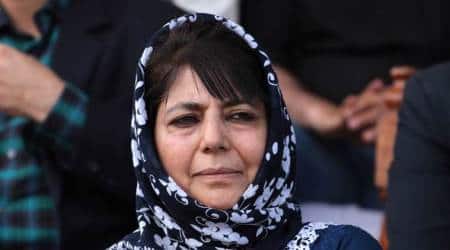 Besides discussing the overall security scenario in the state, Mufti asked heads of security agencies to implement Standard Operating Procedure (SOP) while executing operations in different parts of the state. 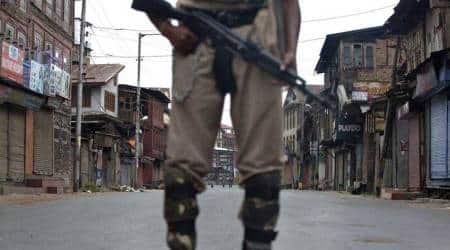 Police on Thursday termed the news fake and said the man in the photograph is Special Police Officer Bilal Ahmad. 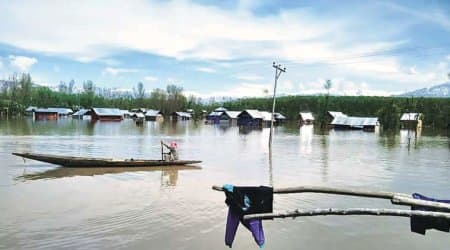 The government has directed the police to remove “unnecessary” concertina wire on roads and around security establishments and asked security forces to “beautify” bunkers. “The militants appeared at the Bugam branch of Jammu and Kashmir Bank in Kulgam and tried to loot the money. The alert security personnel present there, however, foiled their attempt,” the police spokesman said. 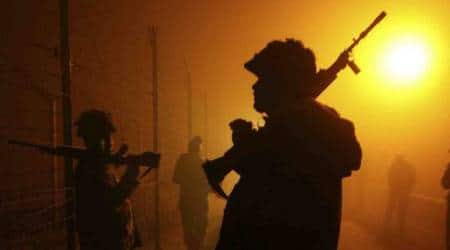 The meeting was chaired by Army’s top commander in Kashmir, Corps commander of 15 Corps A K Bhatt, and Inspector General of Police S P Pani was present at the meeting with other senior Army and police officials. Soon after the militants tried to snatch the weapon of a BJP leader’s PSO, police, Army and CRPF personnel launched an operation. This was followed by a gunfight between the security forces and militants. Three militants killed in Valley encounter, one of them an ‘IS recruit’

The three militants — Fazili, his classmate and friend Syed Owais Shafi, and a ‘foreigner’ — reportedly came out of the house where they were hiding and opened fire as they tried to break the cordon. They were killed in retaliatory fire. 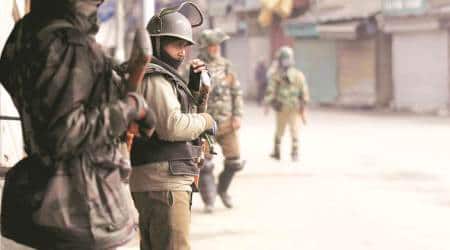 J&K Police said the three youths were apparently accompanying the militant, but that facts are still being ascertained. The incident triggered protests in Shopian, with people taking to the streets. “Militancy can’t hold us back. We want to market state’s tourism potential aggressively. The state has suffered a big setback in the past due to bad publicity.” According to the study, the air quality recorded for Srinagar city in the Kashmir valley, which is relatively surrounded by pollution-free environment, was found to start declining from the month of October.