Horticulture Minister Mahender Singh Thakur said that 5.83 lakh metric tonnes of apple are expected to be produced this season. The apple season begins in July and lasts till October. 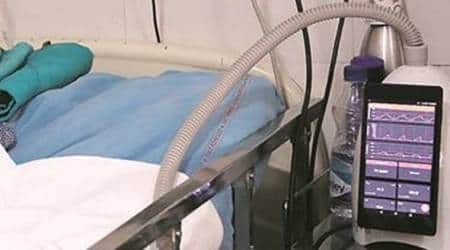 The new ventilators include 178 transport ventilators and 322 intensive care unit ventilators, and health workers and staff members at various institutions are being trained to operate these machines.

Neeraj Bharti’s posts were critical of the government and Prime Minister Narendra Modi, and were related to the death of Indian soldiers in Galwan and the situation at the LAC. According to SP Karthikeyan G, the police had come across gunny sacks filled with poppy husk in a truck during the checking of vehicles at Haroli on the night of May 30. An above-normal snowfall this past winter had raised hopes of a bumper crop among fruit growers. What followed over next few months, however, were frequent spells of hailstorms and thundershowers accompanied by gusty winds. 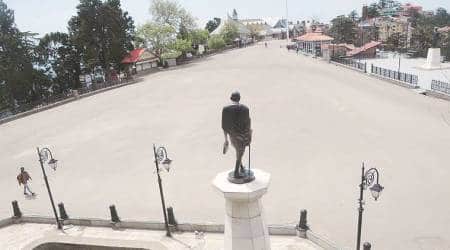 Suffering in Shimla: those dependent on tourist flow

Most of the small businesses dependent on tourists – those offering horse rides, trolleys for infants, taxi service, or sellers of toys and food items – have vanished for now, while hotels, guesthouses and homestays are shut. 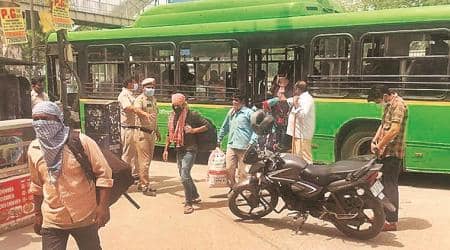 According to officials, Hamirpur has witnessed a spurt in cases after people in large numbers returned to the state from parts of the country recently. 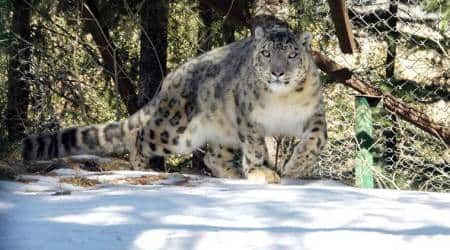 HP: Snow leopard rescued in Spiti to be released into the wild

The cub, aged 6-8 months, was rescued from a livestock pen in Gue village on May 2, and brought to the Himalayan Nature Park in Kufri for examination and recovery. The total number of confirmed cases in the state is now 51, including the four new cases on Friday. Her 21-year-old son had travelled to NCR for a kidney-related treatment and had returned home a few days ago.

43 sheep, goats killed in Spiti: ‘Captured snow leopard is a cub, too young to hunt’

The leopard was initially believed to have killed 43 sheep and goats, and was brought to Kufri to be examined.

After maintaining strict guidelines on entry into Himachal since the beginning of the curfew here, the state government decided to bring back 105 stranded students from Kota last week following mounting pressure by concerned parents. 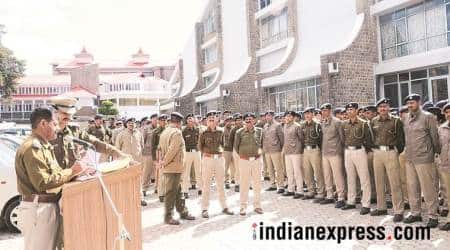 Not right that some tenants being asked to vacate due to communal divisions: Himachal Police

In a video address to the public, Himachal Pradesh DGP S R Mardi appealed to citizens to rise above their differences and put up a united front against the virus. The woman was “forcefully” quarantined at a hospital after district authorities learnt about her symptoms, officials said. The order includes employees of departments of health and family welfare, and medical education and research. Himachal Pradesh recorded its first COVID-19 death Monday as a 69-year-old Mcleodganj resident who recently returned from the US passed away at a hospital in Tanda.

City centres and marketplaces of Shimla, Dharamshala, Manali and other towns and villages were deserted, devoid of traffic and commercial activity. Coronavirus: Himachal bars darshan at several temples; advises devotees to do it online

Entry to several temples in the state has been suspended ahead of the Navratras scheduled from March 25 to April 2, when devotees congregate in large numbers at some of the major temples in Kangra, Una, Bilaspur, Hamirpur and Sirmaur districts.

Sunil Mohan Jetly, a resident of Kasumpti, has registered his grievance with District Superintendent of Police Omapati Jamwal under section 154(3) of the Criminal Procedure Code, which deals with refusal of a police station in-charge to record information related to a cognizable offence.