Pooja Hegde has made her first appearance on the red carpet of the 75th Cannes Film Festival.

Aishwarya Rai Bachchan has been a regular at the Cannes Film Festival.

The new ad is all about “privacy” and how users should start caring about their data.

Here's all you need to know about the Realme Narzo 50 and Narzo 50 Pro smartphones.

Tech InDepth: What are 10-bit display panels and should you care?

Here's how 10-bit panels work and whether you should care about one being present on your next smartphone.

Police said the accident took place at around 12 pm at Sagar Chem Food Industries, a salt-processing factory located in the estate of Gujarat Industrial Development Corporation (GIDC) on the outskirts of Halvad on the Maliya-Viramgam state highway.

“Sometimes, daughters worry as their parents often sell their land or house or take loans for their marriage and they (parents) can’t repay the debt during their lifetime,” CR Paatil further said.

Assembly elections are due in Gujarat later this year and Narendra Modi’s visit to Jasdan, a Congress bastion, is seen as the BJP’s groundwork for the polls.

The CM also met a Congress delegation led by the Leader of Opposition in the RMC and assured them to look into their demands.

The housing society is an initiative of the state government, in collaboration with the Vicharta Samuday Samarthan Manch (VSSM) and the civil society.

In BJP stronghold of Rajkot, Arvind Kejriwal throws down gauntlet

This was the third rally in Gujarat by Kejriwal, the AAP national convenor, in quick succession, after a Tiranga Yatra in Ahmedabad in March and a tribal sammelan with Chhotu Vasava of the Bharatiya Tribal Party in Bharuch on May 1.

22-yr-old killed over relationship with woman from another community

After learning about the incident, the woman, who turned 18 recently, attempted to kill herself but survived, police said, adding the two accused were arrested on Thursday.

RLDA, a statutory body functioning under the Railways Ministry, has solicited request for proposal (RFP) from private contractors for the work after holding a pre-bid consultation meeting with national and state-level developers.

According to the proposals, the RMC purchased total one lakh rapid antigen test kits and 50,000 viral transport media (VTM) kits for collecting samples for RT-PCR tests.

Will take elderly to Ayodhya for free if voted to power: Arvind Kejriwal in Gujarat

Adding that over the past three years, the Delhi government took 50,000 elderly persons on pilgrimages, Kejriwal said, “There has been a BJP government in Gujarat for 27 years. Did BJP take any of you to Ayodhya for darshan?”

The expense was incurred due to change in design and escalation of prices of material but the civic body has recommended penal action against the design consultant of the project.

Talati, 3 family members among 5 killed in accident near Morbi

Police said the talati and her parents were residents of Morbi town and that Mahendra Raveshiya was an advocate by profession. Raveshiya’s husband Jigar who was driving the car was injured in the accident and has been admitted to a hospital in Morbi.

The arrest of the duo came a few days after a purported video of people driving in a van and chasing two Gir lions went viral on social media.

Centre to procure more gram from Gujarat farmers, state to step in if there’s excess: Minister

The state government has not made physical procurement of gram from farmers in years. The decision comes ahead of the Gujarat assembly elections scheduled later this year.

According to police, the incident took place when the two girls, who belong to different villages of Keshod taluka, reached Keshod bus station Wednesday for taking their annual school examination in the town.

Farmers have sown sesame in 1.07 lakh hectares (lh) so far, around 85 per cent increase over the last year’s average sowing area of 58,291 ha, the latest data from the state agriculture department shows.

As per the latest data shared by the RMC, teams of the civic body have checked a total 9,163 water connections, including 4,041 in a single day on April 25. In all, the teams detected 144 cases of people pumping water directly from distribution lines with the help of motor-pumps.

‘Kakar was acting as an interpreter for Raji Haider Zaidi of Jamia Nagar, Sandhu and Imran Amir, a resident of Muzaffarnagar of Uttar Pradesh. He knows languages of Afghanistan as well as Persian and Hindi and was playing a key role in smuggling the heroin worth Rs 280 crore into India’

In a joint operation with the ATS, the Indian Coast Guard had intercepted the boat off Jakhau coast on Monday and apprehended the nine Pakistani nationals and seized 56 kilogrammes of heroin worth Rs280 crore from the fishing trawlers.

On the inaugural day of the season, the APMC recorded the arrival of 3,740 boxes (each containing 10 kg mangoes) and the modal price was Rs 900 per box, Harsukh Jarsaniya, secretary of the Talala APMC said. 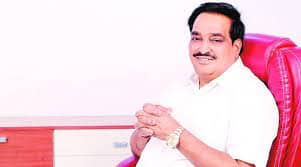 Gujarat govt should help those suffering due to Ukraine conflict: Paatil

Addressing a meeting of builders from Saurashtra, Paatil said, “Today, we are saying prices of steel, petrol, etc., have gone up.”

The AICC incharge was in the city to preside over the district-level chintan shibir (brain storming session) for Rajkot, attended by AICC secretary Ramkishan Ojha, who is also incharge of Gujarat, former Leader of Opposition in Gujarat Assembly, Paresh Dhanani, local Congress MLAs and party leaders.

Mevani’s arrest is attack on his rights, says Gohil

The MP, who has also served as the Leader of Opposition in Gujarat Assembly, also advised party leaders and workers to exercise restrain while making public statements.