Saroj Khan, the one who danced to live

Remembering the iconic choreographies of Saroj Khan, the 'masterji' who changed the landscape of Bollywood dance.

Bhumika Chawla on Sushant Singh Rajput: It’s been almost 20 days and I wake up thinking of you

Bhumika Chawla on Friday shared an emotional post on Sushant Singh Rajput who died by suicide on June 14.

Smartphones that got expensive and cheaper in India recently

Here is a look at all of the phones that have either seen a price increase or decrease in recent times.

TikTok ban in the country has resulted in a surge in downloads for desi apps such as Chingari, Roposo, Bolo Indya, Mitron, among others.

Realme CEO says already contributed more than 7500 direct jobs in manufacturing plant in Greater Noida, targeting to expand workforce to over 10,000 by year-end 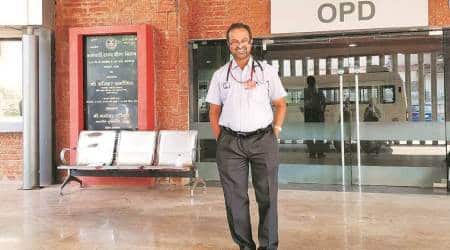 In the past three months of their service, Dr Gomes and his team of four helped in a good number of recoveries, treated and monitored around 333 patients working several shifts. Once they arrive in Goa, tourists will be required to visit the nearest tourism kiosk, where they will undergo basic thermal screening. They will also have to get their mandatory documents verified, before they are allowed to proceed. Currently a sitting MLA and a former health minister are being treated for Covid. 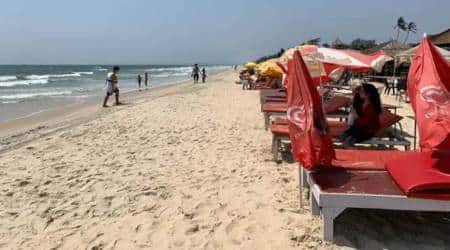 The announcement comes even as Goa looks at the possibility of containment zones, with 713 active Covid-19 cases and around 330 people quarantined in various facilities. “I might have said in the past that it’s a community transmission in Goa. But I enquired and was told that it was not so..the virus is not in the air,” the CM said. The tourism department has so far granted permission to 250 hotels, which can operate in keeping with the standard operating procedures (SOPs) put in place by the state government. Till Tuesday, Goa reported 1,315 COVID-19 cases and three deaths due to the disease, as per official data.

This is the first time the government has acknowledged community transmission, with cases spread across various talukas in Goa. On Friday, the state had 667 active cases and 370 recovered cases. The school has suspended all live recordings and recorded sessions for Thursday and will now admit students into Zoom study sessions only after they submit written applications. The school has suspended all live recordings and recorded sessions for Thursday and will now admit students into Zoom study sessions only after they give written applications. The school management has also asked parents to monitor children’s online activities and study sessions. 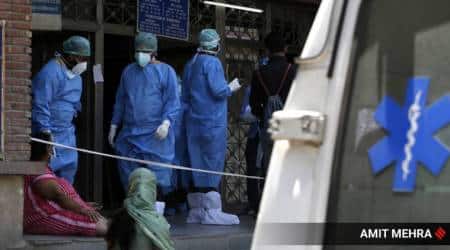 Goa till date has recorded 864 Covid-19 cases, with 711 cases still active. Of them, 83 people had returned to the state from other parts of India and abroad. 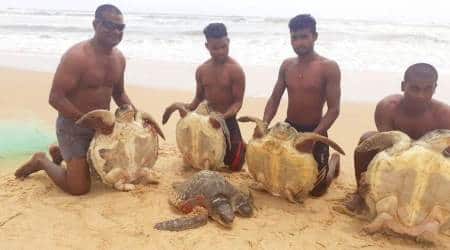 One of the turtles sustained minor injuries and has been left in the care of the state’s forest department.

According to the Goa Police, around 8:15 on Sunday evening a crowd gathered outside the health centre soon after residents got wind of the government’s plan. According to those at the site, the villagers were scared of the “infection spreading among locals”. 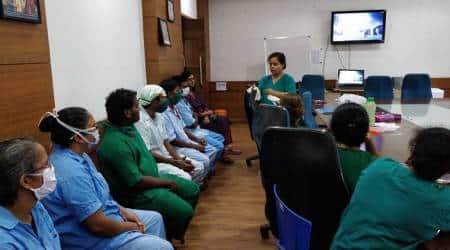 The patients will be shifted to a separate facility at the Shiroda Public Health Centre which has a capacity of 220 beds. 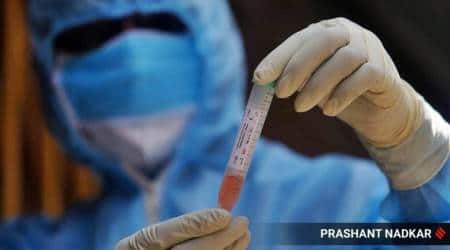 Early this week, the densely-populated Mangor Hill in port town Vasco was designated a containment zone after a family of six tested positive. 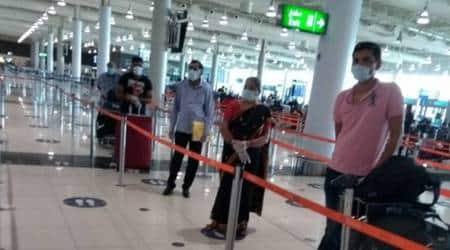 Later in the night, everyone finally agreed and went to their quarantine facilities. 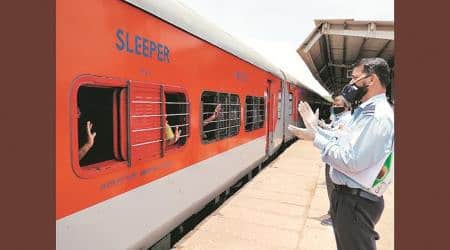 As Rajdhani arrives in Goa, most happy to be home, some object to Covid test charge

While the Shramik Express ferries daily wagers and stranded workers to their home states, the Rajdhani emergency train service is now expected to run at regular intervals, ferrying those who can afford to pay train tickets to return home, or settlers who have their second home in Goa. After 40 days with no case, Goa hit with wave of 8 cases

These cases have tested positive thirty night days since the last Covid-19 case was detected on April 3. With this, Goa’s Green Zone classification — a status it enjoyed since May 1, could be under threat. Migrants board train in Goa to return to J&K

‘Heavy heart, but happy to be returning to families’ 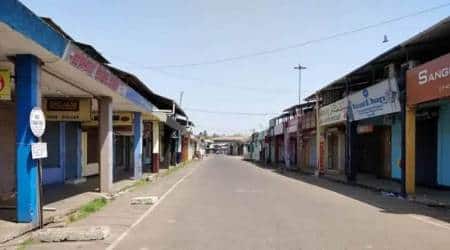 Seafarers entering the state have to undergo a mandatory 14-day institutional quarantine even if their tests come negative, with their agents and companies having to pay for the hotel stay