In MP, patient’s body dumped on pavement as 2 hospitals pass the buck

CCTV footage showed the ambulance driver and another person in a PPE kit leaving what looked like a lifeless body on the pavement before returning to Chirayu Hospital. After some time, People’s Hospital staffers tried to revive the patient but in vain. 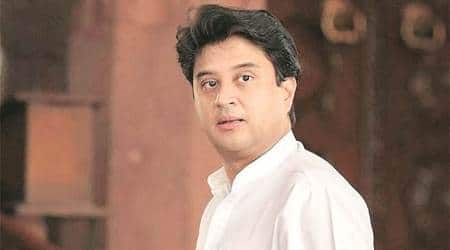 Describing the Kamal Nath government as “brashton ki sarkar” (government of the corrupt), Scindia said voters will respond in the by-elections for 24 seats, all of which will go to the BJP. Shivraj Singh Chouhan’s three-month wait ends, Scindia gets 12 of his own in Madhya Pradesh ministry

Of the 28 ministers who were inducted on Thursday, only 18 are from the BJP, which has 107 MLAs in the 230-member Assembly. Most contractors give up liquor licences, MP faces choice: Run vends or re-auction

A division bench on Thursday gave contractors three days to submit affidavits conveying willingness to run vends. The court said failure to do so will entail re-auction of the shops. The matter will be heard next on June 17. World Environment Day | 17 years and counting: When even a pandemic could not stop Betwa river’s cleaning

Handing over pans of garbage to the next volunteer in the chain, mainitaining social distancing, a group has been cleaning polluted river Yamuna’s tributary, Betwa, in Madhya Pradesh’s’s Vidisha, for over 17 years now. For the past few months, the father-son duo was trying to return to Congress. While son Ajit Borasi went against the BJP line to criticise the new citizenship law, Premchand Guddu recently slammed Jyotiraditya Scindia whose rebellion brought down the Kamal Nath government. Sohail Hughes’ sister Aatika claimed he had been forced to take refuge in a mosque in Bhopal after the swift implementation of lockdown. “If there was one leader who challenged Shivraj Singh Chouhan in the region it was Scindia. On the previous occasion Scindia won the seats single handedly, this time he and Chouhan will be on one stage,” said Jatav after meeting Chouhan in Bhopal. 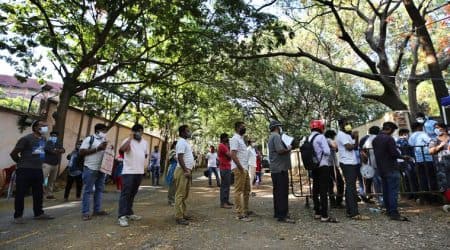 BJP MLA from Pandhana constituency Ram Dangore wrote to the Chief Minister on Monday demanding that the 2010 officer be transferred for her failure to contain the spread of the infection. Chief Minister Shivraj Singh Chouhan said that through such concessions, he hoped to attract investment to the state in the next 1,000 days. The state has proposed amendments to the Factories Act, Madhya Pradesh Industrial Relations Act and Industrial Disputes Act. The incident took place on Wednesday evening when the minor was playing outside her house with other children, police said. Covid-19: Indore gets over 200 positive cases in a day

Forced with a backlog of nearly 1500 samples, the Indore administration was forced to seek the state government’s help in sending a special plane to Delhi with samples. 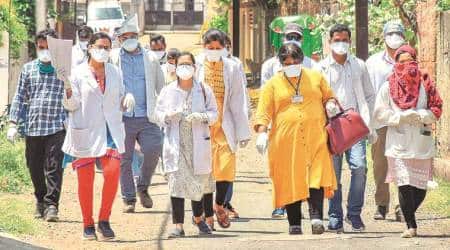 Madhya Pradesh’s worrying numbers come at a time when almost the entire top health bureaucracy had to remit charge after testing positive. Over 45 state health officials are currently in hospital and at least two isolated at home. 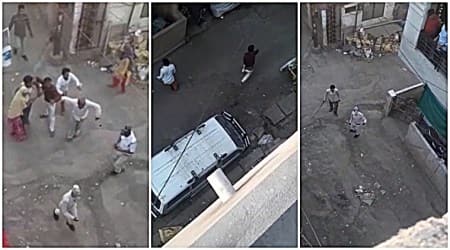 The incident took place when the constable stopped a vehicle carrying more than five persons who wanted to buy vegetables by defying restrictions. The child’s father said that the couple had named their child ‘Lockdown’ to forever remind them about this unprecedented period. 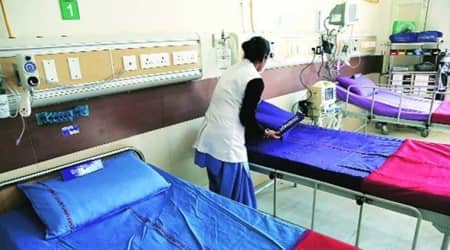 With so many health officials, including those who had interacted with the chief minister and other bureaucrats, testing positive for the infection, the government has kept an alternate list of officers ready. 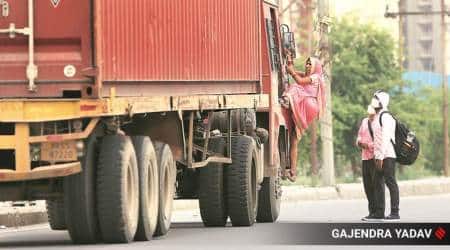 After surge of cases, lockdown imposed in Indore district

Madhya Pradesh has so far reported 47 cases, with 27 from Indore alone. Of the latest eight cases, seven came from Indore and one from Ujjain, the neighbouring city which has reported two deaths. The journalist’s daughter had recently returned from London via Delhi. Her brother who accompanied her from Delhi to Bhopal in Shatabdi Express has tested negative. Baraiya and former chief minister Singh, who filed his nomination on Thursday, are the Congress’ candidates from Madhya Pradesh. Baraiya (57), an engineering graduate, is a former state president of the Bahujan Samaj Party (BSP) and is a Dalit leader from the Gwalior-Chambal belt. The BJP has fielded two candidates — Jyotiraditya Scindia and Sumer Singh Solanki – although it can comfortably manage votes for only one seat. The Congress has fielded Digvijaya Singh and Phool Singh Baraiya, making it a tough fight for the three seats going to the polls.