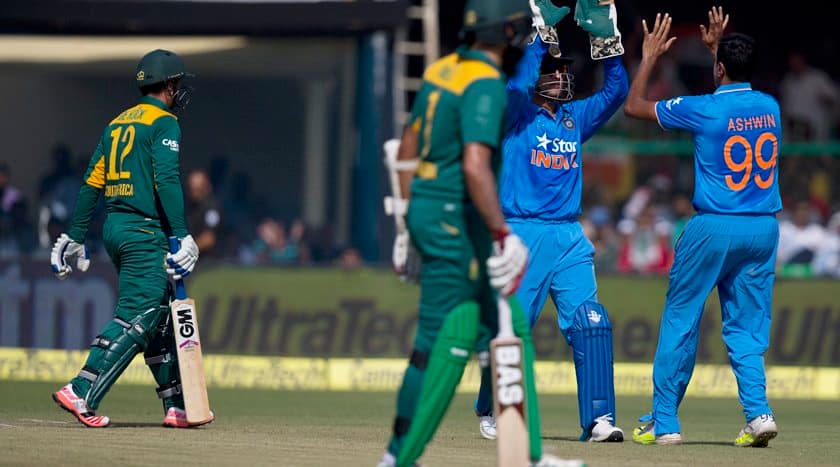 Ashwin blow It’s difficult for a captain to change bowlers when only one bowler is in form. R Ashwin was MS Dhoni’s only breakthrough bowler but as fate would have it, he suffered a side strain. Before the injury, Ashwin was a threat for South Africa, but later India missed him dearly. As Dhoni would admit later, he missed the six overs Ashwin didn’t bowl of his quota. When Ashwin returned to bowl an over, South Africa’s scoring rate had jumped from 4.5 runs to 5.5 runs per over. In the end, Indian bowlers failed to contain AB and Behardien.