Eight of the 11 seats were held earlier by the BJP and one by BJP ally Apna Dal (Sonelal). The seats of Rampur and Jalalpur (Ambedkarnagar) were held by the Samajwadi Party and the Bahujan Samaj Party, respectively. 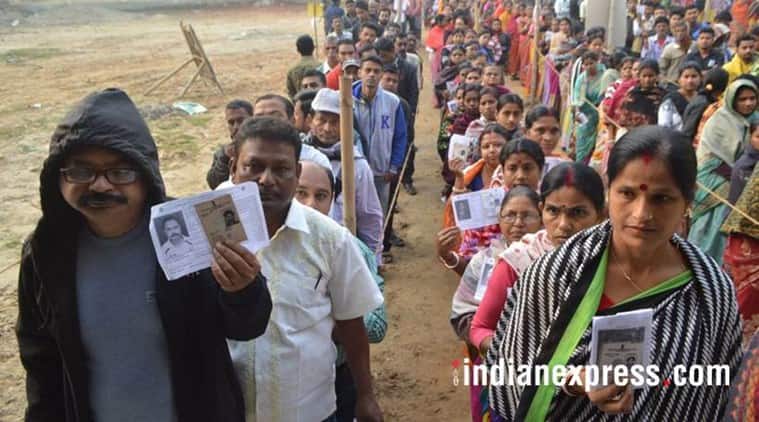 Voting for the bypolls to 11 Assembly seats in Uttar Pradesh began on Monday morning amid tight security.

Eight of the 11 seats were held earlier by the BJP and one by BJP ally Apna Dal (Sonelal). The seats of Rampur and Jalalpur (Ambedkarnagar) were held by the Samajwadi Party and the Bahujan Samaj Party, respectively.

The BJP, BSP, SP and the Congress have fielded their candidates on all the seats.

According to the office of UP’s Chief Electoral Officer, 109 candidates are in the fray for the bypolls to the Assembly seats of Gangoh, Rampur, Iglas (SC), Lucknow Cantonment, Govindnagar, Manikpur, Pratapgarh, Zaidpur (SC), Jalalpur, Balha (SC) and Ghosi.

The by-elections were necessitated after some MLAs were elected to the Lok Sabha and resigned as members of the state Assembly. The Assembly constituency of Ghosi became vacant following the resignation of sitting MLA Phagu Chauhan after he was appointed as the Governor of Bihar.

The maximum candidates, 13 each, are from Lucknow Cantonment and Jalalpur Assembly constituencies, followed by 11 in Ghosi and 11 each in Gangoh, Pratapgarh and Balha (SC).

The bypolls are being seen as a contest between the BJP’s Swatantradev Singh and the Congress’s Ajay Kumar Lallu, both of them keen to hit a victory note as their parties’ Uttar Pradesh unit chiefs to boost the morale of their workers before the 2022 state election.

The saffron party is hoping to increase its tally in the Legislative Assembly by registering a win in Rampur, held by the Samajwadi Party, and in Jalalpur, held by the Bahujan Samaj Party.

On the other hand, the opposition parties are expecting to repeat the success they tasted in the bypolls to Gorakhpur, Phulpur and Kairana Lok Sabha seats, and in the Noorpur assembly constituency last year.

The Congress, in particular, hopes to show signs of revival in UP after its battering in the Lok Sabha polls in which it won just one seat, party chief Sonia Gandhi’s Rae Bareli constituency.

In contrast, the BJP won 62 of the 80 parliamentary seats in the state and an ally bagged two more.

The BSP and the SP, which were in an alliance in the general elections, ended their tie-up after the polls. The BSP-SP combine won 15 seats. In the 2017 assembly polls, the SP had a tie-up with the Congress.
Both Swatantra Dev Singh and Ajay Kumar Lallu exuded confidence that their parties will emerge victorious in the bypolls. While, Singh claimed that the bypolls will be “one- sided” for the BJP, Lallu said there are “indication of good results for the party”.
In the UP Legislative Assembly, currently the BJP has 302 members, the SP 47 and the BSP 18. The BJP’s ally Apna Dal (Sonelal) has eight legislators, while the Congress has seven MLAs in the House.
The India-Nepal border in UP’s Bahraich district, where voting is underway for the Balha (SC) Assembly constituency, was sealed on Saturday evening and will be re-opened to normal traffic at 6.00 pm on Monday, Superintendent of Police (Bahraich) Gaurav Grover said.