No candidate denied ticket in UP due to his religion: BJP

The BJP has so far announced its candidates for 370 out of 403 assembly segments in UP, where voting will be held in seven phases next month. 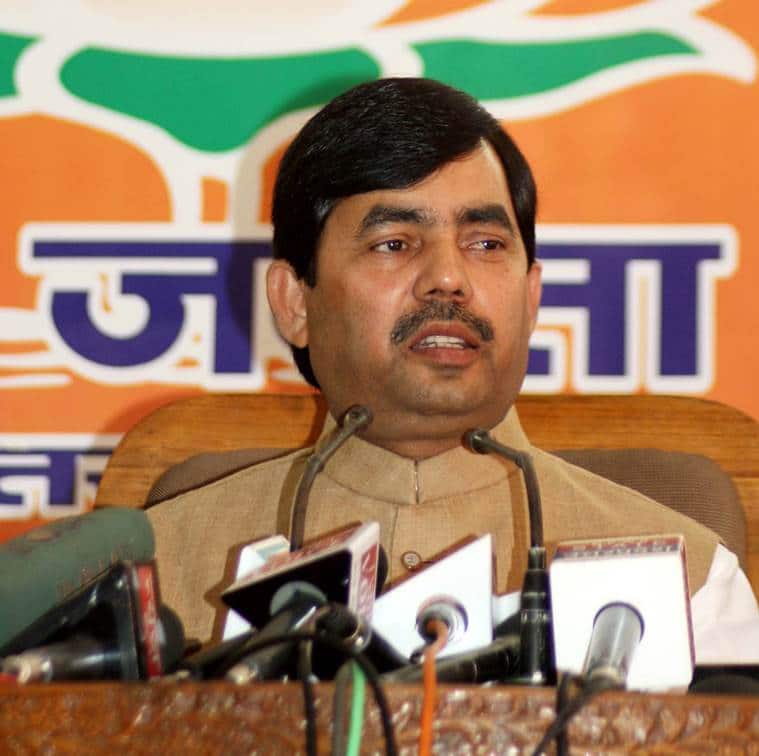 In an apparent damage control, BJP on Sunday clarified it had not denied tickets to Muslim candidates in the Uttar Pradesh Assembly polls “owing to their religion”, while asserting that the mention of “triple talaq” in party manifesto underscored its “commitment to welfare of minority women”. (Representational Image)

In an apparent damage control, BJP on Sunday clarified it had not denied tickets to Muslim candidates in the Uttar Pradesh Assembly polls “owing to their religion”, while asserting that the mention of “triple talaq” in party manifesto underscored its “commitment to welfare of minority women”. Addressing a joint press conference here, party national secretary Siddharth Nath Singh and official spokesperson Shahnawaz Hussain, defended the party’s position in safeguarding the interests of minorities in the poll-bound state.

“If a large number of people flee their homes out of fear, it must be a cause for concern for any responsible political party. Let us not view this problem through the prism of religious affiliations,” he said referring to mass migration of Hindus from Muslim-dominated town of Kairana in the state.

BJP leader Shahnawaz Hussain had kicked up a row on Saturday by stating that the party had not fielded any Muslim candidate in the Uttar Pradesh Assembly elections as it did not find winnable candidates from the community.

“BJP has not given tickets to Muslim candidates from any of the assembly seats in Uttar Pradesh as the party could not find even a single candidate who could ensure a win,” he had told reporters at Kota in Rajasthan.

He had also said that ticket distribution on the basis of caste during elections was “obligatory”.

Hussain along with Singh, however, said at the joint press conference that the distribution of party tickets by BJP was solely based on merit.

“We do not believe in discriminating against people in the name of religion. That is the reason why we have been opposed to giving reservation in jobs on religious grounds. Our party believes in working for betterment of all. We have demonstrated this approach in all the states where we are in power as well as at the Centre under the leadership of Prime Minister Narendra Modi.

“On the other hand, practitioners of the brand of politics, which makes an issue out of giving tickets to Muslims ought to be held accountable for their plight. We have given tickets only on merit,” the leaders said.

On being asked about the construction of Ram temple at Ayodhya, the BJP leaders said, “We have only reiterated our commitment to the issue. Construction of temple through the legislative route would require legislation both at the Centre and state levels.”

The BJP has so far announced its candidates for 370 out of 403 assembly segments in Uttar Pradesh, where voting will be held in seven phases beginning next month.

There have been speculations that the reported move of BJP to not give tickets to any Muslim candidate in the state, where the minority community has a sizeable presence, could be a subtle way of playing the Hindutva card.

BJP is hoping to make a comeback in the state, where it has been relegated to the position of a marginal player for nearly a decade. This is in contrast with the 1990s, where the saffron party was a major player, riding the wave triggered by the Ram Janmabhoomi movement.

The party’s hopes of revival in the politically crucial state were bolstered in the 2014 Lok Sabha polls, when it put up a stunning performance, winning 71 out of the 78 seats it had contested. The BJP leaders also spoke at length on the party’s vision for the development of Uttar Pradesh as elucidated in the party manifesto released yesterday by party chief Amit Shah.

They also claimed that “a wave in favour of our party is sweeping across the state and it has forced sworn enemies like Congress and Samajwadi Party into a tight embrace.”

Terming the Congress-SP tie-up for the state Assembly polls a “sangam (confluence) of lawlessness and corruption”, Hussain and Singh also ridiculed the coalition’s catch line “UP ko ye saath pasand hai (UP likes this alliance)” launched by Rahul Gandhi and Akhilesh Yadav earlier in the day.

“The slogan launched by Congress vice-president and UP Chief Minister sounds like an obvious parody of a Bollywood song. Such gimmicks would, however, not succeed in these two parties’ attempts at brushing aside their failures, while in power at the Centre and in the state, under the carpet,” they added.