In poll season, Central security for 25 BJP leaders in UP, Punjab; Cong says bid to scare

Baghel has been given Z-category security of the Central Industrial Security Force (CISF). Sources said he had Y-category security earlier. The Centre decided to upgrade his security after his convoy was pelted with stones in Mainpuri recently. 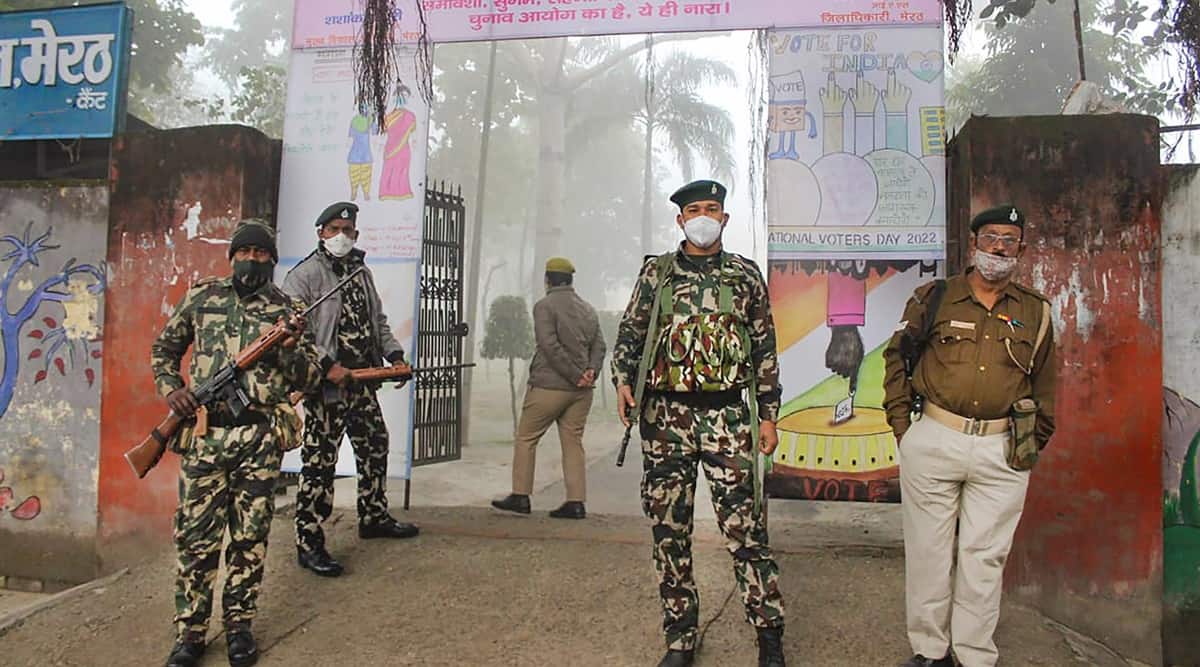 According to sources, many of the leaders in Punjab who have been given security joined the BJP recently. (Representational Photo/PTI)

Baghel has been given Z-category security of the Central Industrial Security Force (CISF). Sources said he had Y-category security earlier. The Centre decided to upgrade his security after his convoy was pelted with stones in Mainpuri recently.

BJP MP from Bhadohi in Uttar Pradesh, Ramesh Chand Bind, has been given X-category CISF cover till the elections. Delhi MP Hans Raj Hans has been given Z-category security for his campaign visits in Punjab.

Barring these three, all the other BJP leaders who have been given Y and Y-plus category security of the Central Reserve Police Force (CRPF) till the elections are from Punjab, including Chief Minister Charanjit Singh Channi’s former aide Nimisha Mehta. Some of the prominent names on the list are: Avtar Singh Zira, Sardar Didar Singh Bhatti, Sardar Kanwar Veer Singh Tohra, Sardar Gurpreet Singh Bhatti, Sardar Hariot Kamal, Sukhvinder Singh Bindra and Parminder Singh Dhindsa.

Ministry sources said the security cover was given following Intelligence Bureau reports of threats to their lives during elections. According to sources, many of the leaders in Punjab who have been given security joined the BJP recently. “One of them even wrote to the Centre seeking central security cover, claiming a threat to his life,” said an official.

When contacted, the Election Commission declined to comment on the matter.

Criticising the move, Congress communication department head Randeep Surjewala told The Indian Express: “Z-category security is now being distributed by the central government for BJP leaders like political lollipops and status symbols and as a tool of intimidation. Every institution in this country already stands trampled. In the middle of the elections, the use of such blatant and naked tactics like Z-category security aimed at creating fear psychosis and scare among the people and also to be used as status symbols is nothing but an affront to democracy and speaks volumes of the BJP’s impending loss of power.”

In a similar move in the run-up to the West Bengal polls last year, the Centre had granted central security cover to over a dozen BJP candidates and politicians in the state, including TMC leader-turned-BJP candidate Suvendu Adhikari.

A mall in the metaverse? It’s already happening