The 49-year-old alleged that she was mercilessly beaten from day one by her interrogators, using a belt with a wooden handle that made her nervous system go numb. 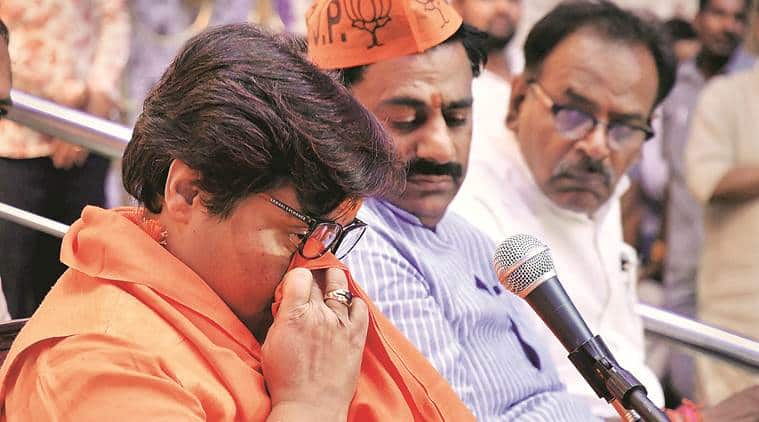 Malegaon blast accused Sadhvi Pragya Singh Thakur broke down during a public appearance on Thursday, a day after her candidature was announced by the BJP, while narrating the torture she was allegedly subjected to while in custody.

The 49-year-old alleged that she was mercilessly beaten from day one by her interrogators, using a belt with a wooden handle that made her nervous system go numb. She said she was not sharing her ordeal to gain sympathy but to ensure that no one else, especially women, is made to undergo such an experience in future.

She alleged that male police officials took turns to torture her, they beat her day and night, and wanted her to confess that she had carried out the blast and killed Muslims.

“They tried to kill me but I did not die. It was god’s gift. They subjected me to inhuman torture, both physical and mental. They violated the Constitution and misused the law by keeping me in illegal detention. They (Congress and UPA) are still able to carry on with their politics because there was no opportunity to awaken the society. Because I am living proof of their black deeds, they are getting rattled,’’ she said, adding that she was able to endure it because she is a nationalist. 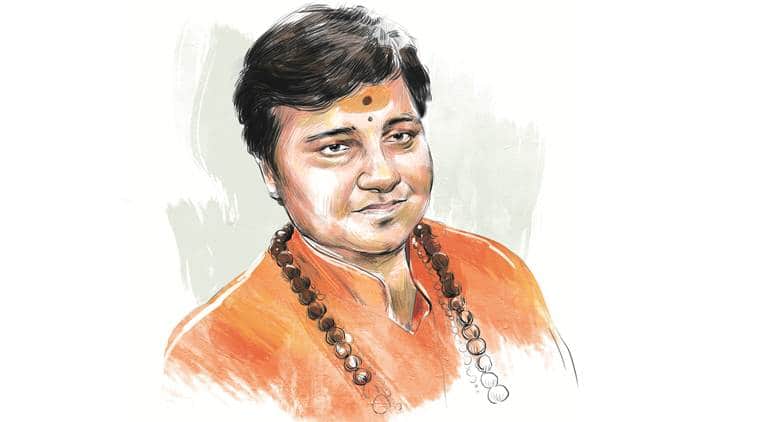 The Bhopal Lok Sabha seat, which has over 18 lakh voters, including 4.5 lakh Muslim voters, will go to the polls on May 12.

When asked who would set the agenda for her campaign, she said, “The party. I am nobody. I have dedicated myself to the nation.’’

Explained | The case against Sadhvi Pragya

Thakur indicated that her campaign would focus on national security and the term saffron terror. “Development can take place only when the country, its borders and religion are safe,” she said, adding that those who make anti-national statements end up helping enemy nations.

The BJP candidate from Bhopal alleged that the Congress had carefully coined the phrase ‘saffron terror’ because it wanted an unchallenged run by targeting and eliminating “sanyasis, the symbol of sacrifice in the Tricolour and the spirit of sacrifice from the country”.

When asked about NC leader Omar Abdullah’s remark on a terror accused who got bail on health grounds being fit enough to contest elections, she said that such people can demand that she be put in jail again because “they tried to kill me. They did not let me come out on bail. I got cancer and my spinal cord was damaged. I am surviving only because of my strong spirit and some scientific experiments.”

When asked how she would campaign if she was unwell, she said that society was with her. “I am even ready to die. I won’t be bothered if I die after society is awake.’’

She insisted that she was innocent and “the NIA constituted by them after 26/11 has given me a clean chit”. She said that before she was jailed for the first time, she did not face a single criminal case.

Meanwhile, Congress candidate Digvijaya Singh said the Bhopal battle had become a national debate and voters would have to decide which route the country would take. He said the Prime Minister follows a certain ideology and the Congress’s fight against it will never end.

“The country’s temper is not communal. People here are not fundamentalists or religious extremists. But they can’t speak their mind openly because they will be accused of being traitors,’’ he said, addressing a gathering of artists and writers at the Congress office.