Sadhvi Pragya is ‘Hindu terror accused’, ashamed she has been made candidate: Swara Bhaskar

Referring to the allegations against the BJP candidate, Bhaskar said it was shameful that a terror accused has been made a candidate and it’s not an insignificant charge. 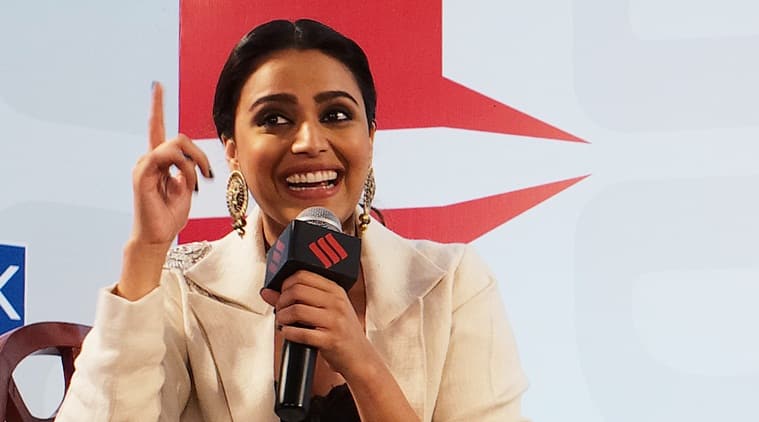 Bollywood actor Swara Bhaskar Monday backed Congress candidate for Bhopal Digvijaya Singh, saying he is a better candidate than BJP’s Pragya Thakur who she described as “a Hindu terror accused”.

“If Pragya Thakur calls herself a Hindu and if she is an accused in a terror case, then she is a Hindu terror accused. I am not scared of frauds and tricksters. I don’t think just by wearing saffron you get any special power,” she said at a media interaction in Bhopal, adding, “I am going to wear a saffron sari and I want you to call me Sadhvi Swara Bhaskar.”

Disagreeing with the BJP’s choice of candidate, Bhaskar said it was a misuse of Hindu religion and faith. “I am a Hindu and I feel bad that my religion has been wrongly used,” she said. Referring to the allegations against the BJP candidate, she said it was shameful that a terror accused has been made a candidate and it’s not an insignificant charge.

When asked who is likely to make a better PM, she said Rahul Gandhi was a better choice because he talks about the constitution, unity, integrity and farmers.