Vijay Sampla, counted among the top Dalit leaders in Punjab, also dropped the ‘chowkidar’ title from his Twitter handle and asked the BJP whether he had erred in his performance as an MP. 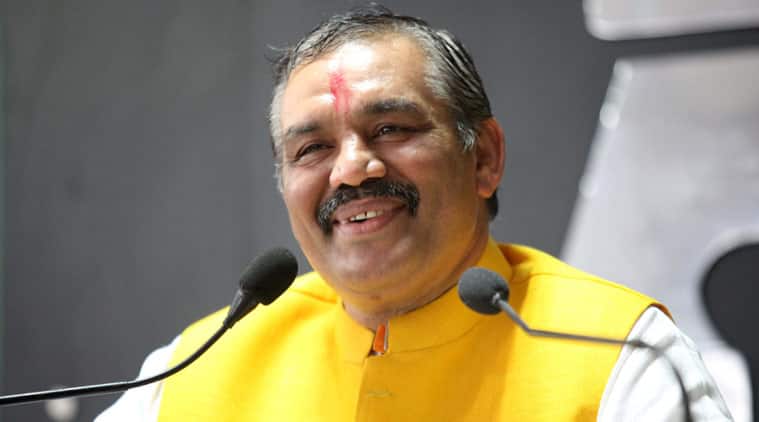 Sources said that while Vijay Sampla was among the frontrunners for the Hoshiarpur constituency, the party decided to nominate Parkash, a retired IAS officer, who Sampla replaced in 2014.

Dropped from the Hoshiarpur seat in Punjab, Union Minister of State for Social Justice and Empowerment Vijay Sampla lashed out at the BJP Tuesday, saying the party had committed “cow slaughter” by giving the ticket to Phagwara MLA Som Parkash.

Sampla, counted among the top Dalit leaders in the state, also dropped the ‘chowkidar’ title from his Twitter handle and asked the BJP whether he had erred in his performance as a Member of Parliament.

“Feel very sad, the BJP has done cow slaughter,” he tweeted in Hindi. “You should have pointed out any fault. What is my fault? There is no corruption charge against me. I got an airport in my region, got many new trains started, got roads built… If this is the fault, I will tell my coming generations that they must not commit these mistakes,” he said on Twitter.

Sources said that while Sampla was among the frontrunners for the Hoshiarpur constituency, the party decided to nominate Parkash, a retired IAS officer, who Sampla replaced in 2014. Parkash had contested the same seat in 2009 and lost to Congress candidate, Santosh Chaudhary by just 366 votes.

Sources, however, said that the process to replace Sampla from Hoshiarpur began in 2017 when he was the state BJP president. Then, the Congress wrested Punjab back from the BJP-SAD alliance. He was subsequently sacked as state party chief.

Punjab BJP president Shwait Malik said, “It is not an individual’s decision but that of the BJP’s parliamentary board, which includes top national leaders including Amit Shah and Arun Jaitley.” He said he did not know about Sampla’s “cow slaughter” tweet. Click here for more election news

BJP SC Morcha member of the National Executive, Sheetal Angural, posted a message on Facebook that Sampla will resign from party posts. He said that it was because of Sampla that the Ravidasia community, which forms the bulk of the Dalit population in Doaba came into the BJP’s fold and warned that the party would regret its decision to deny Sampla the ticket very soon.

Considered an influential Dalit leader in the Doaba region, where Dalits account for around 37 per cent of the electorate, Sampla was given the party ticket for the first time in 2014. He is also the BJP’s first Dalit MP from Punjab and was made Union minister in a bid to gain currency among Dalits.