If the exit polls are any indicator, Congress' Captain Amarinder Singh would return as the chief minister of the state if the party is able to cobble together the numbers. 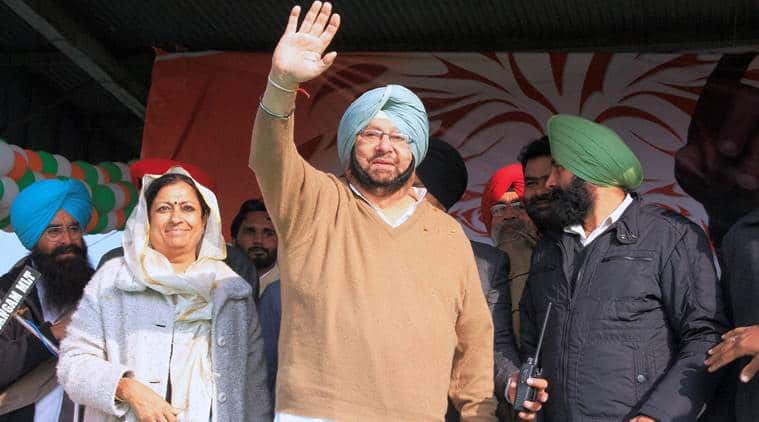 As exit poll results started pouring in on Thursday, it seemed evident that Punjab Congress had an upper hand over Aam Aadmi Party in the state’s keenly-contested assembly polls. The exit polls released today predicted a huge setback for the SAD-BJP combine, which has been ruling the state for almost a decade. The polls also said the alliance might not even get into double-digits due to a multiplicity of factors, which includes anti-incumbency.

If the exit polls are any indicator, Congress’ Captain Amarinder Singh would return as the chief minister of the state if the party is able to cobble together the numbers. It will take 59 seats to win majority in the 117-seat Punjab Assembly. The state, for the first time, saw such a fiercely contested triangular fight for the 117 seat Assembly. This is also a crucial election for the BJP as it credibility was massively hit as a pro-development party owing to the controversies surrounding ruling allies Shiromani Akali Dal.

India Today’s Axis exit polls gave 42-51 to Aam Aadmi Party, while it gave 62-71 seats to the Congress. India TV-C Voter gave 41-49 for the Congress, while 59-67 seats went to the AAP. India News-MRC and News 24-Chanakya predicted a neck-and-neck fight giving 55 to the Congress and 54 to the AAP. In almost all polls, the ruling Akali Dal-BJP combine was reduced to a single-digit tally. However, defying the exit poll results, the SAD-BJP alliance said it is confident of defying the pollsters “like in 2012”, when it proved the surveys wrong.

State Chief Minister Parkash Singh Badal has claimed the alliance can put together 72 seats to win, while Amarinder Singh claimed Congress would win 65 seat. Meanwhile, AAP expressed confidence of netting around 100. The state went to polls in single phase on February 4 and recorded 78.60 per cent polling against 78.57 per cent in the 2012 polls. 1,145 candidates are in the fray, 81 of whom are female and one transgender.

An election office spokesperson said today that the counting of votes will take place on Saturday (March 11) for which all necessary preparations have been made.