Here are all the important poll-related updates you need to know today. 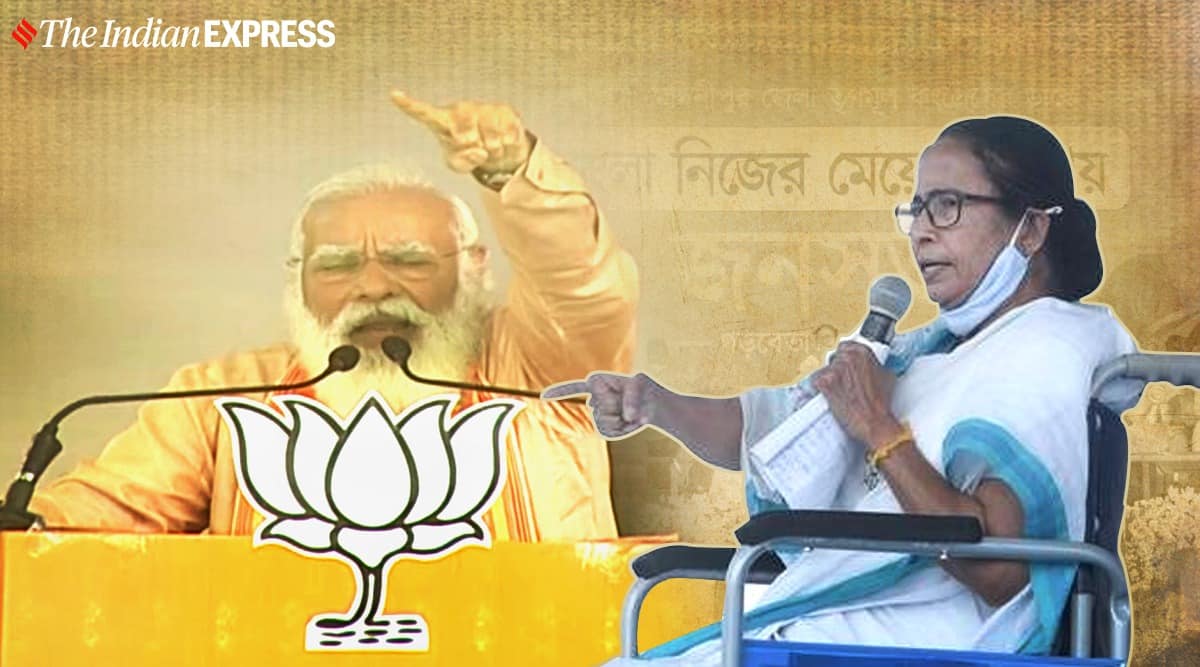 The battle for West Bengal further intensified on Thursday as Prime Minister Narendra Modi and state Chief Minister Mamata Banerjee launched scathing attacks on their opponents while addressing different political rallies in the state. Raising the pitch for ‘Sonar Bangla’, PM Modi appealed to the people to wipe out the Trinamool Congress from the state by voting for the BJP in the upcoming Assembly elections. On the other hand, Mamata said she would bring ‘paribortan’ (change) to Delhi after winning the West Bengal polls.

Here are all the important poll-related updates you need to know today.

Addressing a rally in Bengal’s Purulia, PM Modi accused the Trinamool Congress and the previous Left governments of neglecting the industrial development of the region.

Asserting that the people of Purulia have been made to lead a difficult life, he said Mamata Banerjee-led TMC government has given Purulia only water crisis, forced migration and an administration that discriminates the poor. The PM added that Purulia has been given an identity of being one of the most backward areas of the country.

Promising to usher in a “true change in West Bengal and turn the state into “Sonar Bangla” once again, he appealed to the people to reject the TMC government in the assembly elections. Exuding confidence that the BJP would form the government in the state, he said the TMC will be punished for 10 years of misrule and politics of appeasement.

Advertisement
Also Read |Mamata Banerjee back in rally: Will fight for people till the end

Raising the Batla House encounter case in which one of the convicts was recently awarded death penalty, PM Modi said after the incident in 2008 Mamata had came out “supporting the terrorist” while “questioning the encounter”. “People of Bengal have a strong memory. Bengal remembers who accused the army of plotting a coup, whose side you took during the Pulwama attack and the Batla House encounter.”

He further said that the TMC never considered the Dalits, backwards and adivasis as its own, adding that these sections are the worst victims of cut money culture and ‘Tolabaji’ (extortion) by the ruling party. Referring to a slew of central schemes which the TMC government is yet to implement, Modi said, “We believe in Direct Benefit Transfer (DBT) while TMC believes in Transfer My Commission.”

Advertisement
Also Read |This election is a reality check for Bengal

He said on May 2, the day the votes for assembly elections will be counted, Banerjee’s “khela” (game) will be “shesh” (over) and development will start.

Stating that West Bengal had made up its mind long back to remove TMC from power, he said, “It’s being said ‘Lok Sabha mein TMC half aur iss baar poori saaf’. Seeing this determination, didi (Mamata) is taking out her frustration on me. But for us, she is a daughter like crores of daughters of India. Respect for them is part of our culture”.

“That is why we were concerned when didi got injured. I pray to God that her leg injury heals soon,” he added.

Addressing a rally in Amlasuli in West Midnapore district, Chief Minister Mamata Banerjee today claimed that BJP leaders “arrive here in choppers and planes from outside with bagful of cash to lure voters and loot votes” just ahead of elections.

Even as she admitted that the relief doled out after Cyclone Amphan by her government might have missed out “one or two” beneficiaries, she claimed that BJP leaders were nowhere to be seen during the crisis.

“We gave thousands of crores after Amphan. BJP, where were you at that time? They only distribute money for horse-trading,” she alleged. 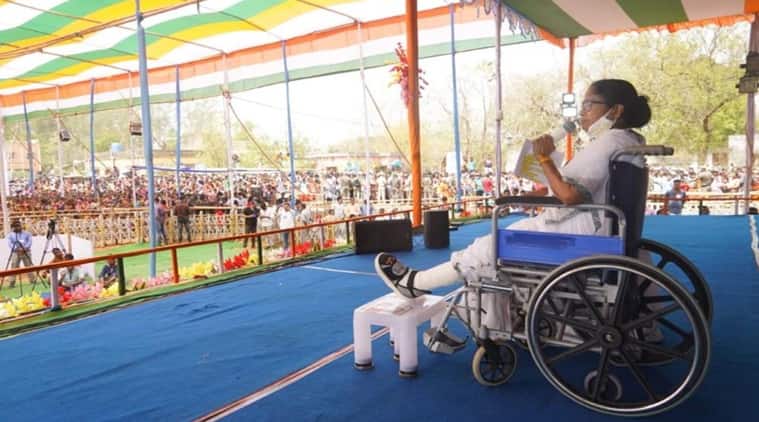 The CM further said that the BJP government at the Centre will omit names of voters in the garb of implementing NPR but asserted that it will not be allowed in Bengal.

“The BJP will omit names of voters if they are not found at home during the visit of enumerators. They will just evict you (people). But we would not allow them to update the register here. Not a single member of any family, no citizen of the
country can be evicted from Bengal,” she stated.

Further, reiterating that she is a like a tiger, Mamata said she would bow her head only before the public. She asserted that she would not support a party like the BJP which “tortures women and Dalits”. The Bengal CM also branded the BJP as “a party of rioters”.

Days before assembly polls begin in West Bengal and three other states, actor Arun Govil, who essayed the role of Lord Ram in the famous TV serial Ramayan, joined the BJP today, saying his decision was triggered by TMC supremo Mamata Banerjee’s “irritation” to the chant of Jai Shri Ram.

Govil joined the BJP in the presence of its general secretary Arun Singh and Union Minister Debasree Chaudhuri after the party announced the names of 148 candidates for the West Bengal assembly polls.

“West Bengal Chief Minister Mamata Banerjee’s irritation to Jai Shri Ram was a trigger point for me to join the BJP. And there is nothing wrong in saying Jai Shri Ram….it is not a slogan, not even a political slogan. It is a way of life for us, it represents our culture and ethos,” he told the media at the BJP headquarters here.

Chief Minister Pinarayi Vijayan has said there was nothing to be discussed or debated about the Sabarimala issue now as the review pleas are pending before the Supreme Court. The pleas in the top court challenge its previous order that allowed women in 10-50 age group into the hill shrine.

Pinarayi Vijayan interview |‘The anti-Kerala stand of Congress, BJP, their communal overtures are our main challenge’

“Whenever the court pronounces the final verdict,and if it concerns the devotees in any manner, then at that time the government will hold discussion with all the sections of the society and take necessary steps”, PTI quoted Vijayan as saying.

His remarks came amid demands by the opposition Congress, BJP and others that he clarify his position in the wake of contradictory views expressed by a minister and the CPI-M top leadership over the issue.

The PM also conducted a poll rally in Assam where he accused the Congress of misleading people to garner votes. “The Congress is confused… In Bengal, it has embraced the Left. In Kerala, it is engaged in a wrestle with the Left… Can a party, which has no stable thought process, provide a stable government in Assam and ensure the welfare of its people?” he stated.

In Assam, the grand old party’s hand (Congress symbol) is now “holding the lock and key”, the PM said.

“The Congress has become so weak that it can align with anybody and mislead people to get votes. The party did not even hesitate to betray its workers, who have, for decades, opposed the AIUDF,” he added.

Getting back at Modi, the Congress alleged that big announcements made by him for Assam have translated to a “big zero”.

“In the past five years, to quench BJP’s hirst for power in Assam, not only have they sown seeds of division, but also they have attacked the language and land of Assam through the Citizenship (Amendment) Act (CAA),” Congress general secretary Randeep Singh Surjewala said, adding that Assam can tolerate everything but not lies, deception and falsehood.

“From PM Narendra Modi to Assam CM Sarbananda Sonowal, they are serving mendacity to the people of Assam in the name of development. Big announcements were made but the outcome is a big zero,” Surjewala said.