The northeast went to the polls in three phases this election.

Northeast India Election Results 2019 HIGHLIGHTS from Assam, Tripura, Manipur, Nagaland, Arunachal Pradesh, Sikkim, Mizoram and Meghalaya:  The Bhartiya Janata Party (BJP)-led NDA has so far managed to secure eight out of 14 Lok Sabha seats in Assam. Leading in Assam’s primary seat at Gauhati, BJP candidate Queen Oja is in a tight contest with Congress’ candidate Bobbeeta Sharma. As Assam, the largest state in the northeast, accounts for 14 of the total seats, the saffron party has set a target to win 22. At present, the BJP has eight seats, besides two seats with its allies, in the entire northeast.

According to Election Commission’s data, the latest figures show that BJP’s Kiren Rijiju has maintained a comfortable lead in Arunachal Pradesh West Lok Sabha seat with a margin of nearly 87,000 votes. Similar trends have been witnessed in Tripura, where both Lok Sabha seats have been well secured by the BJP.

In 2014, the BJP had won seven seats and the Congress had won three. The All India United Democratic Front won three seats and the remaining seat went to an Independent candidate. The northeast went to the polls in three phases this election. Simultaneously, Assembly polls were also held for Arunachal Pradesh and Sikkim.

Assam, Meghalaya, Tripura and other northeast states HIGHLIGHTS: Counting of votes is underway

As per the Election Commission, the latest figures show BJP and its allies leading in Assam, Tripura and Arunchal Prdaesh. Whereas, in Manipur BJP is leading in one of the two seats, while Naga People's Front (NPF) has taken a lead in Outer Manipur seat.

In Muslim-dominated Karimganj, BJP’s Kripanath Mallah is leading towards a victory with a margin of 24,358 votes. It is likely that the Muslim vote was split between AIUDF and Congress in this seat.

In Silchar, a constituency in Barak Valley dominated by Hindu Bengalis, the Citizenship Bill, has helped BJP’s Rajdip Roy to take a lead against sitting MO Congress’s Sushmita Dev by a margin of 69,110 votes.

BJP's Pradhan Baruah contesting from Lakhimpur Lok Sabha seat in Assam has been declared a winner with a margin of 3,44,350 votes against Congress' Anil Borgohain, as per election result data provided by C-voter. In 2014, BJP too had won in Lakhimpur with Sarbananda Sonowal, present chief minister of Assam, in lead.

As counting is underway, Congress' candidate from Assam's Kalibor seat Gaurav Gogoi was thankful to people of his constituency and his party workers for their hard work. Gogoi has maintained a considerable lead against his nearest AGP Moni Madhab Mahanta.

In my Kaliabor Lok Sabha seat, @INCIndia is leading by a margin of 85,000 votes. Counting is still on going. I thank the people of my constituency for their blessings and I’m grateful to the party workers for their hard work. Will share more later.

Assam seat update: Congress ahead by 57,000 votes in Barpeta

Congress' Abdul Khaleque is in the lead at the Barpeta constituency, Assam by a margin of 57,681 votes. The seat is a Bengali-Muslim dominated constituency and the community accounts for more than 50% votes. In 2014, AIDUF MP Sirajuddin Ajmal won the seat which had earlier been a Congress stronghold.

Chief Minister of Mizoram Zoramthanga of MNF told the media today, "People are fed up of dynastic rule - that’s why the congress is out. They have no more future in Mizoram or in the Northeast."

In reference to the Citizenship Bill, he said, “We will support the NDA at centre but not on issues that will harm Mizoram. I hope the NDA govt will be wise enough not to push any such law.”

Chief Minister of Assam Sarbananda Sonowal said he was grateful to the people of the state for their "unwavering love and support" towards Prime Minister Narendra Modi.

I am immensely grateful to the people of Assam for their unwavering love & support towards PM Shri @narendramodi ji and his vision of #NewIndia.

Congratulations to all @BJP4India karyakartas. This vote is the result of your hard work & dedication. #VijayiBharat 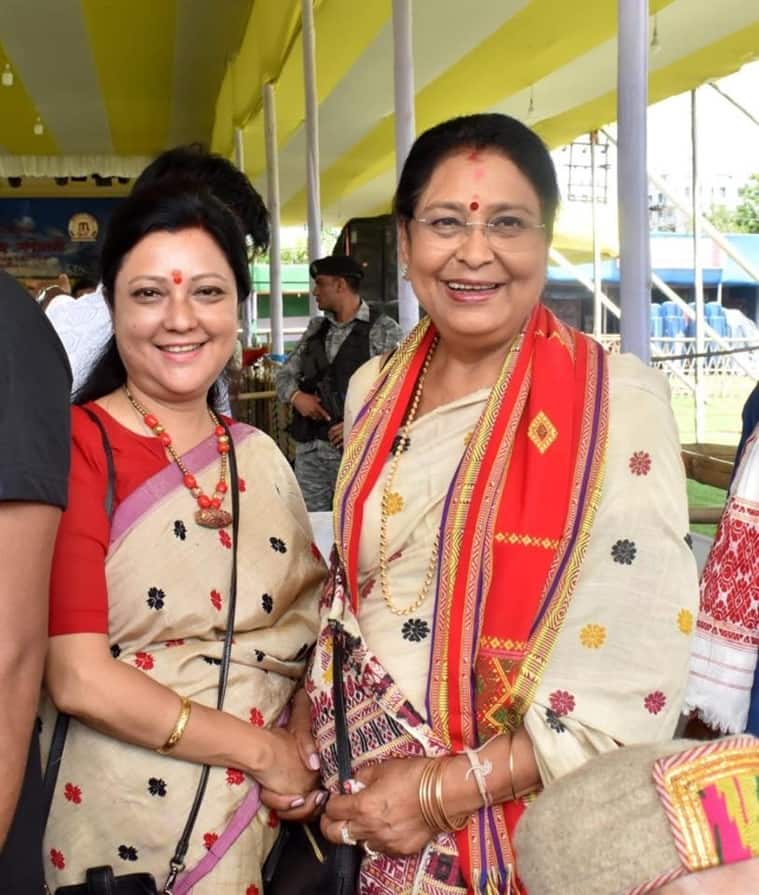 BJP's Queen Oja has taken the lead against INC's Bobbeeta Sharma by 17,428 votes in Gauhati seat in Assam.

By the end of third round of counting of votes in Nagaland’s lone Parliamentary constituency, Congress came around and took lead against the Nationalist Democratic Progressive Party (NDPP). KL Chishi of the Congress party, who was trailing behind till the third round, is now leading over NDPP candidate Tokheho Yepthomi with 12,503 votes.

Chief Minister of Meghalaya Conrad Sangma congratulated NPP's Sangma Agatha for her victory in Tura Lok Sabha seat in Meghalaya. She was leading by 61,000 votes against Congress candidate Mukul Sangma.

Congratulations @SangmaAgatha. NPP is proud of your victory. We wish you the very best as you embark on a new journey to represent the aspirations of the people of Garo Hills, #Meghalaya and #Northeast. pic.twitter.com/EOpByiqtQJ

Assam: Congress' Gaurav Gogoi ahead by 44,000 votes against AGP Political watchers say Vincent Pala is riding on the trust factor since he is sitting MP from the seat and has been winning repeatedly from the seat for several terms.

BJP has scored poorly in booth seats till now; the party has scored 5.41 percent of counted votes in Tura constituency till latest 1 PM and 9.93 percent in Shillong constituency.

Nagaland: NDPP ahead by 2,000 votes against Congress

Neiphiu Rio of Naga Peoples Front (NPF), former chief minister, won from the seat in 2014 Lok Sabha elections with a margin of over 40,000 votes.

Nagaland constituency saw four-cornered contest on April 11 with Hayithung Tungoe from National People’s Party (NPP) and M.M Thromwa Konyak from Independent as the other candidates.

Naga People’s Front (NPF) secured victory from the seat in 2014 Lok Sabha elections by defeating Congress by a margin of 38.60 percent.

Sarma has been one of the key movers in strengthening BJP hold over the Northeast.

Congress' Gaurav Gogoi takes the lead by 5,589 against AGP's Moni Madhab Mahanta who was ahead earlier. The Kaliabor Constituency is a traditional Congress bastion, earlier represented by Tarun Gogoi and Dip Gogoi.

AGP's Moni Madhab Mahanta was earlier ahead  by 13025 votes.

Latest trends show that in Assam, BJP and its allies are leading in 11 seats (Autonomous District, Barpeta, Dibrugarh, Jorhat, Kaliabor, Silchar, Nagaon, Mangaldai, Tezpur, and Lakhimpur), AIUDF in 2 (Dhubri and Karimganj), and United People's Party (Liberal) in one (Kokrajhar), and Congress in one (Guwahati).

Assam accounts for 14 Lok Sabha seats of the 25 in the Northeast region.

Assam: AIUDF's Badruddin Ajmal ahead by 60,000 votes in Dhubri

All India United Democratic Front's (AIUDF) Badruddin Ajmal is comfortably leading by 60,329 votes. He is the sitting MP from Dhubri, one of the 14 constituencies. Meanwhile, Congress' candidate Abu Taher Bepari and Asom Gana Parishad's Zabed Islam are neck-and-neck.

In 2014, the AIUDF had won both the seats, along with the Karimganj seat in Barak Valley.

The Northeast — particularly Assam — has been on edge ever since the BJP decided to amend the Citizenship Act, 1955.

The tribals, who constitute 27-28 per cent of the population in the northeast, always play a significant role in the politics of the mountainous region. Manipur University Professor and political observer Chinglen Maisnam told news agency IANS that the Citizenship (Amendment) Bill 2016 has changed the mindset of the people in the region during the past two months. "The Citizenship Bill has completely changed the political landscape," he said.

Of the 25 Lok Sabha constituencies in the northeast, two seats, one each in Nagaland and Meghalaya, are lying vacant after Neiphiu Rio and Conrad K. Sangma became the chief ministers of the two states, respectively. The resource-rich region shares borders with China, Myanmar, Bhutan and Bangladesh and has trade ties with some of these countries, especially Bangladesh and Myanmar.