The Congress Wednesday emerged the single largest party in Madhya Pradesh after winning 114 seats in the 230-member House. The party staked claim to form the government with support from the BSP, which won two seats. Incumbent Chief Minister Shivraj Singh Chouhan conceded defeat and resigned after the BJP was able to win only 109 seats.

The Congress made significant gains in the state after a neck-and-neck fight with the incumbent BJP. Congress president Rahul Gandhi had declared victory in Madhya Pradesh on Tuesday evening, saying it was time for change and that the party would take forward the work of the previous government. Prime Minister Narendra Modi, meanwhile, congratulated the Congress for its performance in the state. The state, which voted on November 28, saw 74.61 per cent turnout — the highest Madhya Pradesh has registered in recent times. In the previous election in 2013, the BJP had won 165 seats while the Congress got 58. Madhya Pradesh Governor Anandiben Patel has invited senior Congress leaders to form the government. Kamal Nath, Digvijay Singh and Jyotiraditya Scindia, among others, have reached Raj Bhawan in Bhopal to meet the Governor. The BSP and the SP have lent support to the Congress to help secure majority seats in the House. 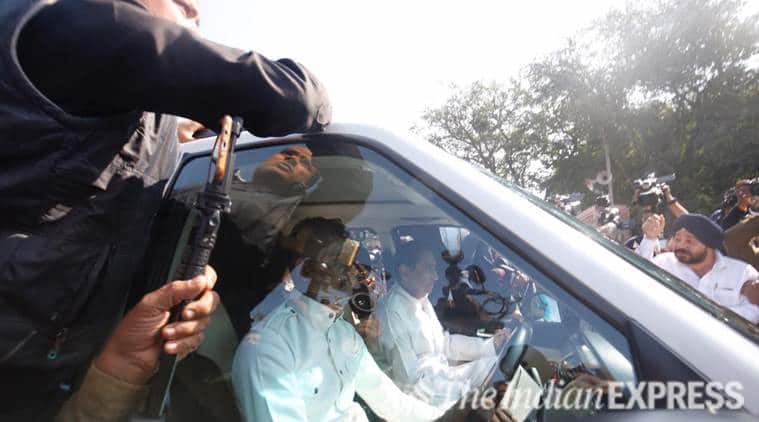 Incumbent Chief Minister Shivraj Singh Chouhan has conceded defeat. "We did not get majority. We will not stake claim to form the government," he says, adding that he will tender his resignation to the Governor.

The BSP has extended support to the Congress, to help it cross the halfway mark and form the government. Mayawati said the party doesn't always agree with the Congress' ideology, but will support it to help keep the BJP out of power in the state. The BSP's two seats and the Congress' 114 will help garner a majority of 116 seats in the 230-member House. The Congress is likely to stake claim to form the government shortly.

The Congress has emerged as the single largest party in Madhya Pradesh after winning 114 seats in the 230-member House. The BJP has won 109 seats, while the BSP has won one seat and Independents four.

Why is counting for the Madhya Pradesh elections so slow?!

The slow counting of votes is because of a combination of procedural reasons. According to EC sources, the delay is due to four factors: increase in votes cast through postal ballot, mandatory tallying of EVM count with VVPAT slips, wafer-thin margins in Madhya Pradesh and a cautious approach adopted to avoid the embarrassment suffered during Nagaland polls this year.  Read our full story here

The Congress has won 113 seats, while the BJP has won 109. The BSP has one seat while other candidates have taken four seats. Counting for one seat is underway.

Odisha: Voting underway in bypoll to Brajrajnagar Assembly segment
All in yellow, Bhagat Singh village awaits ascension of Bhagwant Mann as CM
Sawant to meet PM, Shah, Nadda today over govt formation in Goa
BJP to decide on Uttarakhand CM after Holi
After Punjab, AAP all set to venture into Haryana
More from Elections >>
Final tally to be declared, Congress has 112 seats, BJP 108

Good morning! Four seats are still being counted for the Madhya Pradesh Assembly Elections. Stay tuned, we'll bring you the final numbers shortly. Right now, the Congress has won 112 seats while the BJP has won 108 seats.

Congress has won, wrote to Guv to prove our majority: Kamal Nath

Kamal Nath, Congress in Bhopal: With utmost happiness, I wish to inform you that Congress has won clear majority. We have written a letter to the Governor to invite us so that we can prove our majority before him. #MadhyaPradeshElections2018 pic.twitter.com/sgccRiYUXi

JUST IN: Counting over in 215 ACs of MP, going on in 15 seats, say EC sources @IndianExpress #MadhyaPradeshElection2018

Appointment will be given only after EC clears: MP Governor House

Governor House: An appointment will be given only after the situation is made clear by the Election Commission. #MadhyaPradeshElections2018 https://t.co/HSpUhYOcov

Wait for final results may go up to 3 am: Election Commission sources

JUST IN: The wait for final results in MP could go up to 3am, say EC sources @IndianExpress The latest trends show both the Congress and the BJP leading in 44 seats each, with the former winning 69 seats and the latter, 66. The majority mark in the 230-member house is 116. With neither party seeming to get majority, the BSP may be the kingmaker for government formation. 'Congratulations to the Congress': PM tweets

Prime Minister Narendra Modi congratulated the Congress Tuesday on the results of Assembly elections in three states- Chhattisgarh, Madhya Pradesh and Rajasthan-where the opposition party is leading over the BJP.

The Prime Minister says the BJP "accepts the people’s mandate with humility", thanking the people of the three North Indian states that had been the party's bastion.

Congratulations to the Congress for their victories.

Congratulations to KCR Garu for the thumping win in Telangana and to the Mizo National Front (MNF) for their impressive victory in Mizoram.

Chief Minister Shivraj Singh Chauhan has won from the Budhni constituency, with 123492 votes, ahead of Congress' Arun Subhashchandra. The BJP, however, is leading in 109 seats in the state, behind the Congress, which is leading in 114 seats.

BJP's Yashodhara Raje Scindia wins from Shivpuri constituency with a margin of 28,748 votes.

The Congress has apointed senior leader and former Defence Minister  AK Antony as the central observor in Madhya Pradesh, where the party is inching closer to victory, according to latest trends by the Election Commission. The Congress is leading in 112 seats in the 230-member house, while the BJP is leading in 111 seats. The halfway mark is 116

K Chandrashekhar Rao’s Telangana Rashtra Samithi (TRS) has swept the state. For the BJP, more than losing the election, the fact that these numbers put its dream to enter southern India on hold should be of greater concern.

Buoyed by the Congress' good showing in the polls that was dubbed as a semi-final for the 2019 general elections, party president Rahul Gandhi said the outcome is a "clear message" to the Modi government that people are not happy with it and time has come for a change.

The BJP was battling anti-incumbency in Madhya Pradesh, after governing the state for 15 years. Following the exit polls, the party has been in touch with potential winners among independent candidates as well as the Bahujan Samaj Party (BSP). A senior leader had told The Indian Express, "MP does not have a history of a fractured mandate but the exit polls have induced a sense of anxiety in the party. We are doing everything that it takes to be in the race." The BJP had expelled more than 50 party functionaries who defied the party line by filing their nomination as Independents.

The Congress was eager to wrest power from the saffron party and gain ground in the Hindi heartland. The party's narrative in Madhya Pradesh was largely state-centric, down to constituency-level issues in most places. While Prime Minister Narendra Modi criticised the party for bringing in gaushala and gau mutra in its manifesto, saying "it worships the cow in Madhya Pradesh but allows its leaders to eat beef in Kerala", Congress president Rahul Gandhi raised issues from demonetisation to the Rafale deal in his speeches in Madhya Pradesh. He targeted the Prime Minister for “betraying” the people and used the slogan “chowkidar chor hai (the watchman is a thief)” repeatedly to attack him.