Although the BJP, the corruption watchdog-turned-political party PRISM and the Zoram Thar are in the fray, the contest is primarily between the Congress, MNF and ZPM. 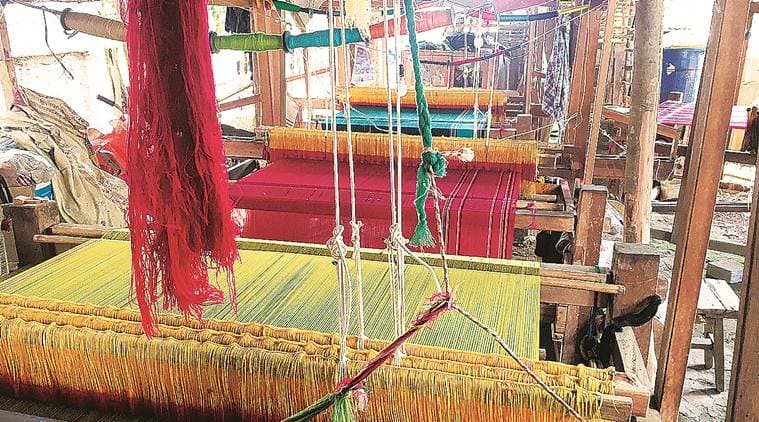 Serchhip constituency’s Thenzawl town is known as a ‘weavers’ town’ — almost every other family is into weaving traditional Mizo wear.

On doing a Google search of ‘Serchhip, Mizoram’, the first thing that pops up is that this district in central Mizoram has the highest literacy rate in the country — around 98 per cent. But the Assembly constituency by the same name — the district is divided into three constituencies of Serchhip, Hrangturzo and Tuikim — has become a talking point for another reason: four chief ministerial hopefuls are contesting from here. And the faultlines of the contest appear to mirror those in the state, dotted with debates on anti-incumbency and welfare schemes.

The sitting CM and Serchhip MLA, Lal Thanhawla, has won from Serchhip seven times since 1984, losing only in 1998 when his government faced a strong wave of anti-incumbency. This time,Thanhawla is contesting from Serchhip and Champhai South.

What makes Serchhip such a significant seat? The opposition parties seem to want to prove electorally the anti-incumbency against Thanhawla.

In 2013, Thanhawla garnered 5,719 votes, followed by MNF candidate C Lalramzauva with 4,985. “The electorate is small and the contest close. It will be more so this time,” said a government official posted in Thenzawl. ZPM is an alliance formed in October last year of seven non-Congress, non-MNF parties. ZPM’s Lalduhoma, a former IPS officer and MP, told The Indian Express, “I am fighting because I want to defeat him [Lal Thanhawla] here. There is considerable support for us on the ground because there is a wave of neutrality. The neutral vote is significant for us. Also, a lot of traditional supporters of Congress and MNF are expected to move over to us.”

Serchhip constituency’s Thenzawl town is known as a ‘weavers’ town’ — almost every other family is into weaving traditional Mizo wear.
“It helps if the CM is from your constituency. There has been infrastructure development in the district in the last 10 years, there is even a golf course coming up, which could employ local youths,” said C Lalmuanthanga, secretary of CodNerc, an NGO working with weavers in Thenzawl.

He continued, “There are roughly equal number of Congress and MNF supporters here, like in most rural areas of the state. But the game could change. There may be Congress supporters who think the CM is a good human being but there is a need for change. There are allegations that he tried promoting his brother and relatives. Several MNF supporters might think they will not vote for the party because it often goes back on its promises.”

Zahmingi, who runs a handloom setup at her home, said that Thanhawla would retain the seat because people, especially weavers, have benefitted immensely from the government’s schemes. “Over 200 weavers benefitted from the New Land Use Policy Scheme (NLUP) in Thenzawl,” she said.

As the Congress battles anti-incumbency after 10 years of rule in Mizoram, the promise to continue NLUP — a scheme started in 2008 through which funds of Rs 1 lakh each, either in cash or in kind, was provided in instalments to families of farmers, small businessmen or small industrialists — is its important poll promise.

The Congress has claimed that 76 per cent households of the state have benefitted from NLUP. However, others in Thenzawl claimed there were discrepancies in choosing the beneficiaries. Zonunsanga Thiangte, a 20-year-old whose sympathies lie with ZPM, said, “NLUP has mostly benefitted relatives of Congress supporters.”

Although the BJP, the corruption watchdog-turned-political party PRISM and the Zoram Thar are in the fray, the contest is primarily between the Congress, MNF and ZPM. But the dissatisfaction with the Congress government may not reflect in electoral results because of the dynamics of the constituency.

Sangi, who runs a grocery store in Thanzawl with her sister, said Thanhawla would win in Serchhip. “The opponents are weak. The MNF candidate has invested little time for this constituency. He just canvasses before the elections, loses and then goes away. The ZPM president may be good, but his party workers do not have much presence on the ground.”

MNF candidate C Lalramzauva lost this seat in the last three elections. The owner of the next shop, F Lalrinpuia, is from a family that traditionally supports the MNF. “People who do not want to vote for the Congress might be divided into voting for MNF or ZPM,” he said.