The 74-year-old received a bullet injury on his right shoulder and is currently undergoing treatment at a hospital in Imphal. He is reported to be out of danger. 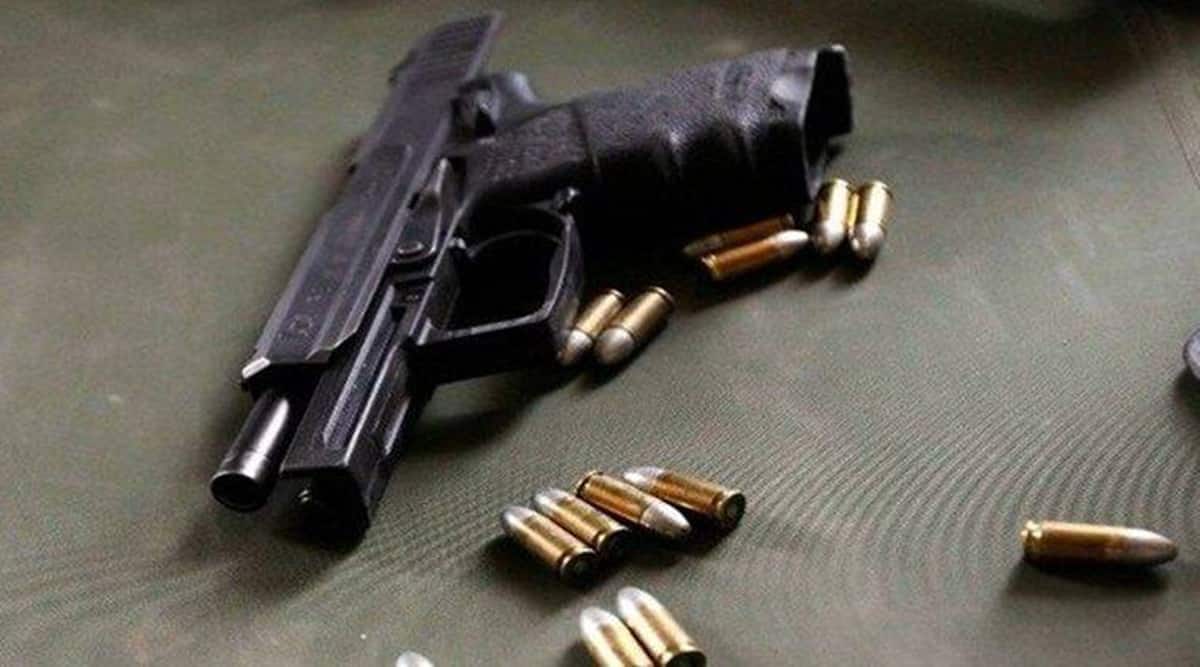 Social media flyers show that at the same time as the shooting, a march was planned for Amir Locke, a Black man who was fatally shot by police in Minneapolis, KOIN-TV reported. (Representative image)

The incident took place around 11 pm near the residence of candidate Lourembam Sanjoy Singh.

The NPP candidate said his father, Lourembam Samjai Singh, was having a conversation with some of his supporters near his residence when the incident took place.

The 74-year-old received a bullet injury on his right shoulder and is currently undergoing treatment at a hospital in Imphal. He is reported to be out of danger.

The NPP candidate has accused supporters of the rival BJP candidate of carrying out the attack. He said a formal complaint has been lodged at the local police station.

“This is an act of cowardice targeting innocent people. This is not the first time that BJP supporters have targeted us,” said Sonjoy Singh, adding that he was in Imphal when the attack took place.

He also claimed that his convoy was allegedly attacked near Tulihal by BJP supporters when he returned home after getting the news.

Later, a delegation led by NPP met the state Chief Electoral Officer (CEO) in connection with the attack.

“Apprised the Chief Electoral Officer of Manipur about the attack on our candidate’s father last night and on the series of incidents that took place around Manipur causing great concern for the safety of our candidates and the people,” tweeted Sangma.

The incident comes a week after a low-intensity bomb exploded near the residence of NPP workers in Khabeisoi village in Imphal East district.

Earlier, the party had also issued a statement claiming that its party candidates and workers were abused and intimidated in a targeted manner by several militant groups which were allegedly working in favour of BJP.

This is the third incident of gun-related violence that occurred in the state ahead of polls.

A student was shot dead in poll-related violence in Heirok village in Thoubal district last December. The second incident occurred in Samurou in the second week of January wherein two persons, including a close aid of the state agriculture minister, were shot dead by unidentified gunmen.

Observers said that though there have always been sporadic incidents leading up to the polls in Manipur, the nature of violence has now changed. While violence earlier would invariably be linked to insurgent groups, now many incidents are a fallout of the bitterness and rivalry between candidates caused by an increased sense of competitiveness and defections.

For a long time, it was the Congress that ruled Manipur, without much of a challenge. But observers say that the last five years have witnessed multiple defections across party lines, making it a very keenly contested electoral battle.

Manipur will go to polls in two phases, on February 28 and March 5.

Inside Hina Khan’s Egypt vacation: From posing with the pyramids to chilling with a camel, see photos