Speaking to the media, Irani said for BJP, the country comes first, then the party and then self and added that every party worker has participated in her nomination process. 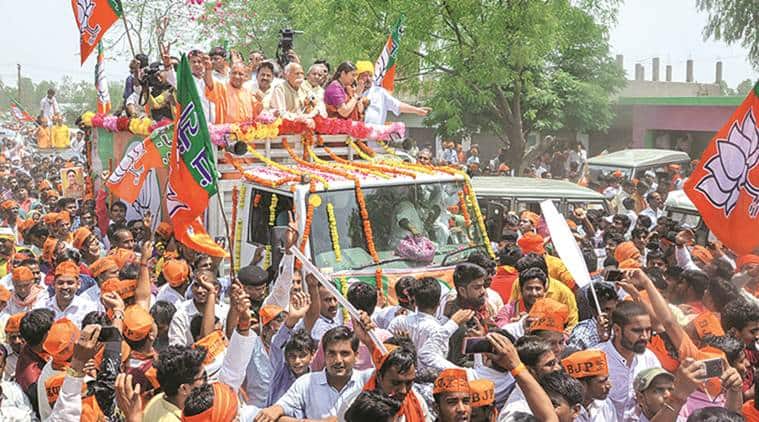 Speaking to the media, Irani said for BJP, the country comes first, then the party and then self and added that every party worker has participated in her nomination process.

“Agar kisis ko yeh lagta hai ki rashtriya ki janta, aur unke sangadhan ke karyakarta unka pariwar nahi hain to unki mansikta darshate hain…” (If someone feels that people of this country and those of the organisation are not their family then it is their mindset).

Irani filed the nomination after a road show, which followed a similar route taken by the one organised by the Congress when Gandhi submitted his own papers here on Wednesday.

In her nomination papers, Irani has stated that she completed her senior secondary school examination in 1993, but did not complete her Bachelors in Commerce, leaving it in 1994.

Irani lost the 2014 election by over one lakh votes, but the shrunken margin of victory for Gandhi boosted the BJP’s hopes. filed her nomination from Amethi. (Source/Twitter)

Chief Minister Yogi Adityanath accompanied Irani in a show of strength in the constituency. This is the first time that a CM participated in the nomination process in Amethi.

While Irani and Adityanath did not address any rally, later in the day, the District Congress Committee filed a complaint with the Election Commission alleging violation of model code of conduct during Irani’s road show. —With PTI

Govts should not try to suppress voices: Manipur journalist freed after 4 months in jail