Addressing a rally in Amreli, Gujarat, Narendra Modi asked the gathering if they feel proud when the Statue of Unity and Gujarat's name appear on Google when they search for the world's tallest statue. 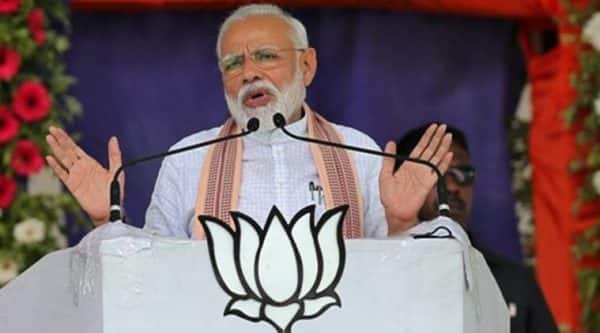 Prime Minister Narendra Modi Thursday said he has not built Sardar Patel’s statue to “belittle Pandit Nehru”. While addressing an election rally at Amreli in Gujarat, Modi said the Opposition leaders claim to own Patel, however, none of them has visited the Statue of Unity yet.

“Patel’s stature is so tall that you don’t have to try too hard to make others look small,” he said.

Modi asked the crowd if they felt proud when the Statue of Unity and Gujarat’s name appear on Google when they search for the world’s tallest statue. The 182-metre tall statue, dedicated to Sardar Vallabhbhai Patel, was unveiled by Modi on October 31 last year and has been built at a cost of Rs 2,389 crore.

Appreciating how the ruling government managed to restrict terrorism to only “two and a half” districts of Jammu and Kashmir, Modi blamed the policies of the Congress-led governments on the Kashmir issue.

“In the past, bomb blasts used to happen at regular intervals, be it Pune, Ahmedabad, Hyderabad, Kashi and Jammu. But have you heard (of) a single blast in the last five years? “Am I responsible for the present situation in Kashmir? Just because of the policies of Congress, we could not solve the Kashmir issue even after 70 years,” PTI quoted Modi as asking the gathering.

Modi said his “grooming” in Gujarat made him stand firm during the Doklam standoff with China in 2017. He slammed the Congress over its poll promise to review the Armed Forces (Special Powers) Act (AFSPA), scrap the sedition law and reduce security forces in Kashmir.

Taking potshots at Congress, Modi said in 2019, the Opposition is fighting on the lowest number of Lok Sabha seats but is still “dreaming” of becoming the ruling party.

Priyanka Chopra Jonas, giving lessons on power dressing, one look at a time