Election results 2019 HIGHLIGHTS: At the Central Hall of Parliament, BJP president Amit Shah announced that Modi has been unanimously chosen as the leader of 353 NDA MPs.

Prime Minister Narendra Modi on Saturday met President Ram Nath Kovind and staked claim to form the government. Prior to this, PM Modi was unanimously elected as the leader of BJP parliamentary party at the meeting of National Democratic Alliance.

At the Central Hall of Parliament, BJP president Amit Shah announced that Modi has been unanimously chosen as the leader of 353 NDA MPs. Following his announcement, a host of NDA leaders such as SAD’s Parkash Singh Badal, Bihar CM Nitish Kumar, Shiv Sena leader Uddhav Thackeray, LJP chief Ram Vilas Paswan backed the proposal. Modi’s swearing-in ceremony could take place on May 30 at the Rashtrapati Bhavan. He won with a margin of 4.79 lakh votes.

Meanwhile, Congress President Rahul Gandhi’s offer to step down from his position has been rejected unanimously by the Congress Working Committee (CWC), said party spokesperson Randeep Surjewala. The party has requested Gandhi to carry out a complete overhaul and a detailed restructuring at every level of the party. A plan to this effect shall come into force at the earliest, he added. The CWC chaired by Rahul Gandhi held its first review meeting after its humiliating defeat in the Lok Sabha elections.

Narendra Modi said President Kovind has given him a letter designating him as the Prime Minister and thanked people for giving a him a huge mandate. He said his government will leave no stone unturned to fulfill nation's dreams. "Sabka saath, sabka vikas, sabka vishwas is a mantra that shows the path to development for every region of India. I once again thank the people of the nation and assure them that the new govt will leave no stones unturned to fulfill your dreams and expectations." The President requested @narendramodi to:

i) advise him about the names of others to be appointed members of the Union Council of Ministers; and

Exercising powers vested in him under Article 75 (1) of the Constitution of India, President Kovind, today appointed @narendramodi to the office of Prime Minister of India pic.twitter.com/xrs5jgCGkF

Minorities made to live in fear, we have to end this deception: Modi

Stating that minorities were made to live in fear by those who believed in vote-bank politics, Narendra Modi asserted that his government has to put an end to that deception and take everyone along.

Narendra Modi asked NDA MPs to shun VIP culture and said they should stand in queues wherever required, like other citizens. He also asked them to not trust media reports on names being considered for ministerial berths and assured them that responsibilities will be given as per norms.

Maintain restraint in speaking to media: Modi to NDA leaders

Narendra Modi called on NDA leaders to maintain restraint in speaking to media and said some statements made for publicity often trouble them.

In his address, Prime Minister Narendra Modi told NDA MPs that they are for those who trusted them and also for those whose trust they have to win over.

Reflecting on the recently-held elections, Prime Minister Narendra Modi said the polls generally divide and create a gulf but the 2019 polls united people and society.

While addressing the NDA parliamentary meeting, Prime Minister Narendra Modi said the recently-held elections were pro-incumbency.  "This pro-incumbency wave is tied with the thread of trust...The trust was not only between people and govt but also among people themselves. This gave birth to that trust," he said.

Days after winning a historic mandate, Prime Minister Narendra Modi expressed his gratitude to all NDA leaders who endorsed him as their leader.

Delhi: Senior BJP leader Murli Manohar Joshi greets Narendra Modi, after he was elected as the leader of BJP & NDA at the NDA meeting. pic.twitter.com/B9e1Z4vO5C

Prime Minister Narendra Modi has been unanimously elected as leader of BJP parliamentary party at the NDA meeting convened at the Central Hall of Parliament.

I offered to quit as CM but party rejected: Mamata

Addressing her press conference after the Lok Sabha election results, West Bengal Chief Minister and TMC supremo Mamata Banerjee said she had offered to resign as CM but the party rejected. "May be, I will continue," she added. (Express Photo: Partha Paul) 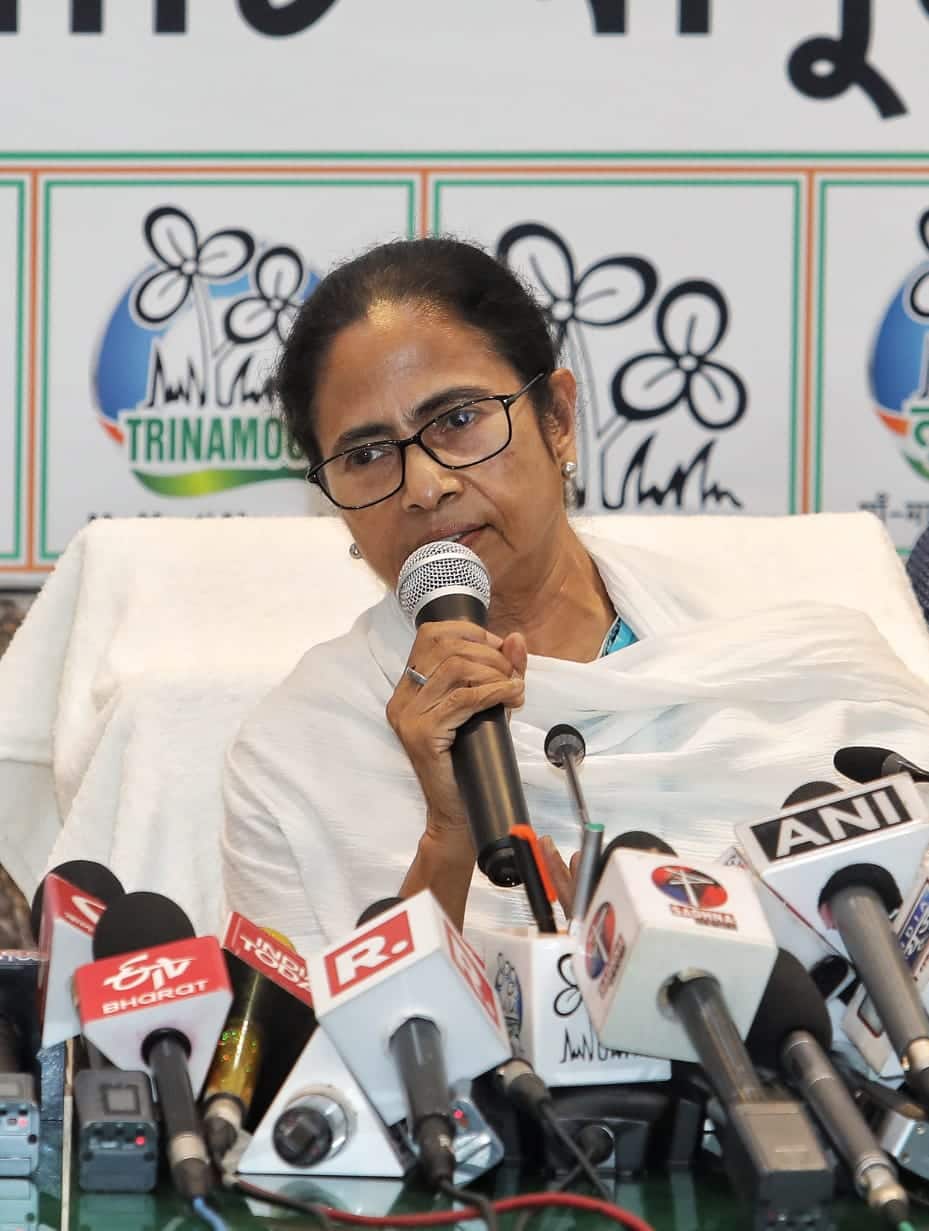 Delhi: Visuals from Parliament where the NDA meeting is about to begin. pic.twitter.com/JlcDnwn69u If someone can lead Congress in such situation..it's only Rahul Gandhi: Ghulam Nabi Azad

As the NDA parliamentary committee today will hold a meeting to discuss the formation of government and swearing-in of the new cabinet, the future role of its president Amit Shah, who strategised and delivered a second wave in favour of Narendra Modi, has become the talking point in political circles. Speculation is rife that he will join the next Modi cabinet and could be the second in command.

Read | Talk in BJP: If Amit Shah joins government, who will head party?

However, Senior BJP leaders indicated that they have no clue about Shah’s future plans, that he and Modi have not dropped any hint.

The 17th Lok Sabha has to be constituted before June 3 and formation of the new House will be initiated once the Election Commissioners meet the President to hand over the list of newly-elected members.

Meanwhile, Modi's education agenda for the first 100 days of his re-elected government includes the unveiling of a new national education policy, a special drive to fill five lakh vacant faculty positions in higher education, and addition of 10 Institutions of Eminence (IoE) to the existing sanctioned strength of 20.