Opinions on the airport, touted as “Asia's largest” and Yogi Aditayanath's dream project are divided in the Jewar Assembly constituency of Gautam Buddh Nagar district, with anger high in six villages that are among the most affected. Jewar votes in the first phase, on February 10. 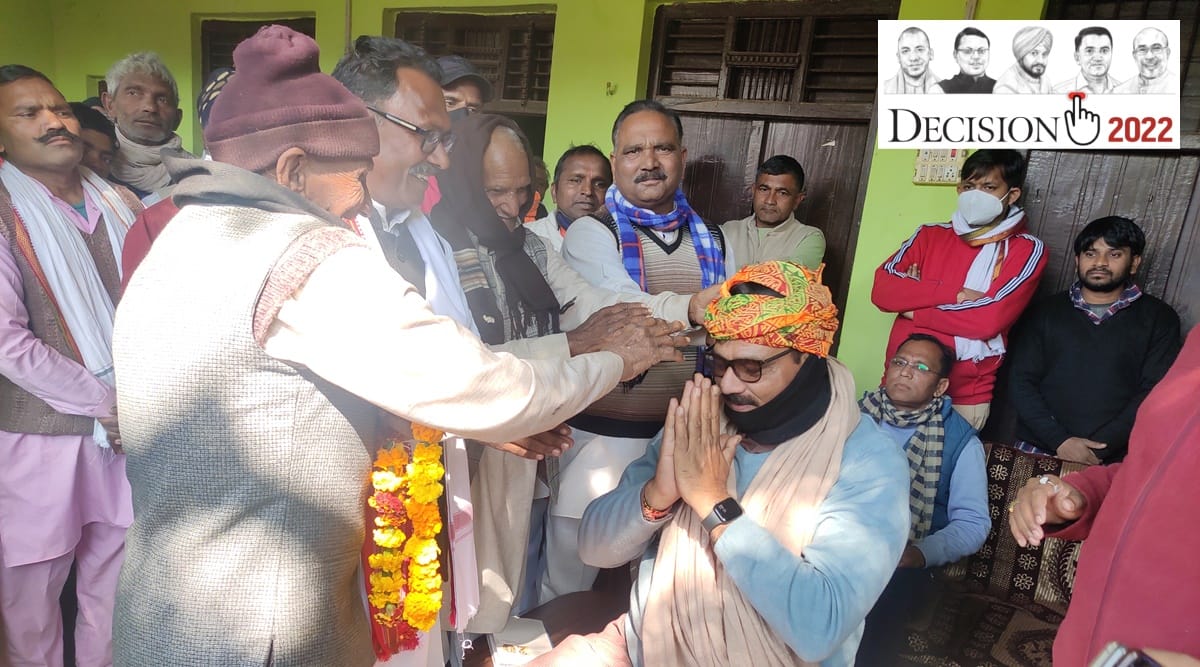 Opinions on the airport, touted as “Asia’s largest” and Yogi Aditayanath’s dream project, however, are divided in the Jewar Assembly constituency of Gautam Buddh Nagar district, with anger high in six villages that are among the most affected. Jewar votes in the first phase, on February 10.

It’s the discontent with compensation for land which SP-RLD candidate Avtar Singh Bhadana is tapping into. “The BJP MLA (sitting legislator Dhirendra Singh) has lured farmers into selling their land. I will ensure four times compensation,” says Bhadana in Ranhera village, which will be acquired in the second phase of the project.

Bhadana is a seasoned, well-travelled politician. Within this Jat belt, he has won four times as an MP, from Meerut in UP and Faridabad in Haryana, on Congress and INLD tickets, then switched to the BJP and won the Meerapur Assembly seat in Muzaffarnagar, UP, in 2017. Just days to go for the current Assembly elections, he switched to the RLD, and got himself the Jewar ticket.

Bhadana’s words find resonance among farmers, who are seeking four times the circle rate for their land instead of two times (the amount decided upon, for change in land use from ‘rural’ to ‘urban’). “Do you think this is an urban area? Even if considered so, let the government apply the ‘urban’ circle rate here,” says Naresh Kumar Sharma from Ranhera, a Thakur-dominated village.

Suresh Thakur, a farmer from the dominant community, says he too would like the hiked compensation, but not at the cost of voting out the BJP. “We should take what the government is offering.”

In neighbouring Rohi village, where around 500 houses stood until a year ago, a few tents in the rubble symbolise the resistance. “We won’t leave until the correct compensation is awarded. A group of displaced farmers has moved the High Court,” says Ravi Kumar, a BSc final year student.

Around 2,000 displaced families from the six villages protesting the most have moved to the resettlement colony on the outskirts of Jewar town. Naya Mohammad, whose Nagla Phool Khan village was among those razed, says the government didn’t keep its promises to them either. “The officials and the MLA promised to build mosques and a burial ground here. Nothing has materialised.”

To woo the Gurjar community to which he belongs, Bhandana is also raking up their “humiliation” over non-inclusion of the word ‘Gurjar’ in the plaque of a statue of 9th century ruler Mihir Bhoj unveiled by Adityanath in September 2021. Besides Gurjars, Thakurs also lay claim to Bhoj’s legacy.

The Gurjars are estimated to number around 50,000 in the seat with a total of 3.5 lakh voters. The other communities that hold key are Muslims and Rajputs, with around 50,000 votes each. With Jatavs accounting for around 70,000, the BSP is also a contender. (The party won the seat in 2012, and was the runner-up in 2017.)

Campaigning in Kishorpur village, Dhirendra Singh, also a Gurjar, says he raised the issue of land use change. “We had a meeting with Yogiji. They told us that an increase in compensation will make the project financially unviable,” claims the MLA.

Dhirendra is also a familiar face, having first come to limelight during the Bhatta-Parsaul land agitation when he had taken Rahul Gandhi to the protest site evading a police cordon. However, in his first election, from Jewar in 2012 on a Congress ticket, he had lost. In 2017, he won as a BJP nominee and has been repeated by the party now.

Dhirendra praises Adityanath for “putting Jewar on the world aviation map”. “Until a few years ago, Jewar’s only claim to fame was Tappal (known for horse-shoe and a horse festival),” he tells a gathering, to a loud cheer.

Dhirendra also claims it was his intervention that ensured that the Noida authority made it mandatory for industries to absorb 40% of their workforce from Jewar.

Another factor in Dhirendra’s favour is his acceptance across communities. Locals say that this could be the only UP seat where the BJP gets considerable Muslim support due to his personal equation with the minorities.

Away from the project epicentre, most voters praise the “double engine” government of Adityanath and Prime Minister Narendra Modi, saying it has improved law and order, plugged ration leakages and improved infrastructure, apart from ensuring farmers an income support scheme. “Though Jayant Chaudhary (the RLD chief) is my distant relative, I, like most of the village, will choose Baba (Adityanath). People have decided to sideline an outsider (Bhadana),” says Raj Kumar Mukhiya of Neemaka Shahjhanpur, a Jat-dominated village.

Bhadana cites his “land in Jhuppa Chantanga in Jewar”, “house in Noida”, to counter: “How can I be an outsider?”

At Bhatta Parsaul, villagers say what they need is a farmer leader like former PM Chaudhary Charan Singh, to prevent continuous stand-offs on land acquisition. However, they don’t see one in Charan Singh’s grandson and RLD chief Jayant. “Is there any other alternative to Baba (Adityanath)? The Bhatta-Parsaul movement could not ensure a Congress victory. The protest against the Jewar airport will also have limited impact. Moreover, Dhirendra is our own,” says Sanjay Sharma of Bhatta village