I give money to public, don’t take it to Swiss bank: Kejriwal

Arvind Kejriwal said that God will cause a miracle by sweeping the broom, the Aam Aadmi Party's election symbol, and catapult his party to power in Gujarat. 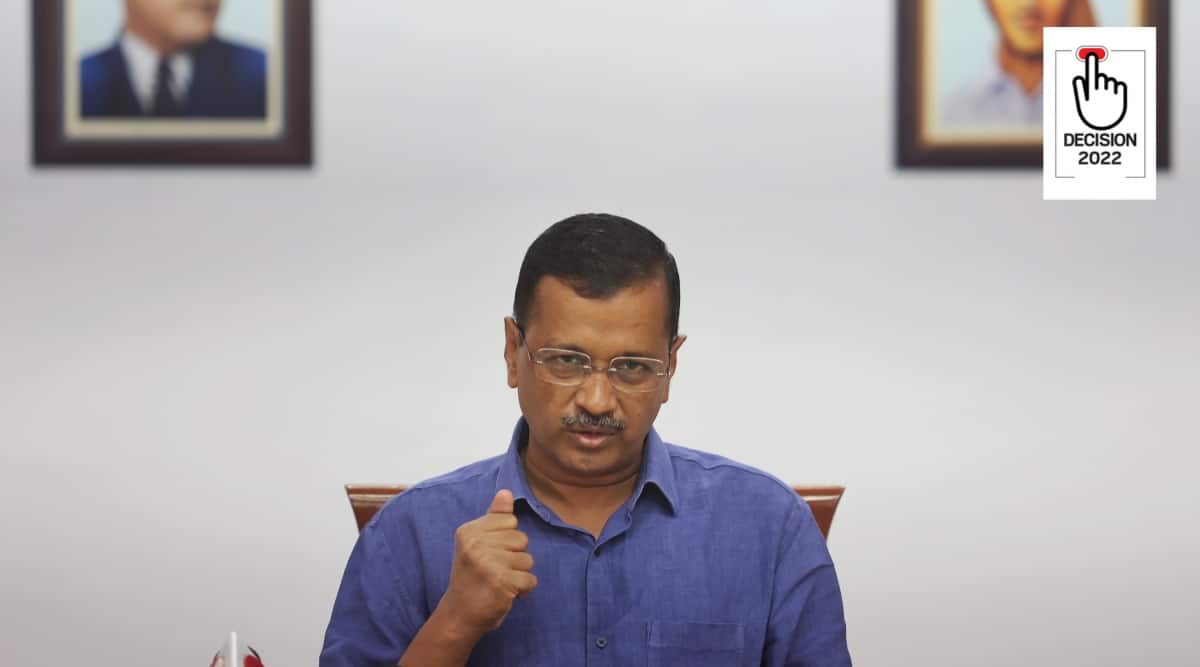 Aam Aadmi Party national convener and Delhi Chief Minister Arvind Kejriwal Saturday said that he is giving money to the people and “not taking it to Swiss bank”, replying to BJP’s accusations of him “squandering money”.

“Ye mujhko BJP wale khoob galiyan dete hain…..Kejriwal sara paisa luta dega. Kejriwal janta ko hi toh paisa de raha hai (These BJP people curse me a lot…..Kejriwal will squander all the money. Kejriwal is only giving money to the public). Kejriwal is not taking the money to the Swiss bank, or building mansions or buying properties,” the AAP chief said in Bhavnagar.

Kejriwal also repeated guarantees of free electricity, allowance for women, employment, unemployment allowance and raised the issue of paper leaks. The Delhi chief minister also claimed to reinstate the Old Pension Scheme by January 31 (2023), if they are voted to power. Asking just five years from his voters in the roadshow, the supremo said, “If I don’t work, then oust me.”

AAP candidates from Bhavnagar West, Bhavnagar East, Bhavnagar Rural, Palitana, Gadhada, Botad and Talaja of Bhavnagar and Botad districts were present in the roadshow as well. All of these constituencies are the stronghold of the BJP, except for Talaja which is Congress dominated seat.

Kejriwal also said that God will cause a miracle by sweeping the broom, the Aam Aadmi Party’s election symbol, and catapult his party to power in Gujarat.

Raju Solanki, who is the AAP candidate from Bhavnagar West, of the two term MLA and Gujarat Education Minister Jitu Vaghani, who has been re-fielded from the same seat.

When the “pot of sin is full, the Almighty sweeps his broom”, the AAP national convener claimed.

“In all of Gujarat, a heavy storm of change is brewing. The entire state has stood up. Some miracle is going to happen this time. It is said in Bhagavadgita that whenever the pot of sin is full, the Almighty sweeps his broom. The Almighty has started sweeping his broom,” Kejriwal said.