Set up in December 2016 and headquartered in Mumbai’s Malabar Hills, Jarvis Technology and Strategy Consulting Pvt Ltd has seen its revenues jump from nil in 2016-17 to Rs 10.5 crore in 2017-18. 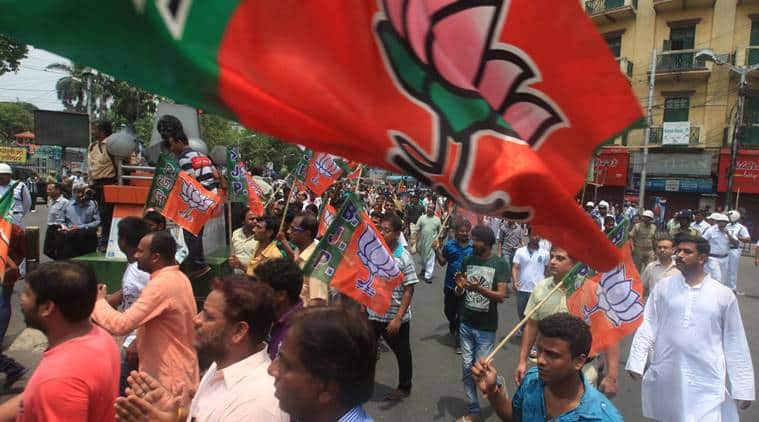 The company’s financial statement for 2017-18 shows it spent Rs 4.8 crore in operating and direct expenses, of which Rs 20.8 lakh was spent on cloud and social media, and Rs 28 lakh on “Vistarak and Whatsup Mobile Exps”. (File)

A LOW-PROFILE campaign consulting firm, with its leadership drawn from the company that led then prime ministerial candidate Narendra Modi’s 2014 election campaign, is among those managing the BJP’s 2019 Lok Sabha campaign strategy. Set up in December 2016 and headquartered in Mumbai’s Malabar Hills, Jarvis Technology and Strategy Consulting Pvt Ltd has seen its revenues jump from nil in 2016-17 to Rs 10.5 crore in 2017-18.

Piyush Jalan and Nandan Jha, directors of Jarvis at the time of its establishment in 2016, and much of the firm’s leadership team started out with Citizens for Accountable Governance (CAG), an company founded by Prashant Kishor that worked with the BJP on the party’s 2014 victory.

Much before Jarvis was incorporated, towards the end of 2014, Jalan, 30, and Jha, 26, set up an unregistered company named Action for Collective Transformation (ACT). Former employees say the company began work in 2014 with Maharashtra Chief Minister Devendra Fadnavis for the Pune Municipal Corporation polls held in February 2017. They add that the company had about 30 employees in mid-2017 but grew to about 450 people by August 2018 to execute the BJP’s campaign plans. The company plans to set up call centres in every state, if not every constituency, for both volunteer and voter outreach, they said.

Jha quit the company in April 2017 and was replaced by Piyush Gupta, a former Oyo employee. Jha was listed as a shareholder in the company with 50 per cent stake, the remaining half being with Jalan, as on March 31, 2018. The company has a paid-up capital of Rs 1 lakh.

When contacted, Jalan declined to comment, citing a “non-disclosure agreement” with the BJP. The party’s IT cell chief Amit Malviya did not respond to requests for comments.

One former Jarvis data analyst in Delhi said their team was given 15 crore data points about applicants and beneficiaries of a specific scheme from each state and tasked with the duty of mapping the individuals to their nearest polling station. The analyst further added that the team also received data on 11 different schemes, including Ujjwala Yojana, Ayushman Bharat and Gram Sadak Yojana. “The task was to identify where these persons would go to vote. This was the target,” the former analyst said.

A current Jarvis employee said the company is working on “developing a system where we can monitor how the cadre is performing on the ground”. Supporting the claim, a senior staff member of the company said, “It (monitoring the performance of cadres) has never been done before and that is what we were trying to do. You usually see political consultants align with the party system a year before the election. But with Jarvis, we were with Fadnavis for three years.”

A former programme manager, who left the firm a year ago, said on condition of anonymity that he had prepared multiple cellphone applications for the company’s clients, including one that helped booth-level party workers collect data points about voters in Maharashtra, including information about caste, occupation, place of work, earning level, education and voting patterns. “It gave us a clear understanding that we should reach out to a certain number of people and the type of content we should provide them,” he said.

The company’s financial statement for 2017-18 shows it spent Rs 4.8 crore in operating and direct expenses, of which Rs 20.8 lakh was spent on cloud and social media, and Rs 28 lakh on “Vistarak and Whatsup Mobile Exps”. In 2017, the BJP launched the Vistarak initiative in various states which required party workers to educate voters about the schemes launched by the Modi government.

Rohtak & Sonipat: Two seats and a high-stakes battle for Hoodas