Gujarat Election 2022 Highlights: No action against ‘real culprits’ of Morbi bridge crash as they are linked to BJP: Rahul Gandhi at Rajkot rally 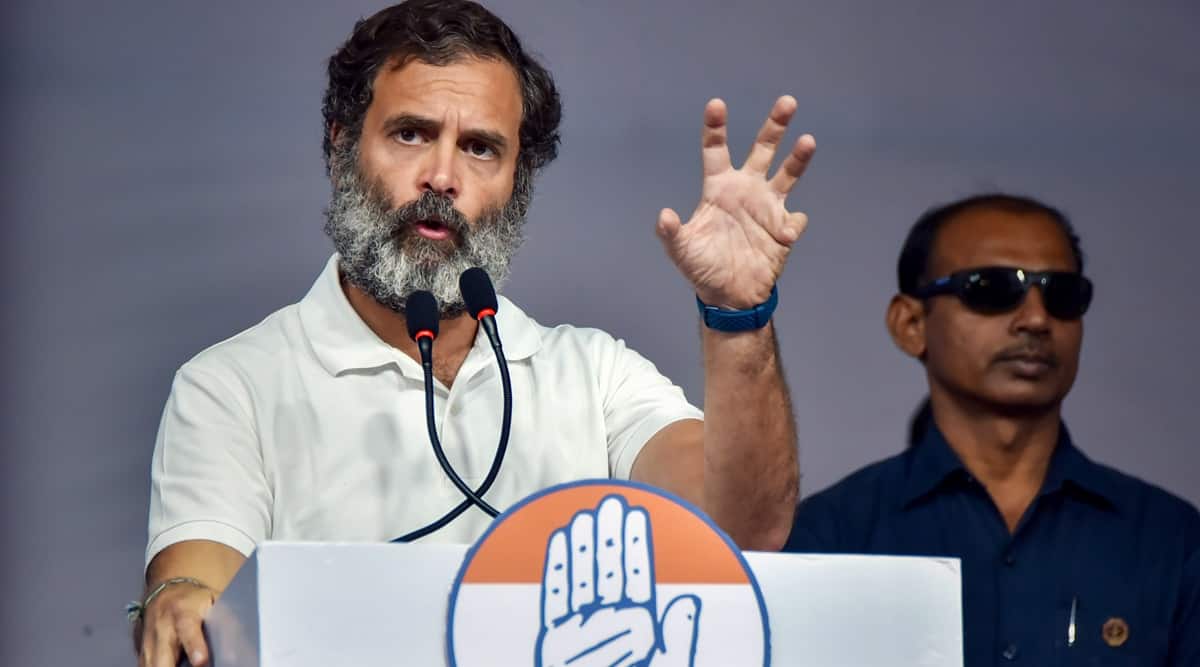 The Congress on Monday accused Prime Minister Narendra Modi of using a child for the poll campaign in Gujarat as it asked the Election Commission and NCPCR to take note. The charge came after the prime minister shared a video of a girl seated with him who spoke in Gujrati about the BJP’s governance under Modi. The video was shared by many BJP leaders and some union ministers too.

Addressing a public rally in Surendranagar, which votes on December 1 in the two-phase Gujarat Assembly polls, Prime Minister Narendra Modi on Monday said instead of talking about development during elections, the opposition Congress is saying it will show him his ‘aukat’ (status). The PM also lashed out at the Congress again over Narmada Bachao Andolan leader Medha Patkar joining Rahul Gandhi’s Bharat Jodo Yatra in Maharashtra and asked voters to punish “Narmada protesters”. He also took a dig at the Gandhi’s Yatra, saying those who have been thrown out of power are taking out yatra to get back to power.