Modi takes on Cong: Calling me names, trying to show me my aukat but silent on development 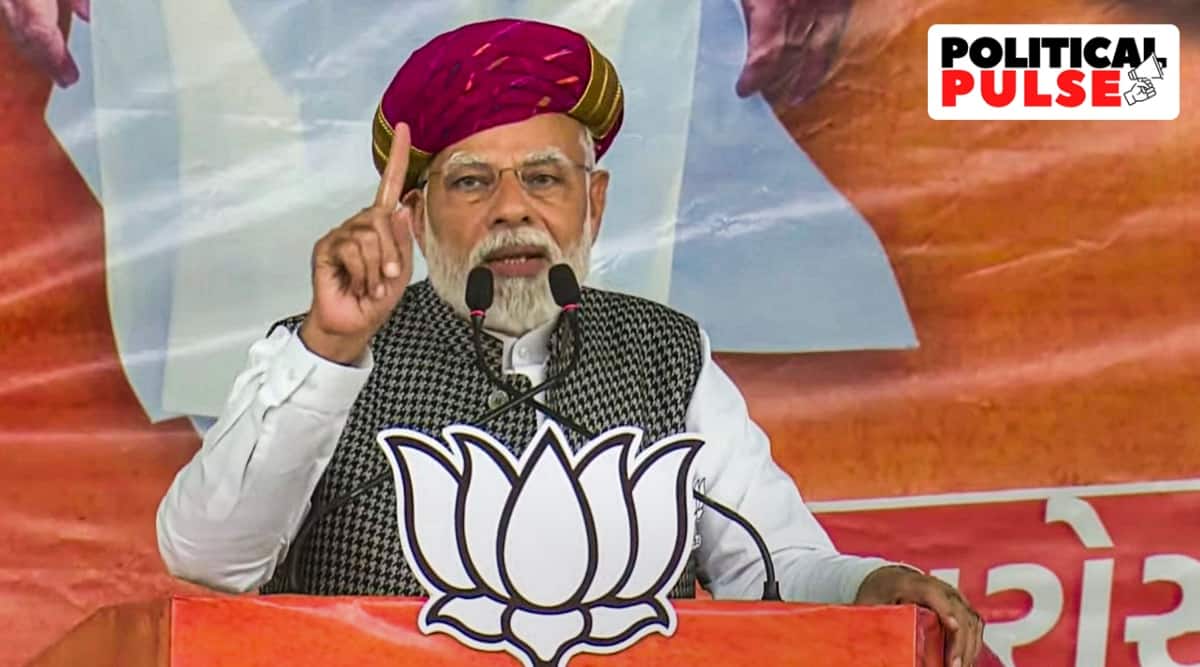 Heating up the campaign trail in Gujarat where Assembly elections are to take place early next month, Prime Minister Narendra Modi launched a frontal attack Monday on the Congress for calling him names, including the promise to show him his “aukat” (status or position), instead of focussing on development issues.

Explained |BJP attacks Congress over Medha Patkar: What was the activist’s role in Narmada Bachao Andolan?

Referring to Congress leader Madhusudan Mistry’s remark that Modi will be shown his “aukat” this election, he said, “Shouldn’t development be talked about in the elections? Who did how much work? Did water and electricity reach or not? We are ready to give hisab (account), but Congress knows that if they raise this issue then the BJP will counter because it has a tremendous record of work completed. So, they do not talk about development. The Congress says Modi ko uski aukat dikha denge. Look at their ahankar (arrogance).”

In Dhrangadhra in Surendranagar district, he said, “You are all royal families, but I am from a normal family. I have no aukat. I am a sevak and sevadar, and sevak and sevadar have no aukat. You called me neechi jati, neechpan, you called me maut ka saudagar, gandi nali ka keeda… and now you have come to show me my aukat. I have no aukat. Please talk about development, enter the contest to make Gujarat a developed Gujarat, and leave these games of showing a person his aukat.”

“But think about those who have been removed from pad (position) by Indians. Such people are doing yatra for pad (position) now. In a democracy, they can do yatra for pad, but those who kept Gujarat thirsty, those who stopped Maa Narmada from entering Gujarat, stalled the project for 40 years due to court cases… for walking with such Narmada protesters, hand on shoulders and doing padyatra, the people of Gujarat will punish you,” he said.

Hockey: Loyola High School to face St Josephs in U-14, U-17 finals