Congress staring at worst performance in Gujarat, say pollsters; AAP’s tally in Gujarat and Himachal not projected to be too high. 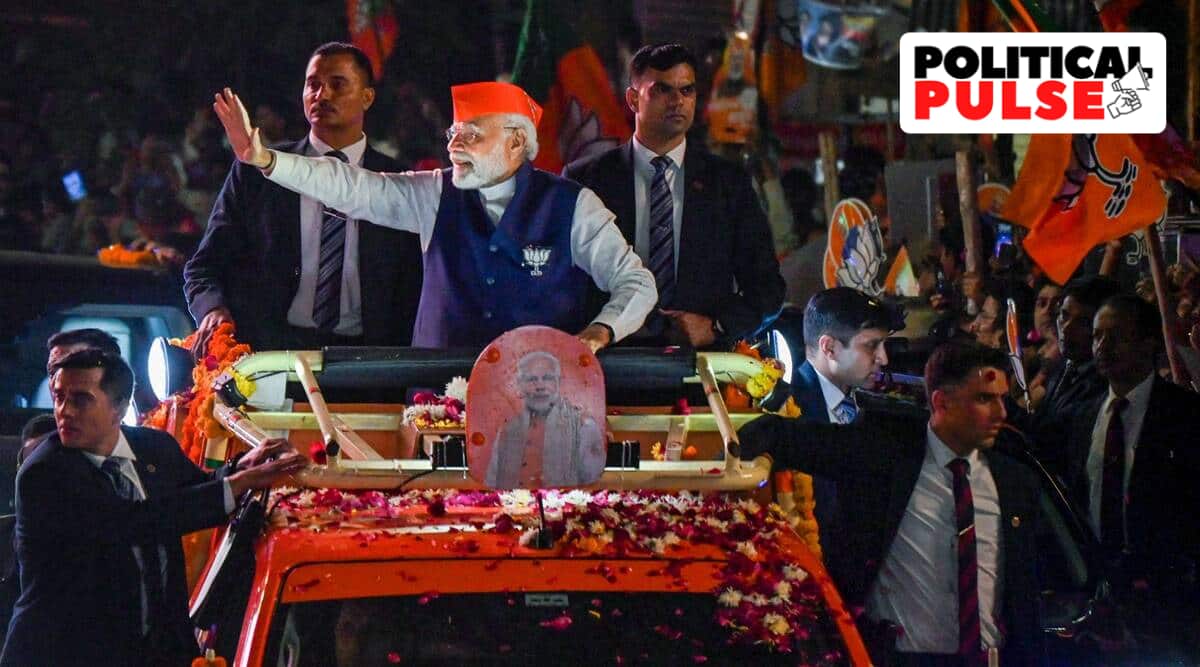 The BJP is headed for a massive win in Gujarat, where it has been in power for nearly two-and-a-half decades, and is marginally ahead of the Congress in Himachal Pradesh, according to exit polls broadcast by television networks after the final phase of voting in Gujarat Monday. Counting of votes will take place on December 8.

Barring one, all pollsters have given the BJP a slender edge in Himachal Pradesh which has a tradition of voting out the incumbent. Most exit polls, however, predicted that the maximum the BJP could get in the hill state is 40, just six seats more than the half-way mark of 34 in the 68-member House. The India Today-Axis My India poll predicted that the Congress could be ahead, winning 30-40 seats and the BJP 24-34.

In Gujarat, pollsters predicted that the BJP could create history and was on its way to begin its seventh consecutive term in power. For the Congress, the exit poll figures were massively disappointing as it could be staring at its worst ever performance.

The big story of the Gujarat election this time was the entry of the Aam Aadmi Party. But pollsters predicted that it may not cross the 20 mark in the 182-member House.

The BJP, which had won 115 seats in 2012, had come down to 99 in 2017 primarily because of a spirited campaign waged by the Congress. The party had then won 77. But this time, the Congress waged a low key campaign and the entry of the AAP and its aggressive high-decibel campaign had injected an element of uncertainty.

The exit poll figures show that the BJP is set to better its 2017 numbers. And the AAP will open its account in a small but significant way. 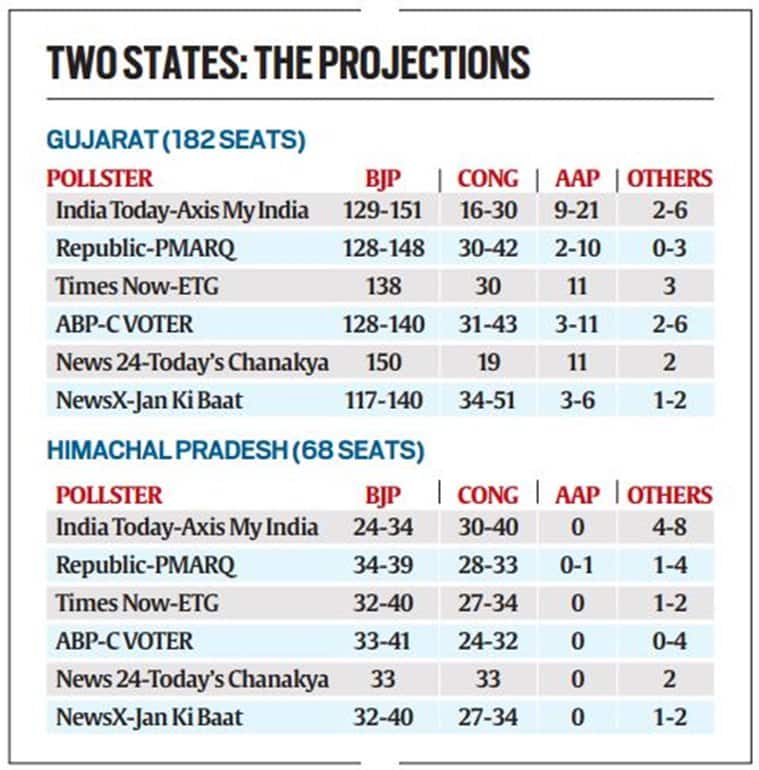 The exit polls for Gujarat and Himachal Pradesh

In Himachal Pradesh, the India Today-Axis My India gave the BJP 24-34 seats and the Congress 30-40. All other surveys gave the BJP an edge.