We can make mistakes, but our intentions are never wrong: Top quotes from PM Narendra Modi’s victory speech 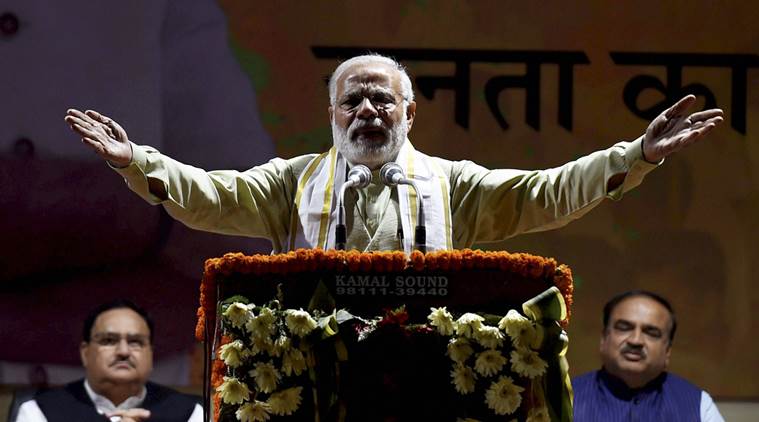 A day after BJP registered resounding victories in Uttar Pradesh and Uttarakhand, Prime Minister Narendra Modi on Sunday held a road show in Delhi, followed by a victory walk and a speech. The BJP has emerged victorious in the politically crucial state of UP after a 14-year hiatus. BJP also produced stupendous performance in the hill state of Uttarakhand, winning a staggering 56 seats while leading in one more seat in the 70-seat assembly.

Here are some of the top quotes by PM Modi:

1. There are many reasons for winning an election but the massive voting that led to this massive win has become food for thought for political pundits .

2.”I have been seeing opinions of political pundits and media reports. We have seen emotional issues dominating elections. No party has won elections only on development agenda and without an emotional issue. But we have done that.

3.”I have seen the deluge of poll-centric dreams, I envision a new India. We want 1.25 crore Indians collectively striving to make New India.

4. We respect and accept the work done by all Prime Ministers and Chief Ministers. In 2022 when we will celebrate 75 years India, we want to have a new India. An India of the dreams of the youth, of empowered women and their dreams. A new India that looks to contribute and not just to take. The India that seeks opportunities to grow.

5. “We have five years and if all Indians pledge their commitment, then India can never lag back.

6. I would like to thank the voters of the five states, want to assure them that we will leave no stone unturned for the betterment.

7. The middle class is the most burdened section, burdened of tax, societal norms… This burden needs to go and that will happen once the poor are empowered to shoulder their own burdens.

And today’s poor do not look for doles, they want opportunities to utilise their hard work. The strength of the poor and the aspirations of the middle class can take India to new heights,”

8. We can make mistakes, but our intentions are never wrong.

9. Our rivals say why do you work so much, it’s a big honour to hear this.