Earlier in the day, he had alleged the BJP was creating "roadblocks" in his nomination process to "prevent" him from contesting elections against Prime Minister Narendra Modi from Varanasi. 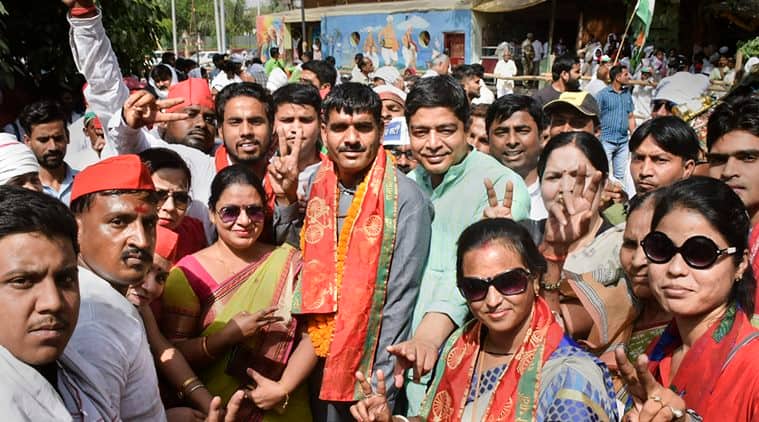 “My nomination has been rejected wrongly. I was asked to produce the evidence at 6.15pm yesterday, we produced the evidence, still my nomination was rejected. We will go to the Supreme Court,” 43-year-old Yadav was quoted as saying by news agency ANI.

The latest move came after the returning officer in Varanasi had served a notice to Yadav seeking an explanation over alleged discrepancies in the two sets of nomination papers he filed for the Varanasi seat, which will go to polls on May 19.

While in the first set of papers on April 24, he had mentioned that he was dismissed from the BSF, in the second set of papers—as the Samajwadi Party nominee—he did not give out this information. He was also required to submit a no-objection certificate from the BSF, giving reasons for his dismissal.

Yadav came into the limelight in 2017 after he shared a video on social media alleging that poor quality food was being served to security forces serving at the border. At the time, he was posted at the administration base in Khet near LoC.

Earlier in the day, he had alleged the BJP was creating “roadblocks” in his nomination process to “prevent” him from contesting elections against Prime Minister Narendra Modi from Varanasi. “I am being stopped from fighting elections as the ‘nakli chowkidar (fake watchman)’ of the country is afraid of the ‘asli (real) chowkidar’,” he had alleged.

Targetting PM Modi, AAP chief and Delhi Chief Minister Arvind Kejriwal alleged that the Prime Minister got the former BSF jawan’s nomination “cancelled” as he was “afraid” to contest against him from the Varanasi Lok Sabha seat.

“There will be fewer occasions in history when the jawans of a country are compelled to challenge their PM, but this is the first time in history that a PM has been so afraid of a jawan that instead of competing with him, he got his nomination cancelled on technical grounds.  Modi ji, you are very weak and the country’s jawan won,” Kejriwal tweeted.

With inputs from ANI, PTI