To ensure safe polling, the Delhi Police has deployed at least 40,000 personnel, 19,000 home guards, and 190 companies of paramilitary forces across Delhi. Apart from this, the Delhi Police have also set up checking drives and flying squads, along with patrolling on boats in the Yamuna. Special security arrangements have been made at the anti-Citizenship Amendment Act (CAA) protest sites like Shaheen Bagh with the help of volunteers. On Friday, at least three SHOs of South East district were stationed at Shaheen Bagh, and the layers of barricades leading up to the site were guarded by the paramilitary force.

The winning formula for the elections seems to be the tried and tested issues of ‘bijli, sadak, paani‘ as promises like free electricity and clean water have found resonance in the manifestos of all the three major parties — BJP, Congress, and AAP.

Besides power and water, reducing air pollution is another issue that has found priority in the manifestos of all three parties.

Moments after exit polls predicted AAP's third term, Delhi's BJP chief Manoj Tiwari exuded confidence over his party forming the government. "All these exit polls will fail… BJP will form the government in Delhi by winning 48 seats… please do not look for excuses to blame EVMs," Tiwari said.

CM Arvind Kejriwal is holding a meeting at his residence on the security of Electronic Voting Machines (EVMs). Deputy Chief Minister Manish Sisodia, Prashant Kishor, Sanjay Singh and Gopal Rai are present in the meeting.

After the exit polls were declared which predicted AAP returning to power, BJP President Jagat Prakash Nadda called for a meeting at 8.30 pm at Pandit Pant Marg. BJP leaders including Vijay Goel, Prakash Javadekar, Hardeep Singh and Nityanand Rai will be present.

The Election Commission informed that a total of 57.06 per cent voter turnout has been recorded. "It is bound to increase. many people are still in a queue. So final data will be different," Delhi's CEO said.

The NDTV poll of polls predicts AAP in the lead securing 48 seats, BJP with 22 and Congress with two seats.

The exit polls predictions for the Delhi polls will be announced after 6.30 pm on Saturday. Counting of votes will take place on February 11. As per the Election Commission, conducting any exit poll and publishing or publicizing the result of exit poll by means of the print or electronic media or in any other manner is prohibited between 8 am and 6.30 pm.

The Elections Commission informed that a total of 53.99 per cent voter turnout has been recorded till 5.30 pm.

Women of family to run household: Kejriwal's reply to Irani

After BJP leader Smriti Irani retorted to Arvind Kejriwal's earlier tweet, stating, "Don't you consider women so capable that they could decide themselves who to vote for," the Delhi CM replied to her saying, "Women of the family have decided whom to vote on behalf of the family. After all, they have to run the household." 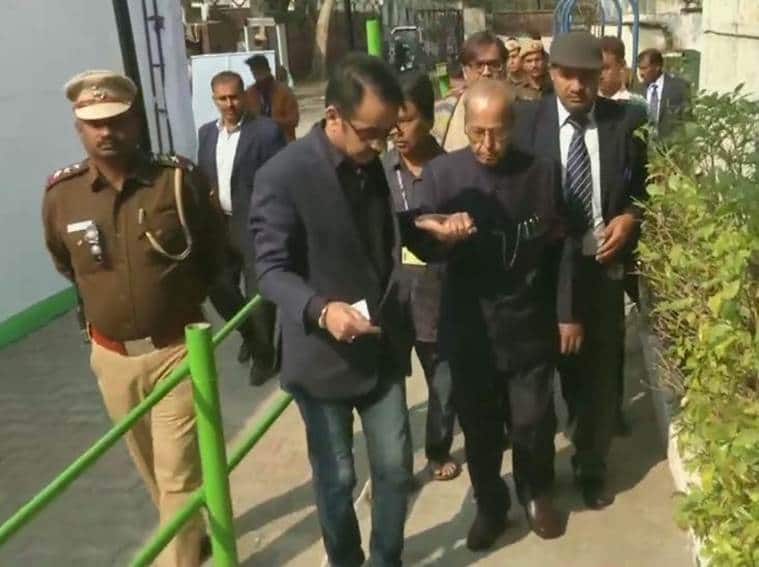 The Elections Commission informed that a total of 29.31 per cent voter turnout has been recorded till 3 pm.

Those shouting 'kagaz nahin dikhayenge' will be defeated in Delhi: RSS functionary

Taking a swipe at those protesting against CAA-NRC, senior RSS functionary Ram Lal on Saturday said those shouting "kagaz nahin dikhayenge" would be defeated in the Delhi assembly election as he appealed to people to show documents while voting. Talking to reporters after casting his vote at a polling booth in Nirman Bhawan, Lal asked voters to keep in mind who can make Delhi the best capital city in the world.

Hundreds of people, protesting against the Citizenship Amendment Act (CAA) and the National Register of Citizens (NRC) in many areas across the country, often raise the slogan of "kagaz nahi dikhayenge" (we will not show show documents. "My message to the voters is 'aaj apna kagaz jaroor lekar jayen. Kagaz jaroor dikhayen' (Today, take your document along with you and show your document)," Lal said. In Delhi, there will be a government which can coordinate with the Centre, Lal, who was in the BJP till last year, said. (PTI)

The Elections Commission informed that a total of 26.36 per cent voter turnout has been recorded till 1 pm.

A first-time voter Raihan Rajiv Vadra, son of Priyanka Gandhi Vadra and Robert Vadra tells ANI: 'It was a nice feeling to take part in the democratic process. Everyone should exercise their right to vote; I think everyone should have access to public transport and it should be subsidized for students.' 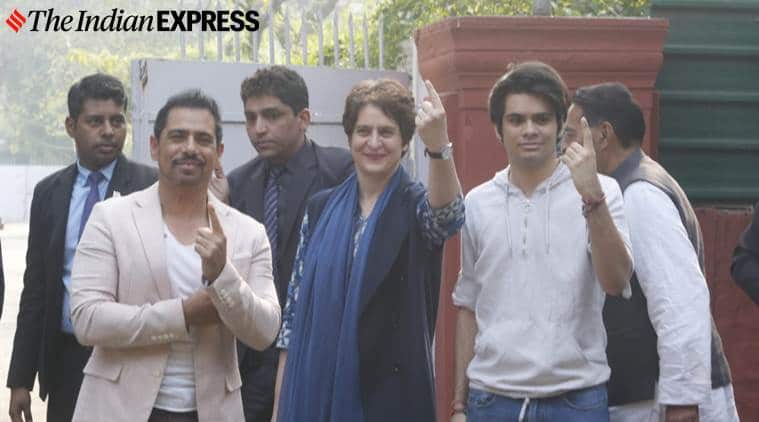 Indianexpress.com spoke to some of the former Aam Aadmi Party (AAP) members  — Yogendra Yadav, Ashutosh and Prashant Bhushan — to know how they looked at the Delhi elections and the performance of the party they were once part of. READ MORE

BJP mocking me ever since I recited 'Hanuman Chalisa': Kejriwal

Delhi Chief Minister and AAP supremo Arvind Kejriwal on Saturday alleged that the BJP has been mocking him ever since he recited the 'Hanuman Chalisa' on a TV channel. Taking to Twitter after casting his vote for the Delhi assembly elections, Kejriwal sought to know what kind of politics the Bharatiya Janata Party (BJP) is doing.'Ever since I have recited the 'Hanuman Chalisa' on a TV channel, the BJP is constantly mocking me. Yesterday, I went to a Hanuman Temple. 'Today, BJP leaders are saying that the temple has turned impure by his visit. What kind of politics is this? God belongs to all. God blesses everyone, including those in the BJP,' Kejriwal tweeted in Hindi. 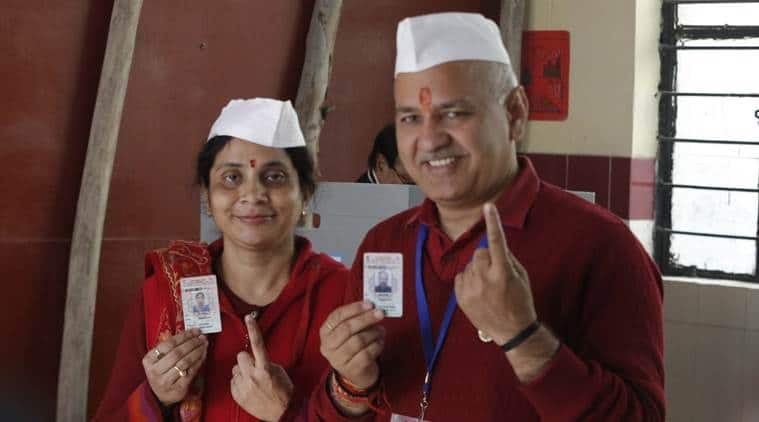 Election Commissioner Ashok Lavasa cast his vote Saturday. He tweeted his support for the efficient conduct with which voting was being organised in the national capital.

Devoting significant space to criticising the Aam Aadmi Party’s education work, making big promises from free public education for girls up to the doctoral level to increasing the education budget by 10% every year — both the Congress and BJP have directly taken on AAP in the field of education.

In its manifesto, AAP has chosen not to reiterate any of its older or incomplete promises. Instead, it has introduced two new points — a “Deshbhakti Curriculum” which CM Arvind Kejriwal had announced in August 2018 as a means to instill a sense of “duty” and “responsibility” towards the country, and introducing spoken English and soft skills for students who have graduated from any Delhi school in the past five years to increase their employability.

The BJP’s campaign had been dominated by Union Home Minister Amit Shah’s public meetings, in which he had alleged that AAP has not fulfilled its education promises or built a single new school or college.

The biggest promises that the party has made in the field of education are to increase the education budget by 10% each year, and to open 200 new schools and 10 new colleges. It has also promised introduce a “Sanskrit board” and Sanskrit learning in the Sanskrit medium.

The Congress manifesto claimed that under AAP, lakhs of students shifted from government to private schools. It also alleged “more publicity by the AAP government than actual improvement in school”.