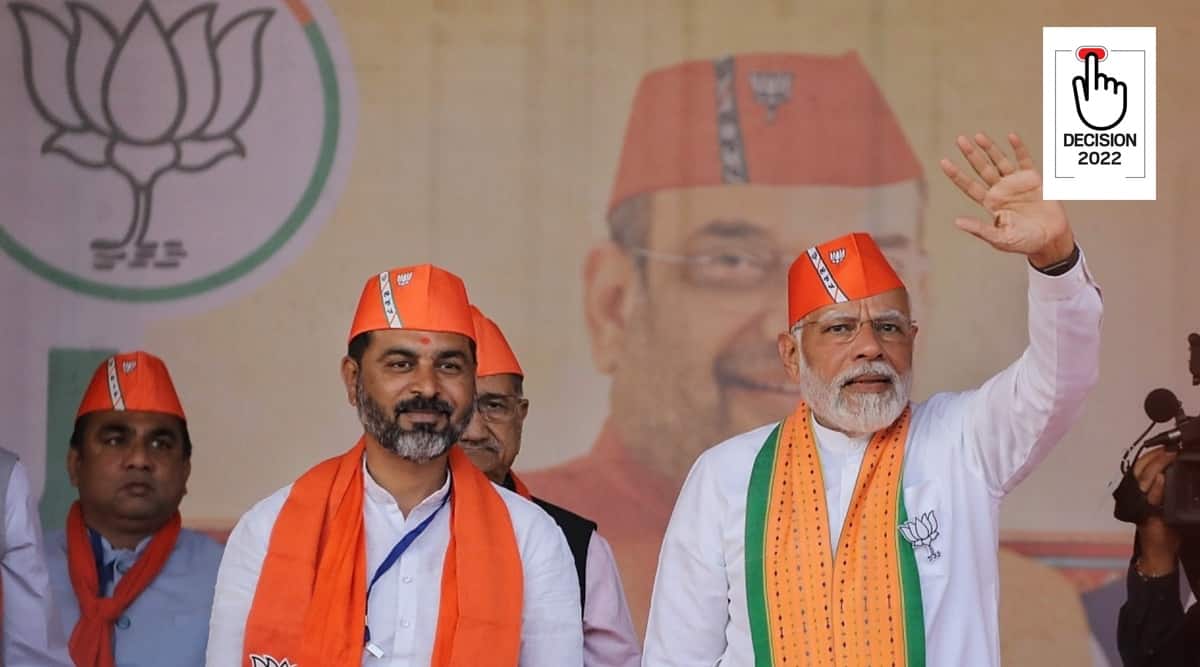 Launching a scathing attack on the Opposition Congress and other “smaller” and “power-hungry” parties, Prime Minister Narendra Modi Sunday said that they look at the issue of terrorism through the eye of vote-bank and appeasement.

Addressing a rally in Kheda district, Modi said it was necessary to save Gujarat and the country from such parties, which can be done only by the double-engine BJP government.

Referring to the Mumbai terror attack of 2008, Modi said, “What happened in Mumbai was the height of terrorism… Gujarat has also been a target of terrorism for long. Whether it is Ahmedabad or Surat, a number of our brothers and sisters have been killed in serial blasts… Gujarat wants this game of terror to end. The BJP government in Gujarat had taken detailed action on sleeper cells of terror.”

Adding that only the BJP can save the young generation of Gujarat, the PM added, “We used to nab the terrorists and… the Congress government at Centre used to make efforts to get them released… We kept saying to target terror, but the Congress government continued targeting Modi and not terror. As a result, the morale of terrorists went high and each major city of the country started witnessing terrorist attacks… a Congress leader even started crying in support of terrorists after the Batla House encounter.”

Attacking the Congress and other opposition parties, the PM went on to say, “The Congress sees terrorism as well through the eye of vote-bank and appeasement… now various parties have cropped up and these parties too believe in the politics of shortcut. They are a bit more power-hungry and are out to do politics of vote-bank and appeasement… their lips get locked even after most gruesome terror incident to ensure that certain people do not feel bad or their vote-bank does not get disturbed.” 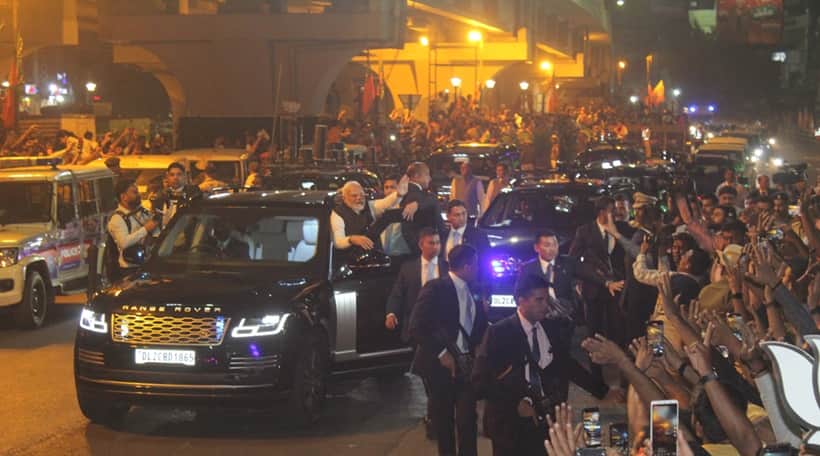 When terror cases reach court, people associated with such parties represent the terrorists, Modi said, adding, “It is very necessary for Gujarat and the country to be alert about such parties. In 2014, your one vote helped us a lot in trampling terrorism… now the masters of terror have to think 100 times even to spread terror on the border.”
Modi also mentioned how some political parties had raised questions even on surgical strike and added that any country that takes terrorism lightly falls in trouble.

In the context of Gujarat, the PM said, “I have to save the young generation of Gujarat which has never seen curfew from bomb blasts…. Only the double engine government of Gujarat can do this.”
Modi also referred to Congress president Mallikarjun Kharge who is on a tour of Gujarat and said that Kharge has announced that they will show Modi his “aukaat (worth)”.

“Can we have any aukaat? We are straightforward people who stay busy in serving the people. You and I are all the same. Now, he (Kharge) has been sent by Soniaben (Gandhi). Let’s see what aukaat he shows us,” Modi said, adding that the Congress had done no good of the Other Backward Class communities in the state.

Before addressing the gathering in Kheda, Modi also addressed a rally in Netrang of Bharuch district, which is dominated by tribals, where he said that Congress had never honoured tribals. He added that it was the BJP government that got a tribal woman elected as the President of India while the Congress fielded a candidate against her.

In Netrang, Modi also mentioned about two tribal boys from Gujarat — Avi and Jay, studying in Class 9 and 6 respectively, who lost their parents to an illness six years ago. Since then, he added, the two were spending their lives on their own. Modi said that he saw a video of their plight and got them a house with all the facilities.

Festive and wedding season detox: Here’s what you can do after indulging a little too much