When Rathore was made the state Congress chief, the party unit had been in a disarray due to an open war between his predecessor Sukhvinder Singh Sukhu and the then CM Virbhadra Singh. 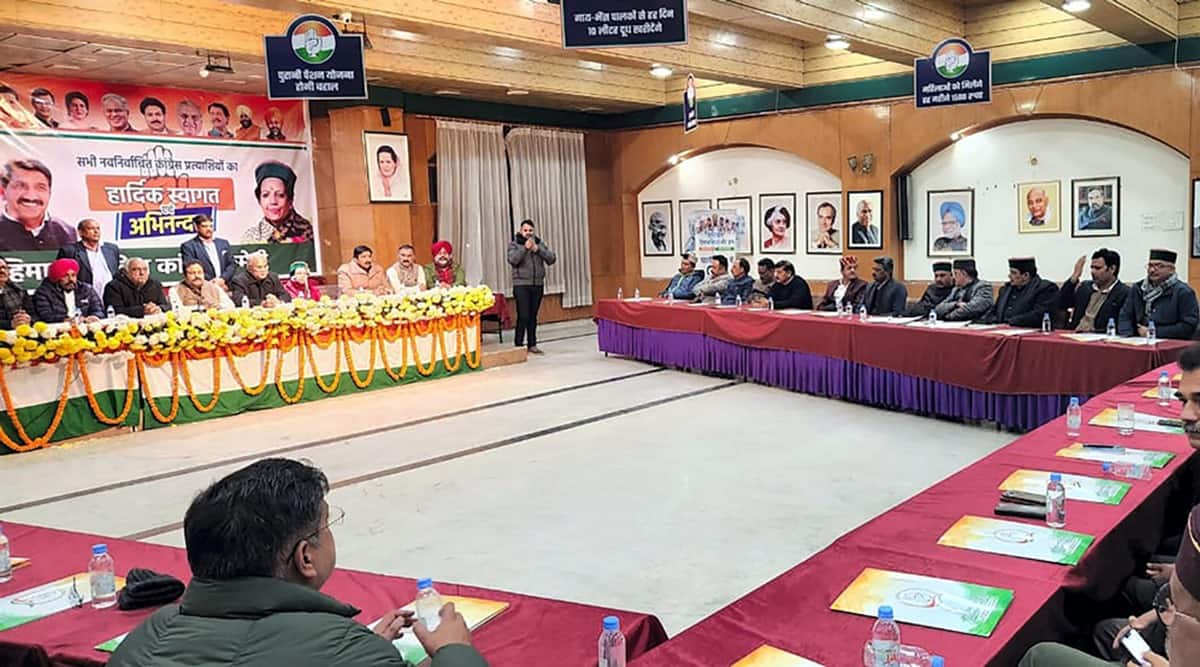 After voting on November 12 for the Himachal Pradesh Assembly elections, former state Congress president Kuldeep Singh Rathore dashed to Delhi. And that started a race. Leaders like Sukhvinder Singh Sukhu, Mukesh Agnihotri and Kaul Singh Thakur, all of them CM contenders, soon reached the national capital.

“I am an AICC spokesperson. That’s a new responsibility I have been given. (Former PM) Indira Gandhiji’s birth anniversary falls on November 19. I was called for a function. Since I was in Delhi, I met our party president Mallikarjun Kharge ji and (general secretary) K C Venugopal ji. These were courtesy calls and my job as a party spokesman required me to call on senior party leaders,” Rathore told The Indian Express. “But others thought I was lobbying.”

As for the race to be CM, the 61-year-old who made his foray into electoral politics from Theog and won by 5,300 votes, said, “It is the high command’s prerogative (to choose the CM candidate). I have discharged to the best of my ability whatever responsibility I have been given so far. In future too, I’ll do whatever I’m told to.”

On the immediate challenge for the Congress, Rathore said, “To run the government efficiently and effectively. We have to do well in the coming Lok Sabha elections as well.”

When Rathore was made the state Congress chief, the party unit had been in a disarray due to an open war between his predecessor Sukhvinder Singh Sukhu and the then CM Virbhadra Singh. He said he “succeeded in putting a lid to differing voices coming out from the party.”

“The high point of my tenure was 4-0 bypoll victory last year,” Rathore added.