“Chirag-ji is a colleague in Parliament. He is a very energetic leader. Even in Parliament, he raises issues of Bihar with a lot of dedication and statistics. He has made his stand very clear,” the BJP leader said. 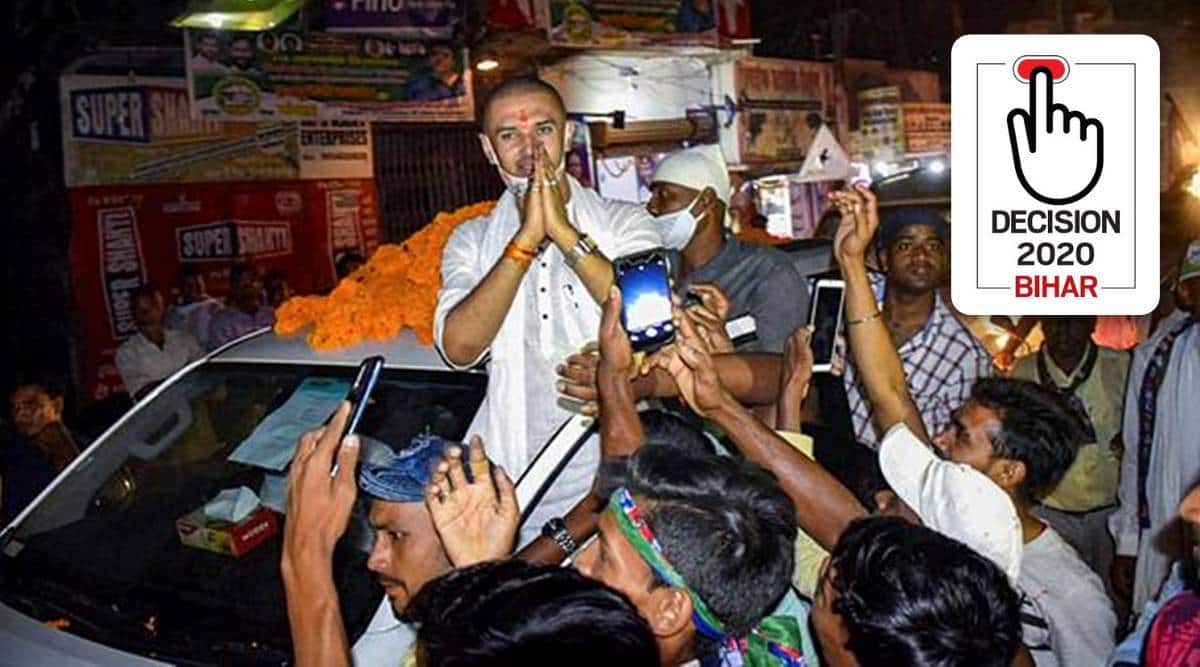 LJP president Chirag Paswan, who broke away from the NDA in Bihar and has continuously attacked JD(U) chief Nitish Kumar, has come in for praise from BJP Yuva Morcha chief Tejasvi Surya.

Paswan caused a flutter after he walked away from the alliance in Bihar, but has been consistent in his praise for Prime Minister Narendra Modi, and in the Bihar polls, is squaring off only against JD(U) candidates.

Campaigning for the BJP in Arrah on Sunday, Surya was asked about Paswan by reporters. “Chirag-ji is a colleague in Parliament. He is a very energetic leader. Even in Parliament, he raises issues of Bihar with a lot of dedication and statistics. He has made his stand very clear,” the BJP leader said.

Asked if that meant Paswan could be part of a government with the BJP, Surya said that was a post-poll discussion. “That is a matter for after the elections. He is a well-known leader. He is a young leader and a special friend of mine. I wish him the very best. Whatever the results, we can discuss after the elections,” he said.

Surya, however, said that the BJP’s agenda was clear and the NDA’s chief ministerial candidate continues to be Nitish Kumar.

“In the next government too, Nitish Kumar-ji will be chief minister. The BJP and the NDA will get two-thirds majority and will win the election. And Nitish Kumar will be the CM of the future government,” he said.

Responding to the RJD’s election manifesto promising 10 lakh jobs, Surya said, “He (RJD leader Tejashwi Yadav) is only spreading falsehood and false hope. When they had the chance to be in government, why did they not think of 10 lakh jobs… Now they are spreading lies by this 10 lakh lie. ‘Princes’ who have become politically unemployed after the coming of Narendra Modi are now spreading these lies.”