"I don't consider him the country's PM, hence I didn't sit for the meeting. I don't want to be seen with him on the same platform. I will speak to the next PM. We can take care of cyclone damage by ourselves," Mamata said at a rally in Jhargram. 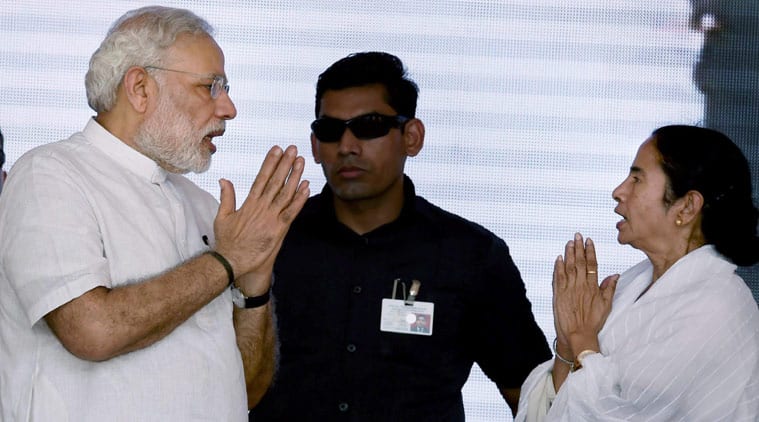 The two leaders have been attacking each other in the poll rallies. (File)

Hours after Narendra Modi claimed that West Bengal Chief Minister Mamata Banerjee did not respond to his requests for talks over Cyclone Fani, the TMC supremo on Monday said she did not sit for the meeting as she doesn’t consider him the country’s prime minister.

“I don’t consider him the country’s PM, hence I didn’t sit for the meeting. I don’t want to be seen with him on the same platform. I will speak to the next PM. We can take care of cyclone damage by ourselves. We don’t need Centre’s help ahead of polls,” ANI quoted Banerjee as saying at a rally in West Bengal’s Jhargram.

WB CM in Jhargram earlier today: I don’t consider him the country’s PM, hence I didn’t sit for the meeting.I don’t want to be seen with him on the same platform. I’ll speak to the next PM.We can take care of cyclone damage by ourselves. We don’t need Centre’s help ahead of polls. pic.twitter.com/alYGFZZa8E

Mamata’s remarks came after PM Modi earlier in the day accused her of “playing politics” over cyclone relief. “The Centre is involved in relief work but the speed breaker in West Bengal tried to play politics over this situation. I tried to talk to her (Mamata) but her arrogance is so much that she refused to talk to me. I kept waiting with the hope that she will call back but she did not,” PM Modi said at a rally in West Bengal’s Tamluk district.

On PM Modi’s remarks that the TMC was reprimanding people shouting ‘Jai Shri Ram’, Banerjee said that it was the slogan of the BJP and the party was trying to force everybody to chant it. “Does Ramchandra become BJP’s election agent when the election comes?” Mamata asked.

“Why should I give your slogan? I will not chant the name of rotten Modi or rotten BJP. They are trying to erase the culture of Bengal,” Banerjee was quoted as saying by PTI.

The tussle between PM and the West Bengal CM came to the fore after a video, that went viral on social media, showed Mamata stopping her car at a place in West Midnapore district and chasing some persons who chanted ‘Jai Shri Ram’ as her carcade was passing through. Targetting her on the move, PM Modi said that in Bengal people are not allowed to chant ‘Jai Shri Ram’ and that saying it in public places is considered as a crime.

Naga Chaitanya: It is a lovely feeling that there is someone waiting for you at home