🔴 Congress candidate Kamaljit Karwal claimed that Bains supporters intimidated his son after they found that Bains' posters were removed from the spot. 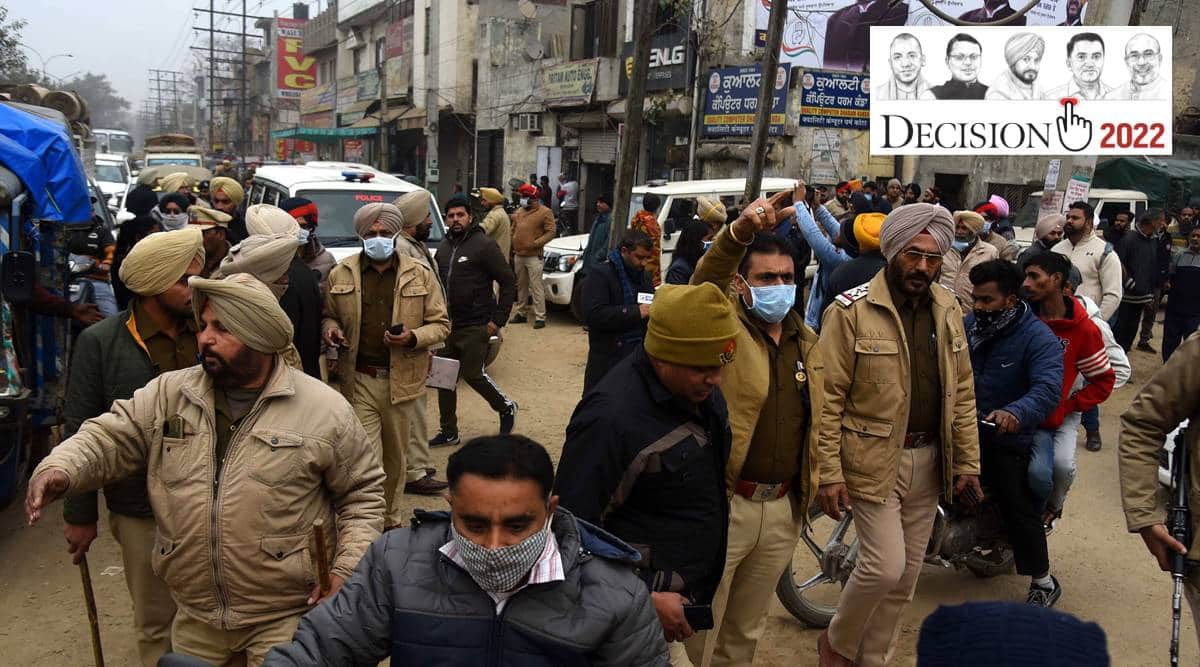 Police after the clash between Lok Insaaf Party and Congress workers at Gill road in Atam Nagar constituency of Ludhiana, Wednesday. (Express Photo by Gurmeet Singh)

The supporters, including family members, of LIP MLA Simarjeet Singh Bains and Congress leader Kamaljit Karwal clashed over poll posters in Janta Nagar and Chet Singh Nagar of Ludhiana Wednesday.
Bains and Karwal are locked in a political contest from Atam Nagar constituency of Ludhiana.

Congress candidate Kamaljit Karwal claimed that Bains supporters intimidated his son after they found that Bains’ posters were removed from the spot. “They assumed that we removed Bains’ posters but we did not. We pasted our posters there only because the spot was vacant. Someone else might have removed their posters. But after seeing our posters there, Bains’ brother Paramjit Bains alias Pamma and nephew stopped my son Paramvir’s vehicle and intimidated him. After a slight argument, police intervened but later more of his supporters including his son, Ajaypreet, reached the spot and a clash happened. Two of our men were injured,” claimed Karwal.

Bains supporters, however, said that the clash started after Karwal’s supporters allegedly removed Bains’ posters and installed theirs. Workers from both sides suffered injuries, including Paramjit Bains.

The turban of Simarjit Bains’s son, Ajaypreet Singh, was also tossed off during the clash.

A heavy force has been deployed in the area after the clash. Police said the clash started over removing each other’s posters from the walls.

Bains condemned the incident and accused Karwal of indulging in poll code violation. He also accused supporters of Karwal of carrying weapons and attacking his son, brother and other workers.

A bunch of youngsters were seen brandishing sharp-edged weapons and were spotted roaming in the area in full public view.

Police said that the matter was being probed and an FIR was being registered at division number 6 police station after recording statements of both parties.