AAP, which is making a third bid to return to power in Delhi, claimed that 35 candidates with incomplete papers insisted that they would not allow Arvind Kejriwal to file unless their nominations were accepted. 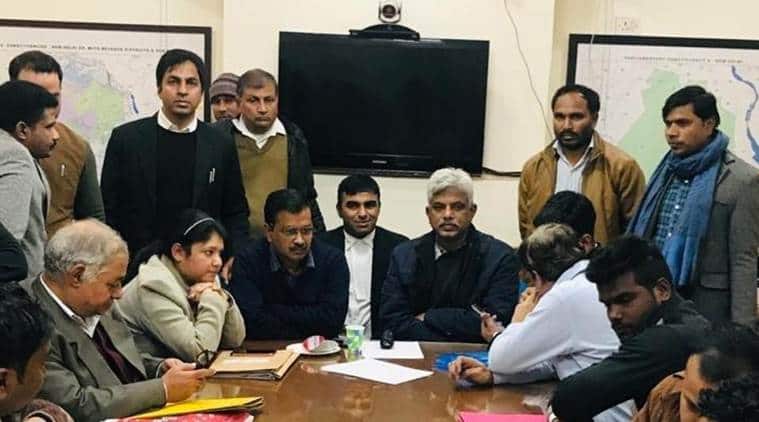 Holding token number 45 and after waiting for over six hours, Delhi Chief Minister Arvind Kejriwal finally filed his nomination on Tuesday for the New Delhi Assembly seat as dozens of independent candidates queued up at Jamnagar House to file their papers. The drama at the Returning Officer’s (RO) chambers saw AAP accusing the BJP of “conspiracy” and sending 35 candidates to just block Kejriwal’s nomination.

Kejriwal failed to file his nomination on Monday due to a delay caused by his roadshow. “Waiting to file my nomination. My token no is 45. There are many people here to file nomination papers. I am so glad so many people participating in democracy,” Kejriwal said in the afternoon.

AAP, which is making a third bid to return to power in Delhi, claimed that 35 candidates with incomplete papers insisted that they would not allow Kejriwal to file unless their nominations were accepted.

“Around 35 candidates sitting at RO office with CM, without proper nomination papers, without even 10 proposers. They are calling their proposers on phone to come. They are insisting unless their papers are complete and they file nomination, they won’t allow CM to file nomination,” AAP MLA Saurabh Bharadwaj’s tweeted.

Doesn’t matter. Many of them r filing for the first time. They r bound to make mistakes. We also made mistakes the first time. We shud hand hold them. I am enjoying waiting wid them. They r all part of my family. https://t.co/9s8hRDnjSU

According to guidelines, while nominations can be filed till 3 pm, candidates who have already collected tokens to file their papers are allowed to do so beyond the time limit.

Smelling a rat, Deputy Chief Minister Manish Sisodia said no matter how much the BJP conspired, they would not be able to stop Kejriwal from filing his nomination.

“BJP, no matter how much you conspire, you will not be able to stop Kejriwal from filing his nomination or from becoming the chief minister for the third time. Your conspiracies will not yield any result,” Sisodia tweeted.

Meanwhile, in an attempt to clear the air, the Election Commission of India (ECI) issued a press release this evening dismissing any role of the election machinery in connection with the delay in Kejriwal filing his nomination. “In this regard, it is hereby clarified that the above information on social media is misleading information and there is no deliberate delay on the part of the election machinery,” the release stated. 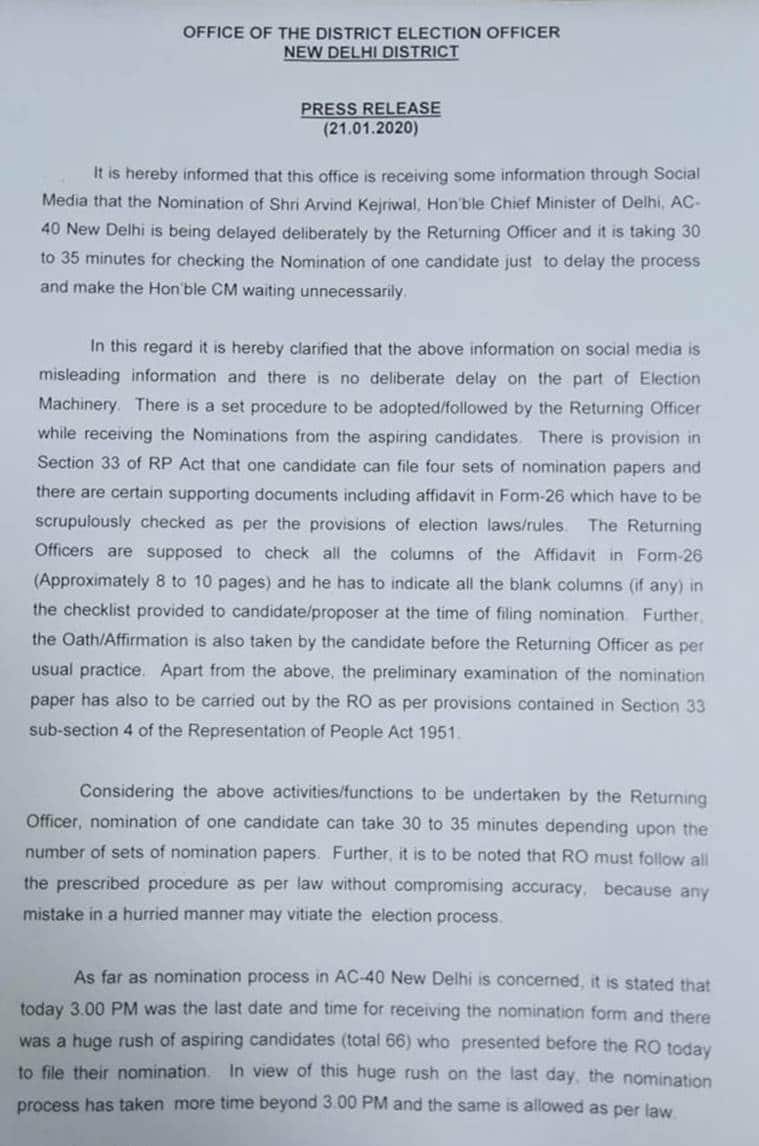 Further, laying down the procedure followed by the Returning Officer, the ECI said the nomination of one candidate can take 30 to 35 minutes depending upon the number of sets of nomination papers.