The outcome of the February-March Assembly elections in five states, especially Uttar Pradesh, is going to be crucial for the BJP and the Narendra Modi dispensation. 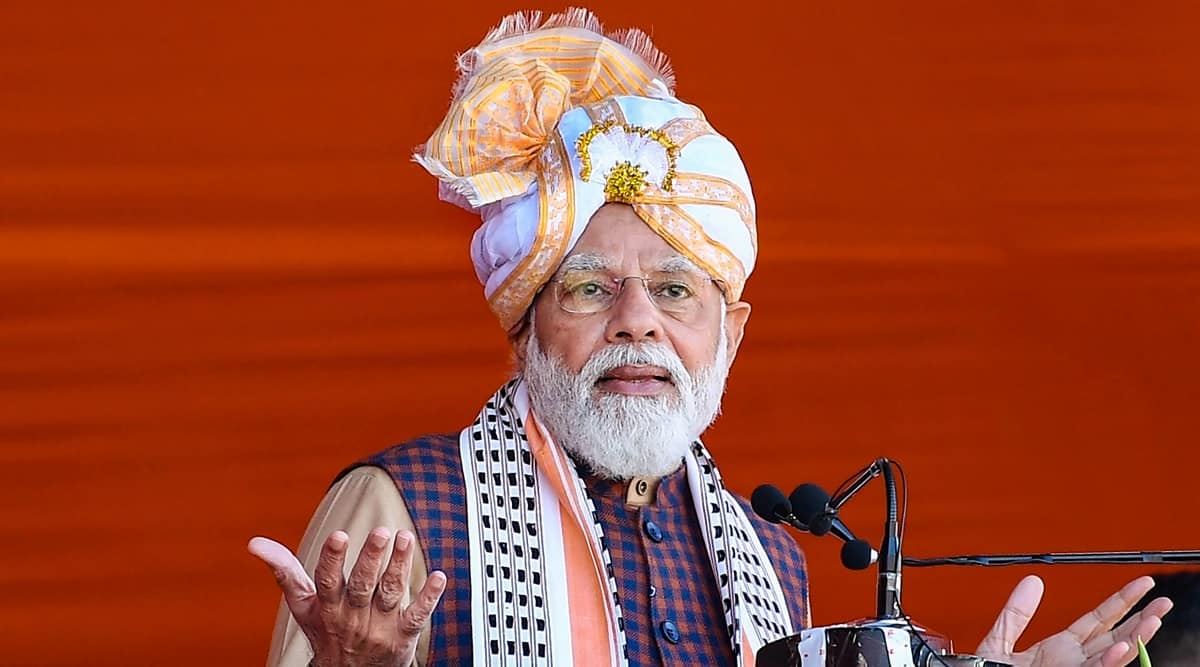 Battle lines have been drawn with the Election Commission Saturday declaring the schedule for Assembly elections in five states — including Uttar Pradesh, Punjab, Uttarakhand, Goa and Manipur — whose outcome is going to have crucial ramifications for the ruling BJP.

Except Punjab, the BJP is ruling in all these states. The polls also mark the middle period of the Narendra Modi government’s second term.

For the BJP, which has been in an election mode for the last six months, retaining power in the four states — especially the Hindi heartland state of Uttar Pradesh, the most populous state in the country — is crucial, even as the party has made its election campaign centred round Prime Minister Modi once again.

The scale on which the BJP raked up the issue of a security breach during the PM’s recent visit to Punjab clearly signalled that Modi will continue to be the face of its electioneering for the coming round of Assembly polls too.

The elections will be held amid the third wave of the Covid pandemic and could be a test for the BJP dispensation, both at the Centre and in states, which had drawn flak for its handling of the second Covid wave during April-June last year while also getting kudos for the nationwide vaccination programme thereafter.

The saffron party is looking for a successive win in UP to boost its prospects in the 2024 general elections. The UP victory is considered to be crucial for the BJP’s plan to further consolidate the organisation and expand its reach across the country.

For Uttar Pradesh Chief Minister Yogi Adityanath, who has emerged as a key BJP leader and a highly polarising figure in the party’s poll campaigns, it will be the first Assembly polls as the CM, whose results will have a critical bearing on his own political career — even within the BJP politics as he is considered by a party section to be a potential successor of Modi.

Uttarakhand might be a tough battle for the BJP which had to change its Chief Ministers thrice in the state in four months last year. With the anti-incumbency factor and the state government’s alleged failure in generating jobs perceived to be hurting the party’s electoral prospects, the BJP leadership is keen to replace 40 per cent of its sitting MLAs with fresh faces in the hill state, party sources said. Although it has set a target of scalping 60 seats in the 70-member Uttarakhand Assembly, it is going to be an uphill task for the faction-ridden state unit.

A victory in Manipur would help the BJP retain its recently-attained dominance and influence in the North-east region,

with the party maintaining that its “double-engine government model at the Centre and in the states” has brought development at the doorstep of the “region neglected so far”. However, party leaders have admitted that the electoral scene in Manipur, despite the weakening of the Congress, is still tricky due to the entry of new players like the Trinamool Congress.

In Goa, the BJP would capitalise on a division in the Opposition ranks, with the AAP and the TMC entering the fray and launching aggressive campaigns that might harm the main Opposition Congress. However, the prevailing “communally-charged situation” could pose a big challenge for the party’s bid to retain its Christian support base. The BJP banks on the combined Christian-Hindu votes for clinching power in the coastal state.

In the Congress-ruled Punjab, where the BJP has not become a formidable electoral force on its own, the party is going for a gamble. After joining hands with smaller parties like former CM and Congress rebel Capt Amarinder Singh’s newly-floated outfit Punjab Lok Congress, the BJP appears to be focusing on preventing the Congress from returning to power in the border state, which stood by the Opposition party amid the Modi wave even during the 2019 Lok Sabha elections. However, BJP leaders claim that emerging as a major Punjab player may be possible if the party focuses on the state’s about 40 per cent Hindu voters, which the party had not been able to do hitherto due to its “coalition compulsions”.

Unlike in West Bengal in the 2021 Assembly polls, where it could not beat the Mamata Banerjee-led Trinamool Congress, a regional party, the BJP will be now in direct fight with the Congress in Uttarakhand, Manipur, Goa and Punjab. “Any win for the Congress could be damaging for the BJP’s future plans as it would revive that party and could easily muster support for a strong anti-BJP front at the national level,” said a senior BJP office-bearer. The BJP is to lock horns with the Congress in Gujarat and Himachal Pradesh in the Assembly polls due by the end of this year.

The results of the current round of Assembly polls will also be crucial for the Congress as the party struggles to find its salience in the national politics.

Since 2014, the BJP had lost power in a number of states, such as Maharashtra and Jharkhand, despite fighting the battle while keeping Modi as the face of its campaign. The party would now need to retain the four states not only to boost its future prospects, but also to bolster its position in the Rajya Sabha as well as in the upcoming Presidential election.

The BJP would also need to win the upcoming round of Assembly polls for ideological reasons. Political observers say the poll outcome would be significant for its future electoral politics as the BJP has incorporated Hindutva in its poll campaign despite having showcased a slew of its new development projects in these states.

With the EC announcing restrictions on the electioneering in view of the Covid protocols, the BJP leaders said its poll machinery is already geared for a digital media-driven campaign. They said the BJP has a “system in place and on the ground” for such campaigns, which would, they added, give the party an edge over its rivals in the fray.