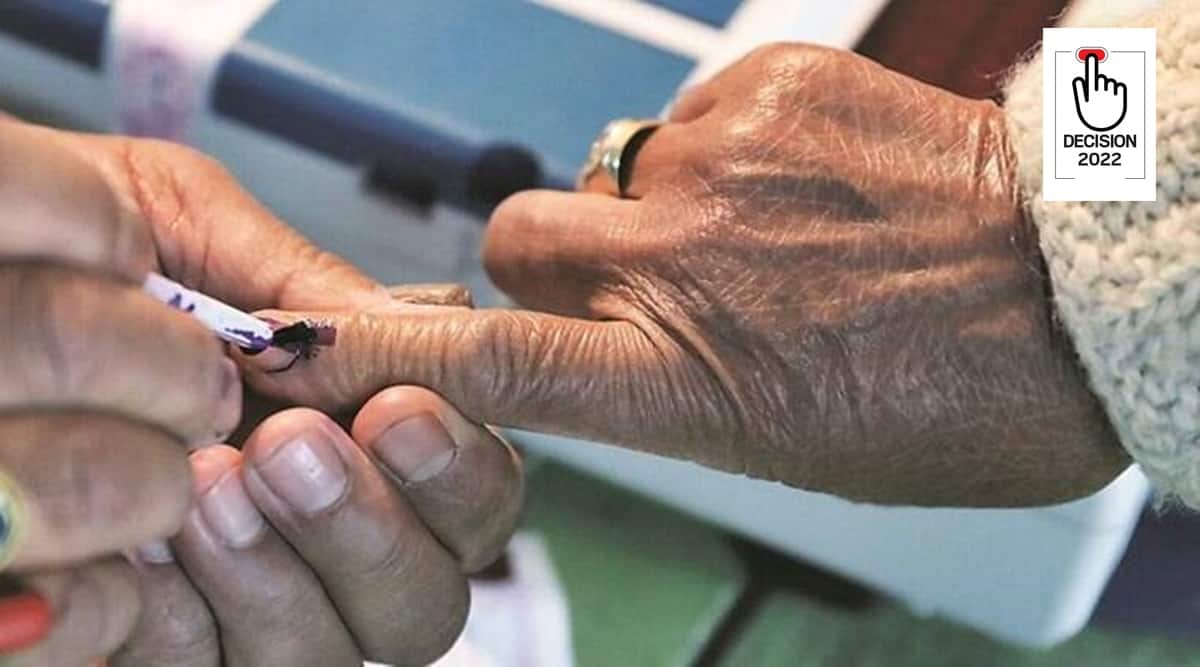 Hardik was convicted in one case in 2018 when a court in Mehsana punished him with two years jail and Rs 50,000 fine. (File)

In Phase-2 of Gujarat Assembly elections scheduled on December 5, the Congress and the Aam Aadmi Party (AAP) have the highest number of candidates with criminal cases and Hardik Patel from the BJP has the highest number of 21 cases lodged against him, states a report released by Association for Democratic Reforms (ADR), Monday.

However, Hardik Patel, who recently quit Congress and joined the BJP, and is fighting from Viramgam seat in Ahmedabad district, has the highest number of cases lodged against him. He is facing two charges of sedition (IPC Section-395), one charge related to abetment of offence punishable with death or imprisonment for life (IPC Section-115), three charges of rioting (IPC Section-147) and two charges related to punishment for dacoity (IPC section-395), among others.

Hardik was convicted in one case in 2018 when a court in Mehsana punished him with two years jail and Rs 50,000 fine. He has appealed against the conviction.

Among major parties, the second highest number of criminal cases in Phase 2 is against Congress candidate from Vadgam, Jignesh Mewani, with 10 cases. They include two cases for promoting enmity between different groups on grounds of religion, race, place of birth, etc., and doing acts prejudicial to maintainance of harmony (IPC section-153A), two related to voluntarily causing hurt to determine public servant from his duty (IPC section-332) and one related to assault or criminal force to woman with intent to outrage her modesty (IPC section-354). Mewani was convicted in two cases in September 2022 and May 2022, against which he has filed an appeal.

The BJP is not far behind with 81 per cent (75) of their 93 candidates being crorepatis. Only 35 per cent (38 candidates) of the AAP fall in the crorepati category. In second phase of 2017 election, all the three parties had lower percentage of richer candidates (BJP 77 per cent, Congress 76 per cent and AAP 71 per cent).