Decision 2019: 15 BSP leaders cross over, BJP chipping away at UP alliance

Across Uttar Pradesh, which goes to polls in seven phases starting April 11, 28 leaders from different Opposition parties, also including the SP, RLD and Congress, have joined the BJP over the last month. 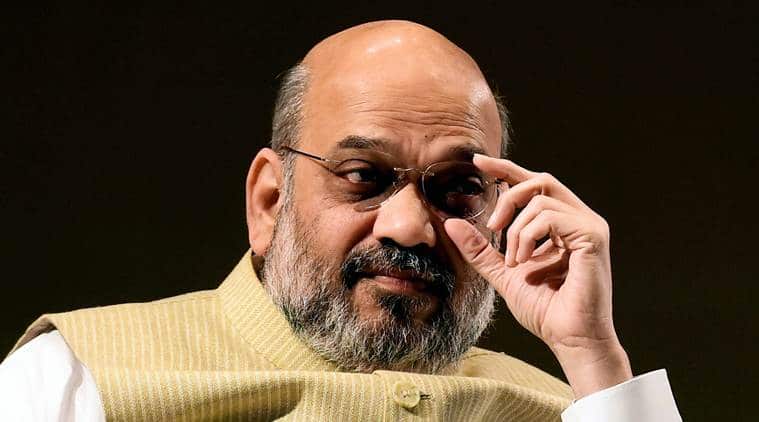 The BJP has said that its doors are open for new leaders who will get more votes. (PTI Photo)

With less than a month to go for the Lok Sabha polls, and just two months after the BSP announced a seat-sharing tie-up with the SP in UP, at least 15 prominent leaders of the Mayawati-led party has switched to the BJP, including 11 who have contested on its symbol in state and general elections.

Across the state, which goes to polls in seven phases starting April 11, 28 leaders from different Opposition parties, also including the SP, RLD and Congress, have joined the BJP over the last month. But BSP leaders form a clear majority in that group, with at least one admitting that his move was aimed at securing a ticket from his constituency.

The BSP and SP sealed their tie-up in January, with Mayawati’s party contesting 38 seats and Akhilesh Yadav’s team on 37.

The BJP has said that its doors are open for new leaders who will get more votes. But this chipping away at the BSP is also seen as part of the BJP’s tactic to erode what has emerged as a key alliance that can upset its poll arithmetic in a crucial state.

Among the BSP leaders who have switched sides include a state minister and those who have played key organisational roles in the party.

They include Vijay Prakash Jaiswal, who joined the BJP on March 12. As BSP candidate in Varanasi in the 2014 Lok Sabha elections, Jaiswal got 60,579 votes against the BJP’s prime ministerial candidate Narendra Modi. An OBC leader, Jaiswal switched sides after the Varanasi seat went to the SP.

“I got votes because of my personal popularity and not because of the BSP. My presence can help the BJP in Varanasi,” said Jaiswal.

Another BSP leader who switched on the same day is Gutiyari Lal Duwesh of Agra. A Dalit leader, Duwesh was elected as MLA for the BSP from Agra Cantonment in 2012 but stood second in 2017.

Former BSP national spokesperson Ummed Pratap Singh, who lost the 2007 Assembly election from Rampur Khas in Pratapgarh district, has also joined the BJP. Singh was an active BSP leader but switched after being denied a ticket from Pratapgarh.

Another disappointed hopeful who has changed sides is Vedram Bhati, who won the 2012 Assembly election from Jewar in Gautam Buddh Nagar but lost in 2017. The BSP has fielded Satveer Nagar, a new face, from the constituency this time.

A prize catch for the BJP is Ramhet Bharti, a minister in the previous Mayawati government and a Dalit leader from Sitapur district. Bharti won the Assembly elections from Hargaon in 2007 and 2012 but lost in 2017. “He was a devoted founder member of the BSP. He has a strong following in this area,” said BJP’s Sitapur district president Ajay Gupta.

Three-time MLA Chhotelal Verma, who defeated the SP candidate from Fatehabad in the 2012 Assembly elections, joined the BJP 11 days after Bharti, on February 23. Verma held a minister’s rank in the previous Mayawati government. “I have joined the BJP in the hope of getting a Lok Sabha ticket from Fatehpur Sikri,” Verma said.

When contacted, BJP state general secretary Vijay Bahadur Pathak said: “We have kept our doors open for new leaders, this will add new voters to the party. More people will join the BJP in the coming days.” BSP state president R S Kushwaha did not respond to calls and text messages from The Indian Express seeking comment.