Zia must confess her wrongdoings if she wants to go abroad for treatment: Bangladesh law minister

Law Minister Anisul Haq added that if someone can find other legal provisions over this, he would quit his profession. 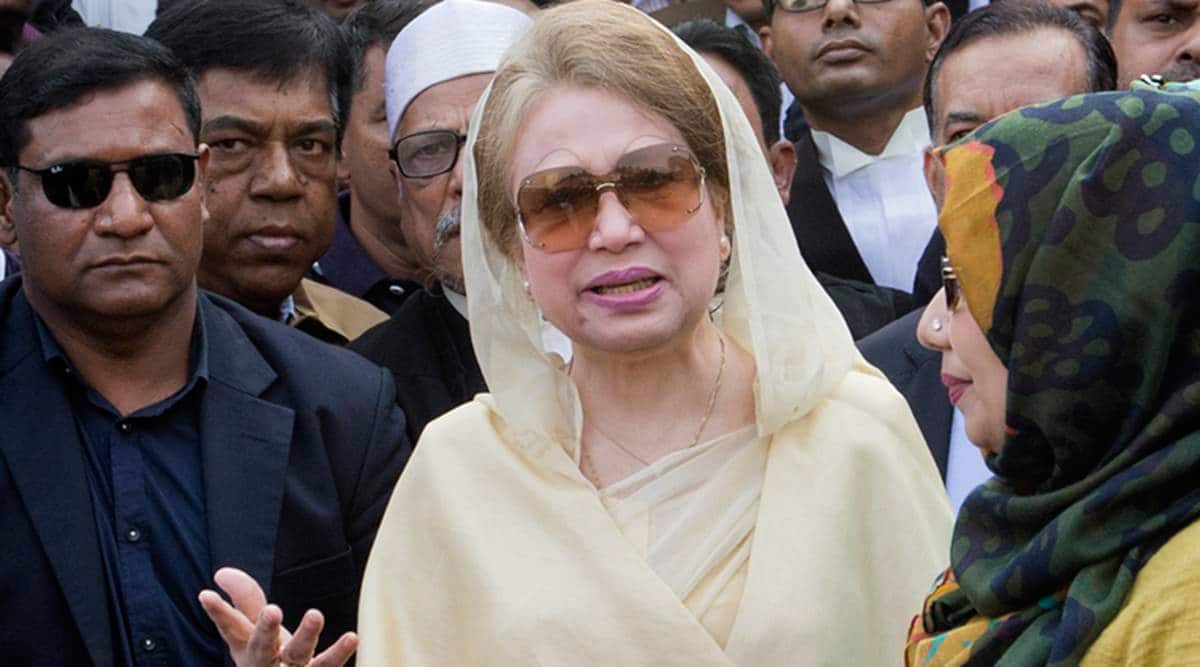 Khaleda Zia must confess her wrongdoings and apologise to the President if she wants to go abroad for treatment, a senior Bangladeshi minister has said after the former premier’s party members accused the government of preventing her from going outside the country for better medical care due to political reasons.

Speaking in Parliament on Wednesday, Law Minister Anisul Haq said: “Zia must confess her wrongdoings and offer apologies to the President to go abroad for receiving treatment,” The Daily Star Bangladesh reported.

If someone can find other legal provisions over this, he would quit his profession, the law minister said.

Mirza Fakhrul Islam Alamgir, Secretary-General of the BNP, last week said: “AFM Siddique, head of the medical board formed for overseeing her treatment, informed that Zia recovered from COVID-19 but is suffering from post-Covid complications. She is not out of danger yet.

She needs to be taken abroad for better treatment for liver and other complications, he had said.

BNP lawmakers Harunur Rashid and Mosharof Hosen alleged that the government was not allowing Zia to go abroad for political reasons.

Responding to the allegations, the law minister said Zia’s family members had applied for her release and said she had to be taken abroad.

“But in their application, they did not mention any provisions of the law. We considered that appeal under 401 (of penal code) and her sentences were suspended on two conditions and she was released,” the minister said.

Zia’s family accepted the conditions and took her home from jail, he added.

Pointing to BNP leaders’ repeated appeals to send Zia abroad, the law minister asked, “Once an application is disposed of, can it be reconsidered?”

Throwing out a challenge, the minister said there are six sub-sections in the law.

“If you (BNP MPs) can show under those sub-sections that you will be able to apply again (to take Zia abroad), then I will not be in the legal profession anymore,” he said.

Referring to Zia’s treatment, he said she received proper treatment.

Amid the coronavirus outbreak, the government on March 25 last year freed the two-time prime minister from jail for six months, suspending her jail sentences in two graft cases which were extended several times.

Zia was admitted to a hospital on April 28, three days after testing positive for coronavirus for the second time. She first tested positive on April 11 and also has arthritis, diabetes and eye problems.

She was released from the hospital on June 19.

On February 8, 2018, Zia was sent to the Old Dhaka Central Jail after a lower court had sentenced her to five years imprisonment in the Zia Orphanage Trust corruption case.

She was found guilty in another corruption case the same year. Her party, however, claims both the cases are politically motivated.

New gaming laptop? Here are the best accessories to get next